HANGING OUT IN THE GREEN DESERT

We’re in the desert but it doesn’t look like what one would expect for a desert.  According to Wikipedia, the Sonoran Desert is a North American desert which covers large parts of the Southwestern United States in Arizona and California, and of Northwestern Mexico in Sonora, Baja California and Baja California Sur. It is one of the largest and hottest deserts in North America, with an area of 311,000 square kilometers (120,000 sq miles).  In this area there are vast areas of Greasewood shrubs (Creosote bush) and Palo Verde and Mesquite trees as far as I can see with their differing and changing shades of green.  There are even a few Saguaro Cactus within our viewscape.  With the welcome heavy showers we had overnight, the green should continue for a while.  We’re basking under sunny skies today and the solar is fully charging the batteries.   Yesterday’s relentless wind has gone and so far we just have a light breeze today.
We arrived in the Bouse area just before dark Tuesday and grabbed the first spot we came to.  Unfortunately, the internet was not very good in the whole area where we like to be so we moved over to the two week free camping area at about two mile on the Plomosa Road.  We hadn’t planned on coming over here for a few more days but the internet was too frustrating to endure.   It’s amazing how we’ve come to rely on the internet on a daily basis in such a short time.  Even with the Wilson Trucker Antenna we couldn’t get very reliable service on the other side of the hills while here we are getting great internet just with the booster and little antenna.
We had a bit of excitement on the drive over.  Just as we were coming by Casa Grande on I-8, a tan Chevy Tahoe came screaming down an on ramp just ahead of me.  Not far behind was a police Tahoe in hot pursuit followed by at least five more marked and unmarked police vehicles.  Suddenly a ways in front of us there was a lot of dust billowing up.  It appeared the bad guys cut across a tilled field expecting to go cross country to elude the police.  They didn’t get far as I could see their Tahoe hung up on a rise which I think was an irrigation ditch.  It looked like their front wheels were hanging in the air but they might have ripped the front axle off too.
I’m looking forward to getting back to some geocaching while we’re in this area.  I noticed on the computer that well over one hundred new caches have been placed close by so I won’t have to go as far as I thought.  Jim is getting well hooked on geocaching as well.
Jacquie and Jim arrived this afternoon.  It seems they managed to get to deal with a title office up in Mesa yesterday and got the paperwork signed and the money is in trust so they can allow the new owner to take possession of the lot.  If the title office in Florence knew what they were doing, they could have told Jacquie and Jim they could get their passports certified down here at an IRS office rather than having to send them back to Canada.  When we get around to selling our property some time down the road, I think we’ll avoid those turkeys in Florence.   They seemed so great when we were buying. 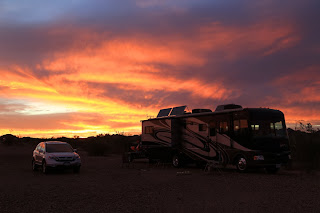 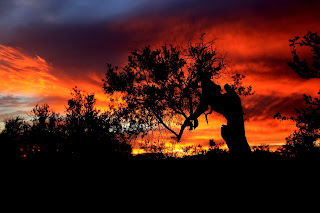 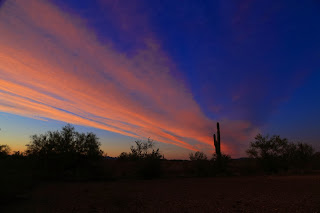 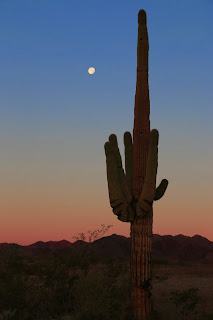 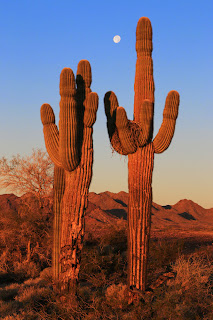 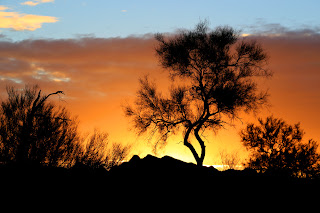 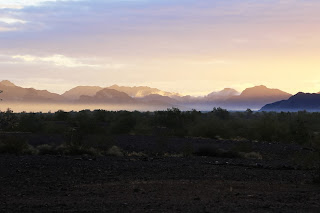 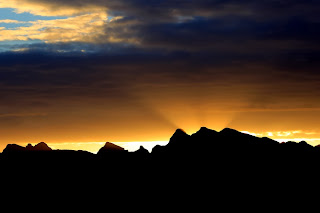 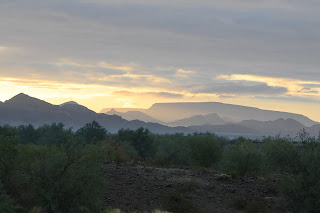 Posted by John and Aileen on the road at 1:13 PM