We’ve had much cooler weather the past few days and the electric heater is running most of the time to keep the chill away.  I’ve been bundled up in my warmest clothes on our walks lately.  I don’t care if the neighbours joke about it, I intend to keep comfortably warm.  We had frost a couple of mornings and it looks like we’re not done with it yet.
I had a boot go on my left front axle on the ATV so after a long drive up to Chandler for the parts, Jim gave me a hand yesterday to change it out.  We were done in a little over an hour which is way faster than I had anticipated.
We have been searching the stores for Keen shoes and sandals and for some reason they are in very short supply.  We’re wondering if the factory had a fire or something as even online, it is difficult to find many sizes.  We managed to find one pair each at Cabela’s the other day but not the ones we were looking for.  The big show store where we found so many last year doesn’t even have any in stock and the “sales” staff didn’t even know there was a brand by that name.  I can’t believe how unknowledgeable much of the sales staff is in this area.  The other day when Jim and I went to the ATV dealer for parts, I got chatting to one of the salesman.  The dealership sells Honda ATVs.  When I asked if they had any side by sides in stock, the reply was “Honda makes side by side?”  Well only for several years and they have a new one called Pioneer that has been featured in lots of the media for the past couple months.  Enough of that rant!
Jim and I have done a bit of geocaching.  We anticipate doing lots more when we go over to the Quartzsite area.  We are heading there on the 17th of this month.
Mitzy had another spell of not feeling well and showing it at both ends.  Once again good old canned pumpkin came to the rescue.  For some reason the pumpkin seems to be a powerful remedy for stomach upsets in canines.  Aileen made some pumpkin dog cookies which Mitzy is very fond of.
We are cooking another turkey tomorrow for the ATV club December potluck/Christmas party.  We had a nice turkey for the US Thanksgiving and will have another in the desert for Christmas.  While shopping in Coolidge the other day, I noticed the store had a free turkey if you had a $100 order.  Since the turkey was gluten free, we got busy raising our order up from $25 to just over $100.  It wasn’t too hard once I started adding more steaks to the cart.  This turkey will provide a nice meal for us and friends after we return from Quartzsite.


We continue to work on Mom’s diaries and Aileen has unleashed a new weapon on the project.  It is called Dragon Naturally Speaking and it is a program that listens to your speech and types it out for you.   There was quite a learning curve to get it up and running but it seems to be working fairly well.  Aileen says it is faster than her typing and it is easier on her body since we don’t have ideal typing positions in the motor home.  I have finished printing the year 1995 which ended at page #4,856. 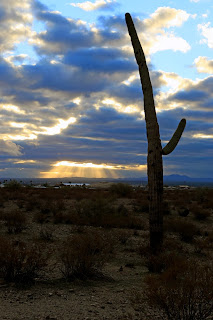 On our walk this morning, the skies were rather heavy 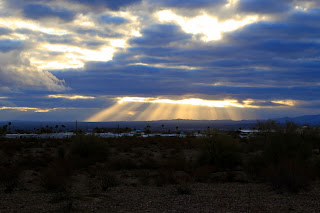 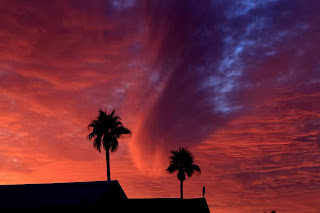 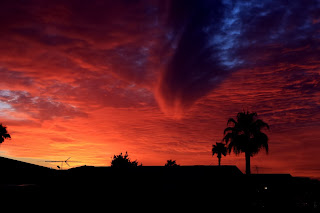 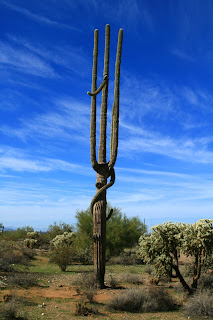 This saguaro was rather interesting I thought 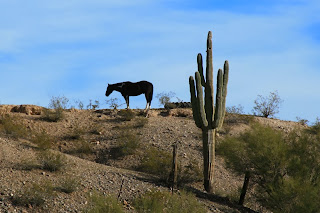 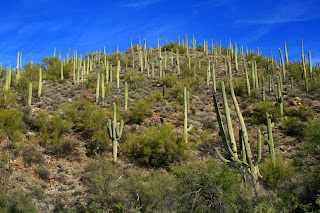 I'd call this Cactus Hill 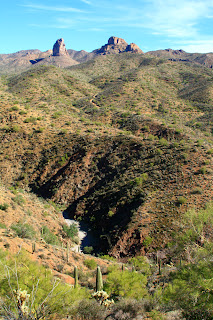 Some of the pretty country we ride through 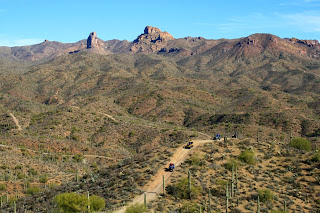