We’ve been so busy lately I haven’t found time to put together a blog post.  I’ve been geocaching three times in the past week but much of our time has been taken up with getting the RV solar working correctly.  I had to put four new batteries in December 31 as the others had failed from being run too low too many times due to the faulty solar controller and/or original install.  This past week has seen the addition of two more batteries, another solar panel on the roof as well as replacing the charge controller.  We seem to be finally where our BC dealer promised us four years ago.  After many return visits to him over the years including moving the system from the trailer to the motor home, I feel he just doesn’t understand solar.  Dealing with Solar Bill in Quartzsite has been an eye opener.  He seems to have corrected all the mistakes and his pricing is far cheaper.  He understands what is required in each situation and isn’t bashful in giving his opinion.  We wish we had never had the work done in Salmon Arm but had made the trek to Quartzsite in the beginning.
We cooked a big ham outside in the electric roaster for New Year’s supper.  My sister Wendy (and Randy) came through Quartzsite on their return to BC in their new to them motor home and stopped for the night and supper.   We played some cards for a while after supper.  We have also had a couple of card games with Jacquie and Jim this past week.
Jim and I have had a couple of great ATV rides seeing some neat country.  We saw three desert bighorn sheep one day.  We have installed more LED light bulbs and they are much brighter than the old ones.  We replaced our water pump and it is nice and quiet again.  We’re glad to be rid of the burping pump!  We are enjoying our new floor although it is rather cool on the feet these mornings.  No frost this morning for a change.  Today’s temperature got up to almost comfortable which was appreciated.  We have gone to the LaPaz County Flea Market the past three Saturdays and then Walmart and Safeway in Parker on the return to stock up on groceries etc.
We will be moving down into town to the BLM pay area tomorrow or Tuesday.  It costs $40 for two weeks and that gives you use of the sani dump and water as well as garbage removal so it is a pretty good deal.  Where we usually park allows us to walk to most of the RV show and flea market areas.  However, and it is a big HOWEVER, we lose the peace and tranquility we have enjoyed for since December 18th.  Not everyone notices but with our sensitive hearing, Aileen and I both hear the freeway traffic on I-10 which is continuous 24/7.  Aileen and I are going back to Florence on Wednesday in the car so Aileen can get her driver’s licence medical done and we can catch up some business.  We will also gather our mail and I imagine there will be some more Christmas cards to enjoy.  We hope to return here on Thursday.  It will be a faster trip in the car as we don’t drive the motor home at the 75 mph speed limit.   The CRV cruises along just fine at that speed. 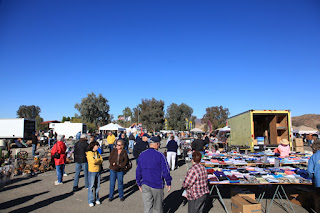 LaPaz market is pretty busy and lots of vendors 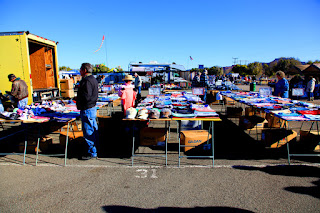 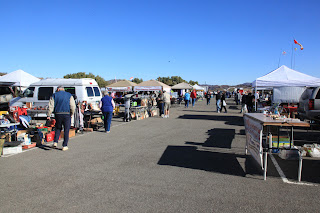 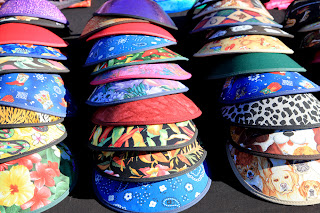 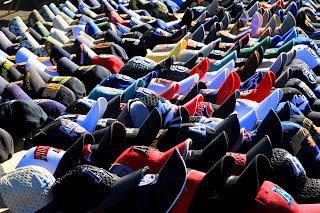 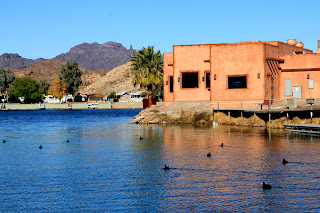 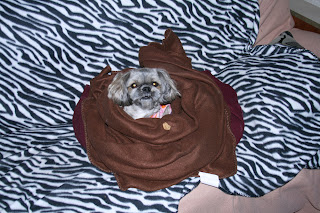 This is how Mitzy sleeps these cold nights.  We don't keep any heat on so we dress her in her fleece jammies then wrap her in a fleece blanket.  She usually stays put all night.  I get up and light our new little portable propane heater about 5:30 or 6 am and it gets comfortable for when we get up later. 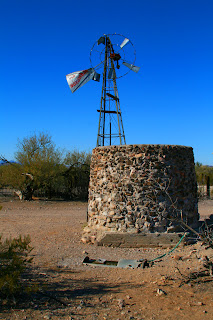 An old well and tank near here 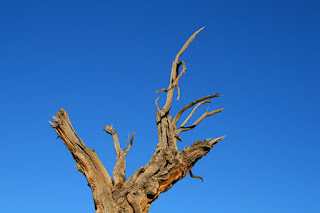 Posted by John and Aileen on the road at 6:41 PM