HERE’S WHY COLORADO IS NOTED FOR FALL COLOUR

Sorry Jerry and Suzy but I’m just not finished taking pictures just yet.  For those puzzled over this statement, check out yesterday’s comment from Jerry.   Aileen and I took our lunch and headed up to Crested Butte, CO from Gunnison.  What a treat for the eyes!  Colour everywhere and the car kept stopping so I could shoot another set.  From Crested Butte we headed up to Kebler Pass and even more fantastic colour.  We were amazed at the sheer number of other people doing the same thing; it was crowded.  There were lineups of cars in both directions and lots parked and a surprising number  were actually using tripods so they were serious too.   I took 125 different shots today which meant somewhere between 30 and 40 stops for the car.  I said to Aileen at one point that I might as well just keep walking instead of getting in and driving a few feet for the next picture stop.  Of course you didn’t know the next stop was so close.  We returned via Ohio Pass which was a bit rougher road but far less people.  The clouds rolled in mid afternoon and we had a few spits of rain as will be visible in the last picture. 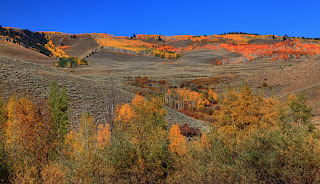 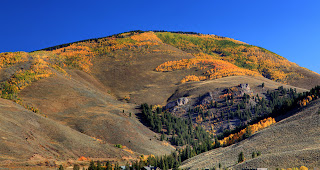 This is part of the community of Crested Butte 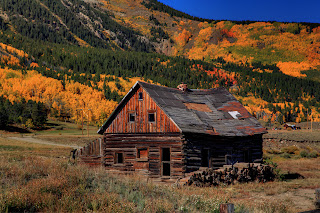 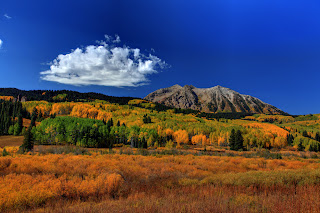 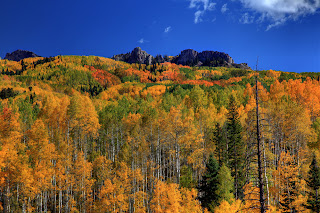 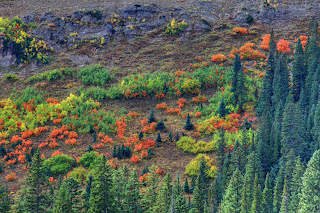 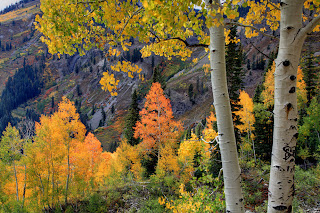 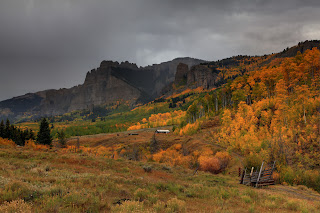 Posted by John and Aileen on the road at 8:14 PM