A GREAT TIME IN DUNCAN 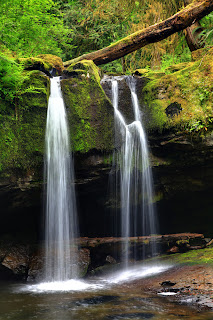 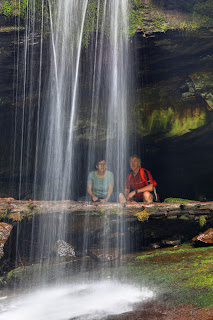 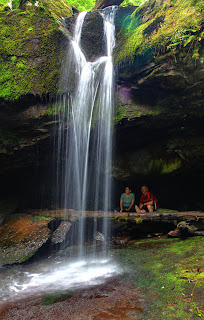 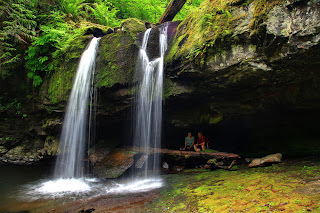 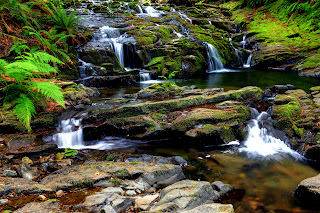 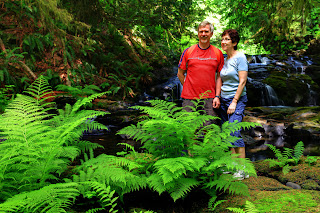 My cousin Neil and his wife Carol
We were up a little after 7 Sunday morning.  We heard several owls hooting like crazy at 2:45 am; I wondered if the noise was young ones demanding food.  I took Mitzy on the long circuit in the bush in the morning before breakfast.
We visited my cousin Dale Sunday morning.  He was in fine form and showed us his gardens and yard projects.  From there we went around to Garry and Barb’s for a little while.  Karen had made scones back at Neil’s in the later morning and Carol’s sister with husband and daughter were there along with two of Carol’s sisters in law when we returned.  I had a couple scones while visiting with the group before having lunch.
Karen headed off at 2 pm for the Duke Point ferry (she was third to last vehicle on the boat), Aileen was already napping then so I went to Stocking Creek Regional Park with Neil and Carol.  It turned out to have a nice double waterfall plus some little cascades below.  It was nice walk.  On the way home we stopped at Pioneer’s Cemetery which is small but dates back to 1870.
While we sat on the deck later sipping fine wine, I edited several images from Stocking Creek and downloaded them to Carol’s memory stick.  I got a couple good ones of them behind the falls.  We had a great supper of leftovers from Saturday night and we still didn’t finish them.
After supper Neil and I dragged his pruned branches around to the fire pit and proceeded to have a dandy fire which we sat around until nearly ten pm.  Aileen had a big lump on the back of her head this morning from a Noseeum bite.
Mitzy decided we were taking a different route this morning so we went down Wickes to Regina then Diana and back around to Wickes.  It was cooler walking as it was just up to 10C when we left.
After breakfast we visited with Neil on the deck in the sun until time to start packing up.  We got turned around and hooked up quite easily and hit the road at 9:50 am.  I had thought to leave the motor home at a gravel lot at the junction of College Drive but it was blocked off this morning.  I’d seen it open last week.   Aileen remembered the spot near Super Store so we headed there taking a scenic exploratory route out to Jinglepot then the bypass.
After unhooking, I picked up a few things in Super store before it was time to head for the MGM Restaurant.   We met Aileen’s cousin in law, Bill, from Campbell River and her cousin Pat (and Irene) from Victoria.  The cousins agreed to meet in Nanaimo as it was about the halfway point.  A tasty lunch was enjoyed along with lots of visiting.  It’s been over a year since we’d seen Pat and Irene.
Aileen is having her nap this afternoon as I put this together then we will move up to my brother Charlie’s for a week or so.  We’ll stop off at Rathtrevor Park to dump our tanks along the way.  Charlie cut all his hay yesterday so we should be having hay to put up later this week.
Posted by John and Aileen on the road at 3:15 PM