We leisurely packed up and it was 10:30 before we got on the road Tuesday morning.   Lunch was at Transfer Beach, Ladysmith, and we had to unhook the car as the lot was too full to turn around in.  Aileen managed a nap after lunch.  I dozed a bit then took Mitzy down on the beach and out to the point where we could see the marina and sawmill.
We got to my cousin Neil’s and setup then I hosed off Monday’s grunge from when it rained before we got home from dumping.   I took Mitzy for a longish walk across Calais Rd from Wicks Rd in the municipal forest.  It was nice and peaceful in thick forest with several trails to choose from.  After supper I went to Mt Tzouhalem with Neil and Carol where we walked some of the trails.  Aileen and I joined them in the house for tea later.
We decided to carry on with our plan to go to Port Renfrew Wednesday morning even though Aileen’s back was acting up again.  We hit the road about 8:45 and headed off to Lake Cowichan.  The Pacific Marine Route is paved but not very straight or smooth after leaving Mesachie Lake.  In fact the last 10 kms to Port Renfrew are best done at 40 kmhs or slower.  While there were lots of logging trucks, some of the pickups we encountered were more challenging as they seemed to think they were in a race or something.  There were some interesting looking creeks but no way to get pictures because of no trail(and thick brush) or too many branches in the way.   We had some rain along the way but none after getting to Juan De Fuca Park.  We had our lunch in the parking lot then I did the loop trail to Botany Bay and Botanical Beach  which said 2.5 kms.  Of course I added to that by zigzagging around and climbing the rocks etc.  I enjoyed my walk and got some fairly decent shots but not much of sea life.  No starfish at all; I think I heard the sea lions are responsible for wiping them out.  While I was hiking, Aileen had a 1.5 hour nap in the car.  She had taken her CPAP machine along and plugged it into the 12 volt plug.
Aileen drove the first part of the return and after a bit I decided we had missed the turn.  There were several signs coming from the Victoria side indicating where to turn but none coming from Port Renfrew.  We saw some elk just before coming out on the Mesachie Lake end but they didn’t stick around for pictures.   We made it home before five, fed Mitzy then I took her for a stroll while Aileen got supper together.  I edited some of my pictures after supper.
Today we hope to visit a couple more relatives on my Dad’s side. 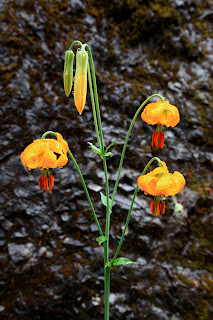 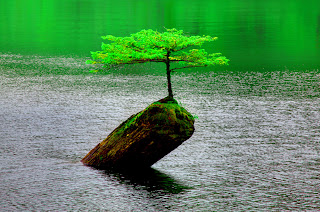 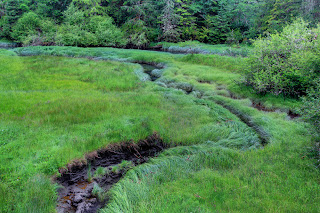 Some thick swamp grass near the ocean 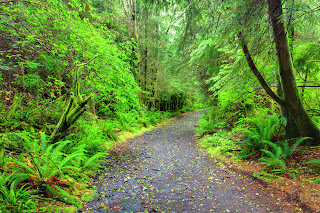 On the trail down to Botany Bay 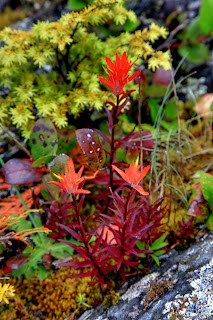 Indian Paintbrush on the rocks above the ocean 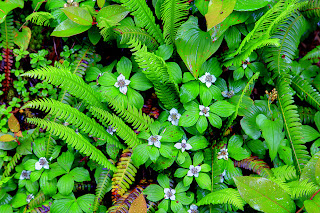 Ferns and Bunchberry aka Dwarf Dogwood 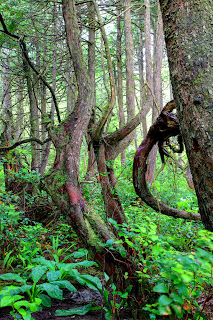 Some of the many grotesque trees molded by the winter storms 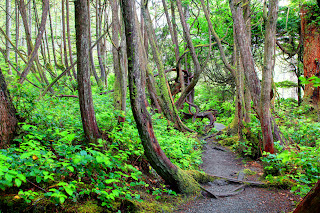 The trail along the ocean 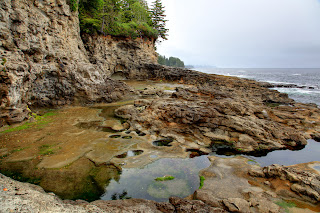 At the end of Botanical Beach 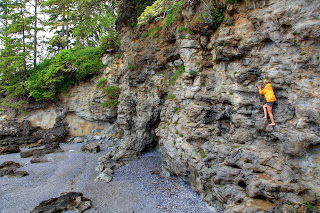 An adventurous girl, her boyfriend said he wasn't doing that. She was the risk taker. 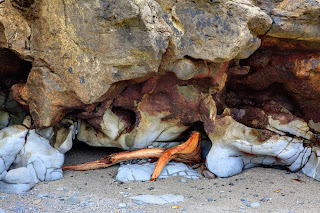 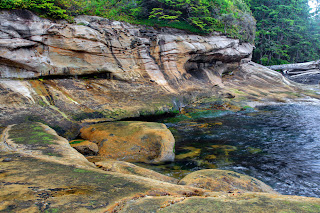 End of my walk
Posted by John and Aileen on the road at 8:54 AM