A QUICK TRIP TO SALMON ARM AND A BUS RIDE BACK 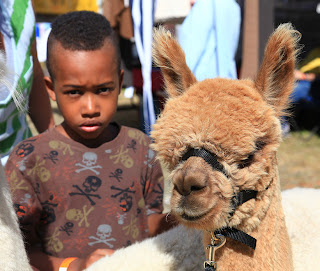 At the petting part of the Fair 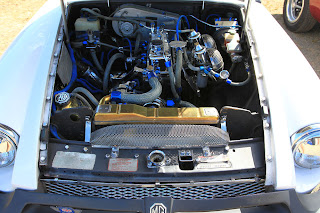 Fancy parts under the MG hood 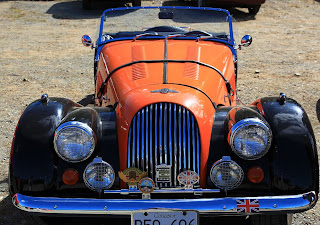 A classic old Morgan, one of more than a dozen British sports cars on display 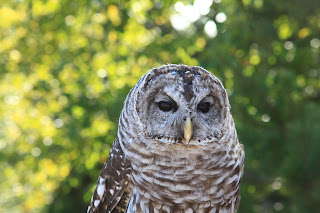 This owl was part of the Wildlife Recovery Centre display 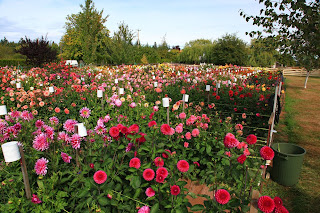 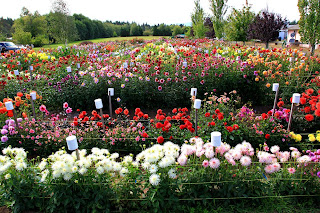 I cleaned more windows Monday and that’s it for the outside windows. This motor home sure has a lot more windows than the trailer did. I helped Chas a few times during the day, mostly with windows in the cabin. I spent quite a bit of time removing stuff from our truck and trailer. It was a bit of a challenge removing the Sirius antenna but I finally figured it out. I pumped up all the tires as well. I removed the quad rack mount from the truck bed and will contact the local ATV clubs next week to see if I can sell it here.

Aileen cut my hair in the morning then gave Mitzy a bath. I also picked up transfer papers and got Aileen’s signature on everything. Aileen was down to the Post Office this morning and renewed our mail forwarding for another year so we get all our income tax stuff etc.

Sue was in to see the parents Monday afternoon and found them in excellent spirits. Mom had fallen Sunday night about 11 and it almost seems like it knocked something back into line. She was very cheerful and bright, even asking questions. Dad was also in fine form apparently. He was wide awake and had been freshly shaven and had a haircut.

I left Tuesday morning just before 8:30 to catch the 10:15 ferry at Duke Point. I arrived over an hour early, which was fine by me. I dropped one link on the trailer hitch torsion bars as I was having trouble spinning the truck tires on takeoff from stop lights. It was very windy on the crossing and on the other side. I took old #10 rather than driving down the 99 into the wind at higher speed. Traffic was very slow all the way out to . I managed to make good time on the Coquilhalla. It was only 7C at the top of the snow shed hill and just past there I found the first dry road of the day. It was even sunny and 16C in . I stopped only three times, gas at Abbotsford, the rest area just past the old toll booth site and the travel center in for gas. I arrived in Salmon Arm a little after 6:30. I left the truck and trailer at Piccadilly Mall which allows overnight RV parking and Bev came and picked me up. I had a leftover supper there and got in the hot tub later.

On Wednesday, I spent most of the day cleaning and washing the trailer and truck. I did take Bev to Eastside Mario’s for lunch. Later in the afternoon I took the trailer to TriCrown RV on consignment but they wouldn’t take the truck. I’d been out to storage in the morning and chatted with the new manager. I called my Aunt Jacquie and Jim later and was able to take the truck and park it at their place for the time being. They have sold and are busy packing. They bought a 55 year old house on .57 acre at Little White Lake and will be fully moved by month end. Bev came later and picked me up. We couldn’t line up the online bus info with the schedule in the depot window so finally about 11 PM I booked tickets on the phone for the 6 AM departure.

So it was another short night. I had a wee kitten in my bed both nights. Bev is fostering it from the SPCA. I was up at 5:15 and Bev got me to the depot in time. The bus left right on schedule and stayed that way until taking a longer breakfast stop in . Then we had an alternator issue on the Coquilhalla Connnector and had to spend some time at Merritt depot. It went downhill from there and the bottom line is we arrived in 1.5 hours after my connecting bus to the which would have taken me to Parksville. I waited nearly 3 hours in for the next bus going to the ferry. Chas came down to get me in at 9 PM.

I sure slept well Thursday night in my own bed. It must have been about 8 hours or more. I had a slow start Friday morning but did replace the bathroom fan with a new Fantastic Fan and it is sure much nicer. It went slowly but it looks as good as any RV shop would do and I probably saved $200 or more doing it. I went and bought some silicone to finish sealing up around the new fan. Aileen had a nap while I was shopping. I brought another dozen corn home too and it was tasty at supper. I took the ATV out back for some exercise for it late afternoon. Chas and Logan both had a go at it too.

I had a slow start again Saturday morning letting the dew dry off the roof then got at the other fan. It went much better as it was already a Fantastic Fan and they had mounted it on the supplied foam so much easier to remove. I did have a puzzle to solve in regards to which was the hot wire but I did it. I had just enough silicone to do the job. It was looking like we were going to have to buy another tube for a bit there.

I was just putting my tools away when Aileen’s cousin Bill arrived. He had called earlier. He and his friend Maynard had repaired the slide motor. So much for the Arbutus guy saying it was impossible to get into the motor. Bill said he was into it in a couple minutes! All that was wrong was a broken wire which Maynard soldered. So now we have a spare slide motor for free. Bill joined us for lunch with Charlie and Sheila after a tour of the suite. He then left to go to an open house at the motor cycle dealer on who had a new Norton bike on display.

Aileen went to have a nap while Chas and I went to the Lighthouse Country Fair. It was a neat affair with lots of arts and crafts and many displays. Chas found several friends to chat with. I puttered on the computer for awhile then cooked pork chops on the BBQ. Sheila’s parents and brother were here plus son Logan so the table was full with eight of us. Chas and I went to the Errington coffee house in the evening, which almost didn’t happen since there were only two musicians for awhile and hardly any audience. However, it did come together and turned out quite well in the end. Aileen had wanted to go but in the end didn’t have enough energy.

Today was another fine sunny morning but the clouds rolled in later in the afternoon. There is rain in the forecast much of the coming week. A phone call this morning alerted us to the fact that my Cousin Sherry’s daughter Lauren Rosser, had won a Gold Medal in the Junior Women’s World Downhill Mountain Biking competition in . She is 16 and the first Canadian to win Gold in this event.

Aileen and I went for a little drive around the local area this afternoon. We had been told about a great Dahlia garden near Qualicum so we found it and grabbed a few pictures. The couple who own the patch have put a lot of effort into making it such a display of colour.

Charlie and Sheila have been packing much of the day for their very early departure tomorrow for their canoe trip on and in . We will be looking after the place for the ten days or so they are gone and on their return we will go to Salmon Arm for the rest of the month before heading south for the winter. Charlie and Sheila popped in to see our parents this afternoon and report they were both doing well and seeming happy.

Posted by John and Aileen on the road at 8:11 PM