WE PREPARE TO DEPART VANCOUVER ISLAND 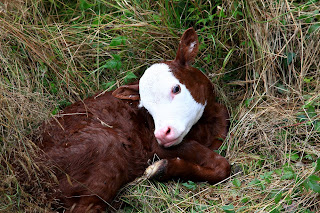 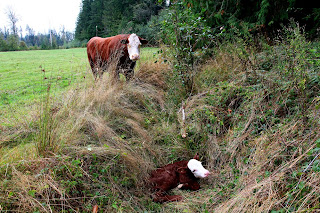 He found a sheltered spot out of the wind 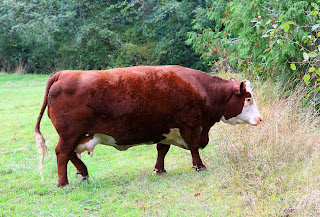 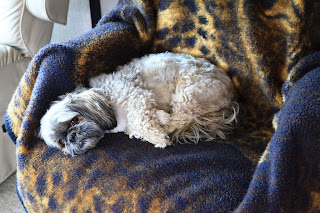 I went to the local Old Time Fiddlers jam and open mike last Saturday afternoon and it was great. It cost me $5 and I listened to music for over 4 hours. I headed off to about 8:15 to pick up the girls. The bus arrived at 9:28, three minutes behind schedule. It was raining nearly all the way there and back. We had tea and tarts when we got home.

On Sunday we had a leisurely morning visiting with Anne before she headed homeward. arrived home about 8 PM with all his tools. He stayed in Revelstoke the night before and said it rained almost all the way from Fernie the day before until he got here. He started his new job Monday morning and seems happy with it.

We had a slow start Monday morning then Aileen went for a few groceries. I puttered around scheming up a plan for the rock guard mounting. When Aileen returned, I took the water bottles for filling then went to Demex where I looked over the available used angle iron. I settled on two pieces, one was 92” and the other 42”. They cost $4. I managed to get them in the Honda. I spent awhile working on the pieces then went to Home Hardware for bolts, screws and paint. When I returned, the Pengelly’s, my aunt and uncle, were here. Ron and I went back out to the shop and did some more on the bracket. Bolted it together then took it to the Terra where I held it in place with vice grips and drilled the holes in the frame. It would have been a hard job but Ron used a shovel to pry up on the drill so it went quite well. Then we had to quit for supper. I went off bowling in Chas’ place after supper. Ethel, Gary and Roong were my team. I started the first game with a strike and ended with 169. Started the second with three strikes and a 201 but third game was only 155. It was fun anyway.

On Tuesday morning Ron and I went for coffee (V8 juice for me) and I got Chas’ and Sheila's mail. Ron and Eleanor went to see Mom and Dad late morning. Apparently Dad was dozy and Mom just sad. At least she wasn’t angry.

We had lunch on our own then I attached the aluminum brackets for the sweeper using Chas’ impact drill. It sure has been nice having a drill press and cordless drills etc to work with. When I finished doing that, I mounted the finished product onto the motor home and then Aileen helped put the nylon screen in place and suddenly we’re finished. I must say it looks every bit as good as an RV tech would have done and I’m sure I saved lots of money.

I just finished that when Wendy and Randy arrived. We visited an hour or so outside then in the house. They hadn’t known Pengelly’s were here. They plan to head south about November 1. My sister Sue and John arrived not too long after Wendy and Randy left. Sue bought scalloped potatoes, beets and beans and Aileen made meat loaf and a peach and berry cobbler. joined us for supper also as he got home earlier tonight. It was close to 9 when Sue and John departed.

It was after 10:30 Wednesday morning before the Pengelly’s were ready to go on our planned ride. Took them to see Becky’s and Tom’s places, neither of which had anyone home of course. We went to the little restaurant at French Creek (the Wheeelhouse Café) Janet told us about and had the recommended fish and chips which were pretty good. However, note to self, order the one piece as the two piece is huge. We went by the A&W and picked up Aileen’s MS event prize. Since they still didn’t have the actual prize in, they made up a box with two large and two medium sized genuine A&W mugs. Aileen thinks this is far better than what she would have received. At the time she bought the ticket, she said she hoped she didn’t win as it was just stuff. Now she has something useful.

The Pengelly’s went off to visit Mom and Dad mid afternoon. Aileen went for a long nap which was sorely needed. We went and visited Sam and for awhile then went to Roong’s Westhill Restaurant for supper. It was pretty good.

The Pengelly’s got away shortly after 8:30 Thursday morning heading for the 10:15 ferry. Aileen and I went to town mid morning and filled several water bottles at Coombs on the way home. We finished off Roong’s food for lunch and it went down well. Aileen napped awhile. After a bit, I went and saw my parent’s for a few minutes. I find it all so sad! Mom wasn’t really angry but didn’t make a lot of sense either. Dad was busy eating two cookies and drinking his tea mostly with his eyes closed which didn’t slow him down at all.

Aileen put a roast in the crock pot and it turned out great. There was just her, Logan and I for supper. Chas and Sheila arrived about 7, I think and had leftovers. I supervised Sheila downloading her camera card and later we transferred the pictures to my thumb drive then played them on his laptop on the big TV. There were some really good shots and they had much better weather than we thought they were having. They had a one sailing wait this afternoon as it was very busy at the ferries. Sue had stopped by this afternoon and suggested to Aileen that we not try the ferry tomorrow as it is usually very busy on Friday’s. I made a large print of at Sedona and the blacks were pale gray. It turned out the photo black was empty even though it was still lit up saying it was fine. When I replaced the cartridge, the picture came out great.

Today was final packing for departure. I wrestled my big printer out and into the bedroom closet. It was much easier than putting it under the bed like in the trailer. I rearranged several things in the storage bays to make it all work. I managed to get my ATV ramp in as well so I have it along should it be needed down south with my other ATV (which I plan to buy when we arrive). It’s difficult to foresee what will be. I went for a final adjustment on my new glasses and took in a photo exhibit by a local photographer I know at the Old Schoolhouse Gallery in . I admired the other art work on display also.

I have to park the CanAm ATV in a secure spot here yet this afternoon. We hope to get the 10:15 ferry tomorrow so that means we’ll have to get started pretty early in the morning since we don’t have a system worked out yet for a speedy departure. We will have that figured out by the time we make , I’m sure. Our plan is still to go to Salmon Arm til about the end of September then head south taking about a month to get to Caliente.

Charlie came by this morning to ask if we saw the new addition in the field. We hadn’t but the cow had calved yesterday or last night and there was a chipper looking whiteface calf frisking around the meadow. Talk about saving your bacon. The cow was destined to be sold this Fall as it wasn’t known she was bred, so now she will make the Winter for sure. The day before yesterday, she and her last calf had eaten three wheelbarrow loads of grass clippings in one session. They are both gluttons. The first two loads were already cleaned up when I took the third one over. Maybe all that food pushed the calf out?

Posted by John and Aileen on the road at 3:04 PM