A VISIT TO GABRIOLA ISLAND AND COWICHAN EXHIBITION 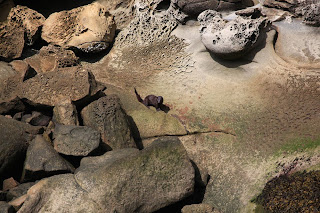 I thought this critter was a muskrat but the fluffy tail leads me to believe it is actually a mink. This was the original image shot with a 400 mm lens from across the inlet 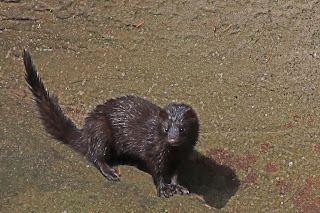 This is the above image cropped a lot 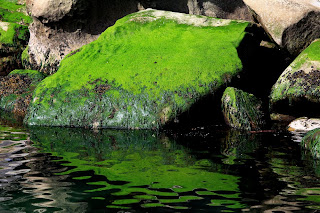 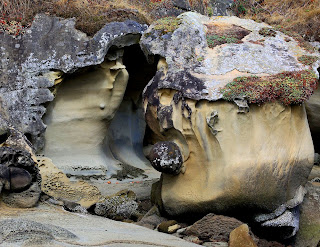 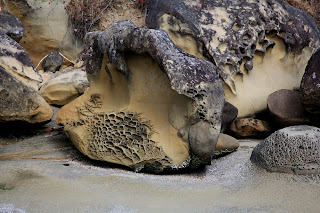 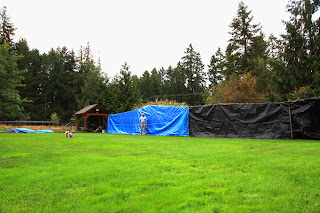 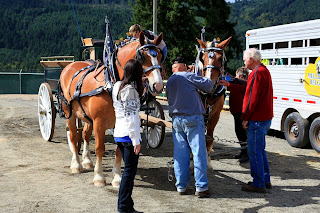 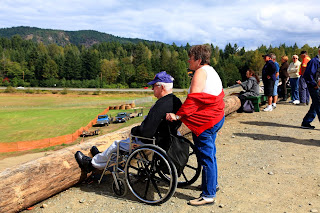 My Dad's brother Mac and his daughter Sharon - my cousin 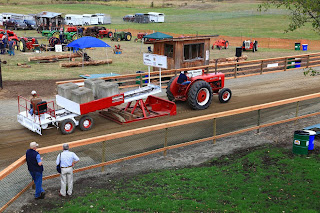 They were watching the tractor pull 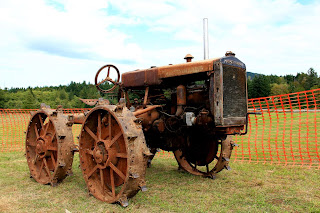 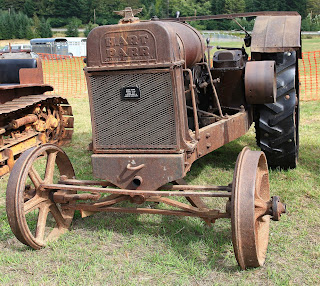 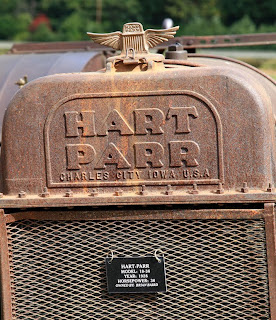 This is for my Iowa friends 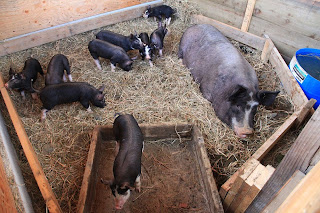 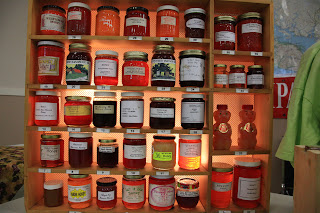 We woke listening to the raindrops on the roof Monday morning. I presume Chas and Sheila were out the gate about 4:30 AM heading for the first ferry but I sure didn’t notice. came by for a visit in the morning and we discussed options for mounting the sweeper rock guard on the rear of the Terra. I got the Sirius radio hooked up and also fixed Aileen’s CPAP machine. She couldn’t get her humidifier to work. I managed to see that she had crossed her wire connections last time she put it together so it was good that I could compare it with mine. I did some routing of our trip south using Good Sam’s program. Nothing carved in stone of course, we reserve the right to totally deviate for any set course!

It rained quite heavy at times during the night and again Tuesday morning. Aileen contacted the sharpener in Courtenay to see about getting the SPCA pet grooming blades sharpened and he was going away again in the afternoon so we ran them up right after breakfast. We thought about visiting our friend’s Perry and Lynda but Lynda has a nasty cold courtesy of the grandkids so we weren’t going there.

Later Tuesday while Aileen was napping, I went to town and stopped in to see my parents. Dad was sitting in the window area near the office and was quite lucid. He pointed out Randy’s and Wendy’s apartment right off. Mom on the other hand was not having a good day. I found her in the hall outside her room in her wheelchair trying to pull herself along with her feet. One of the neighbour ladies indicated Mom was not behaving very well. I took her to see Dad and she wasn’t impressed. I then took her around the inside loop and she grumbled the whole way mostly not making sense or even sentences. I took her back to her room and gave her a drink of juice or something that was waiting for her. I opened the curtains when she said that would be okay and turned down the TV volume. She has such sensitive hearing I don’t know why they have to have the volume so high! It was cartoons on. Dad was asleep when I went back so I left.

We fired up the Terra Wednesday morning and installed the drop hitch which seems like it will do the job of getting the towbar closer to level. I also measured for the stone guard. We went to the Co-op and filled the propane tank. Last step was dumping the tanks at Charlie’s. We got backed in to the same position quite easily and then it was lunchtime. Later it was discovered that the deer had made a major raid on the garden the previous night eating green tomatoes, all the beet tops, all the strawberry plants and the kale. We covered much of the garden tonight with plastic and tarps and moved dog Belle’s bed around that side of the house. helped me carry the bed. After supper, we went for an ice cream at Whiskey Creek then over to Mike and Shaunee’s in Alberni. After visiting awhile, they sent us home with some wild sockeye salmon and a package of moose sausage. We watched a bear in their yard for awhile.

The deer did more damage to the gardens Wednesday night. reports they were led by a large buck. Thursday night I strung a rope for the 100 feet or so between the garden shed and the gazebo then strung tarps all along it and propped up the rope with 6 and 8 foot poles.

We went to Thursday morning. We waited an hour or more for the ferry in and went down checking things out. We had lunch at Silva Bay Pub which was pretty good. The weather wasn’t all that great over there although we did get some sun mid afternoon. We went up the then but we headed back to the ferry early so we didn’t have to wait for a later one. I got Jelly Fish pictures and a Mink at the dock that I wouldn’t have otherwise. Next time we’ll have to plan on staying later in the evening.

We BBQ’d corn and sockeye salmon for supper and Aileen picked the last few beans then pulled the plants for the cows. arrived just as we started to eat and seemed to enjoy the fish. He got a job starting Monday in Parksville but has to retrieve his tools from behind the picket line in the . I was going to drive him to the airport in the morning but then he couldn’t find a Budget rental truck so managed to borrow a Toyota T100 from a friend and headed off late evening to catch the 10:45 ferry at Duke Point. He’ll probably have to wait until Monday as he talked to someone up there who told him the mine would be locked and empty Friday and all weekend. I told him if the new company couldn’t take that into consideration then perhaps it isn’t a good company to work for.

Aileen and her sister Anne have been planning a visit to their Cousin Richard in Saturday. They’ll take the 8 AM bus and Richard and Sandy will pick them up at the depot. Richard has been battling cancer for some time.

I spent some time Friday morning editing photos while Aileen did laundry. Later we decided to head down to the Cowichan Exhibition at . We went to Parksville where I got cash from the bank and bought bus tickets for the girls for their trip. We had lunch at Ricky’s in . Aileen wandered a bit at the Fair then sat in the car. I spent an hour and a half or two hours wandering about. I met a guy, Doug, at the ATV display and had a good chat. I knew him in school at in the late 50’s. I also chatted with Cousin Dale A and Uncle Mac Pickard and Cousin Sharon H. It was pretty quiet at the Fair and easy to see everything. My great Grandfather, William Herd, and a brother and sister who were on their way to New Zealand in 1884, stopped off to see the earlier Cowichan Exhibition and were so impressed with the quality of the produce and the friendliness of the people that they didn’t get back on the ship. Instead they became pillars of the community and 126 years later there are many descendants still in the area. And yes, I admired Paulette's quilts entered in the Fair. She is the wife of Rick, who blogs from Cowichan Bay just south of Duncan. I see he left the Fair just before we arrived yesterday.

We went over to Cousin Garry and Barb P’s after for an hour or so. We heard lots of details about Luke’s near fatal accident. They heard today that the other guy will likely be charged with impaired driving. It seems he was driving at a very high speed and came around the corner by the old Saville farm and veered across right at Luke. We saw pictures of Luke’s injuries and the damage to the car.

Anne called at 5:30 PM to say she was leaving Port McNeill and called again at 8:50 to say she was in Coombs so I gave her directions and stood at the driveway with a flashlight. She has the big house all to herself for the night. Belle, the dog, was home when we returned tonight. Guess her stay at camp was cut short for some reason.

We were up before 6 this morning. I drove the girls down to the bus depot where they caught the bus through to the terminal. That way they get a ride right onto the ferry. I’ll pick them up tonight at 9:30 or so. I hope to go to the local Old Time Fiddlers jam and open mike this afternoon.