A VISIT FROM RICHARD AND GEORGIA 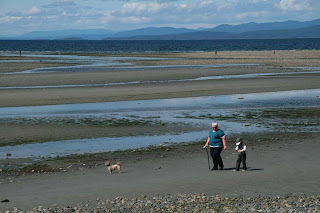 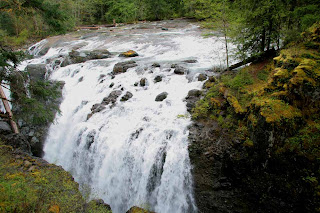 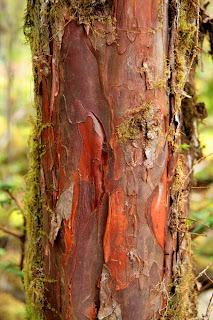 The bark of the Western Yew Tree 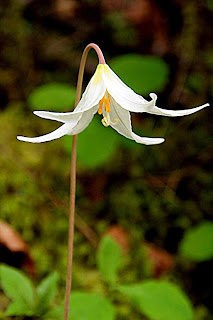 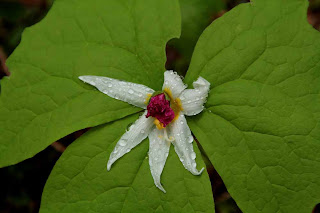 This is a totally new species to me! Someone put a pink Salmon Berry flower onto an Easter Lily then stuck it onto a Vanilla Leaf plant. I thought it looked rather nice in the rain even if it was a fake. 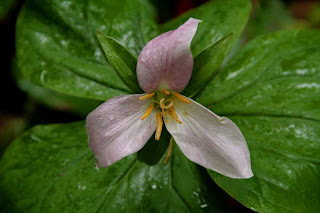 A Trillium that is getting past it 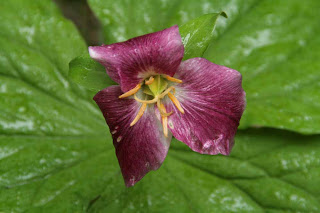 This Trillium is further past it 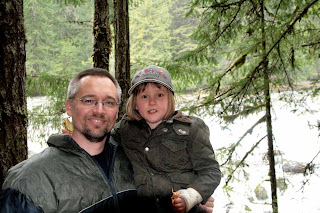 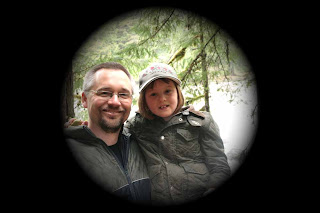 I went into filters in Elements and used spotlight

We puttered around here most of the day on Friday but I did go off with Chas to to get some bags of mortar. We picked up 16 bags and they were $10 per bag cheaper there than locally. Makes it rather hard to shop locally, doesn’t it? Aileen and Mitzy went for a walk down at while we were away. We went out to Westhill Restaurant for a great supper with Charlie (my brother) and Sheila and Janet (my sister) and John. Thanks for treating us John! We poor old retired people appreciate such gestures of kindness.

On Saturday morning, I cut a couple of lawns here while Aileen went to town for some groceries. Later in the morning, Richard and Georgia arrived from to spend the weekend with us. They had the big house to themselves as Chas and Sheila were off canoeing on the , camping overnight. We had a bonfire in the fire pit and roasted wieners (and marshmallows) for lunch. After lunch, we went and visited my Mom and Dad. At one point Dad was refusing to take his Parkinson’s medication and finally piped up “Great Grand Dad, take your medication!” and he did. Mom was having a bad day and had escaped several times, once getting down the street a ways. I took the nurse to task over it as the gate at the front which is to prevent such occurrences was not working, so Mom was able to just walk out. I said it wasn’t Mom’s fault she was getting out, but yours. After going down to the Parksville beach for awhile, we barbequed hamburgers for supper back here. Aileen stayed with while Richard and I went to the Errington coffee house later in the evening. There were some very good performers and some who were not quite so good.

On Sunday morning we visited Janet and John for awhile then came back here for lunch. While Aileen had a much needed nap, , and I went to for a walk. It showered off and on but we didn’t get wet. After some refreshments and more visiting, we headed down in both vehicles. Richard treated us to supper in Ladysmith (wow, free supper twice in one weekend!), thanks Richard. From there Richard and Georgia headed back to and we returned to Errington.

Today is my Mom and Dad’s 64th wedding anniversary!