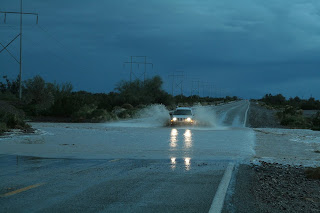 On the main highway to Yuma from Quartzsite 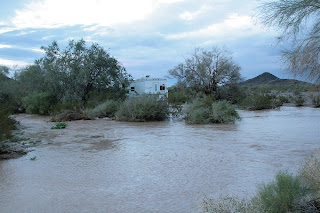 Don't camp in a low spot like his guy did 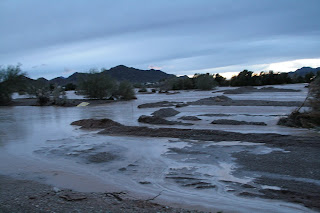 There is a paved road through there somewhere 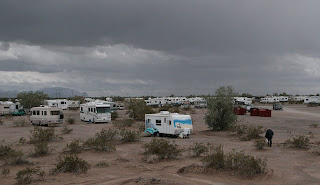 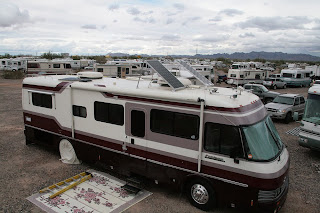 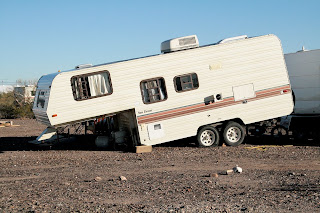 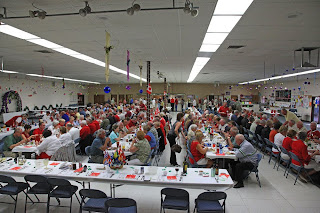 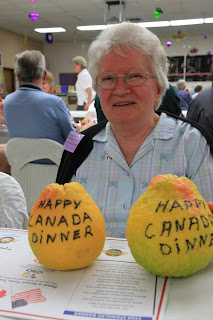 My aunt Eleanor with my grapefruit I won 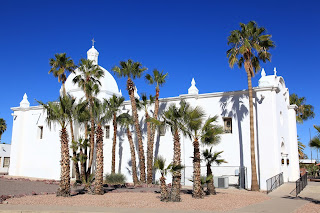 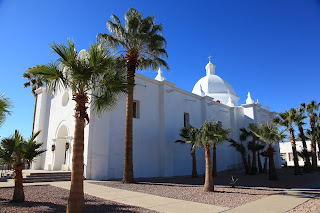 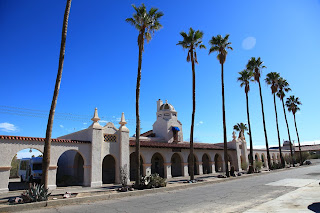 The train station in Ajo 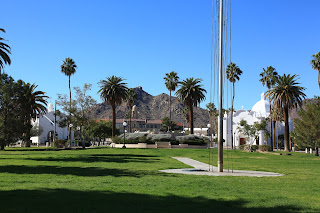 The above four images in Ajo, AZ 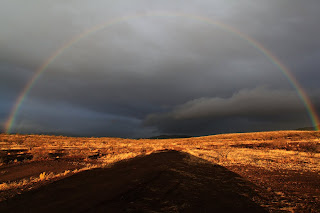 Our morning rainbow just before it started raining again near Arivapa, AZ 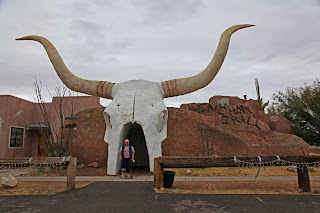 Aileen and Mitzy at the Longhorn Grill at Arivapa Junction, just north of Nogales, AZ

After going into Quartzsite for internet, it was about 11 AM when we finally pulled out of the camp site then we had to go into town again to pump up the trailer tires. There seems to be a slow leak in the left front tire. I inquired about getting it repaired and he said I could try back in a few hours. We got to the dump station at noon thinking it should have quieted down by then. Wrong!!! It was 2 hours before we got away from there. We headed south down 95 to then east to Dateland where Aileen had her heart set on trying a date milkshake. It was really good! We broke one of Aileen’s rules and drove in the dark to Gila Bend where we dry camped by the Shell gas station near the east exit. There were several other RVs there as well. There was an RV park at Dateland but it is jammed in between the UP/AMTRAK rails and the freeway. I try to avoid those places if at all possible.

On Tuesday morning we wandered our way down to Ajo and the white church looked so pristine against the blue sky, I had to stop for some pictures. We ended up wandering around for an hour or so then had an early lunch before continuing another 12 miles to the Why BLM free camping. The people camped next to us are from Salmon Arm and live in the same housing development as Aileen’s friend Edna! I went exploring with the ATV while Aileen napped. We only travelled about 97 kms to get to Why.

We had thought about staying another night at Why but the highway’s workers were being obnoxious with the back up signal on their front end loader out at the road so we decided to carry on. The highway from Why to Robles Junction just west of is very boring and blah scenery. We turned south to the and it was winding and rough and again blah scenery so those roads are classed as do not return. We were well past Arivapa before we finally found a place to park for the night. It was far enough from the highway so it was quiet, it is open and the road should stand up to rain. That’s always a consideration in finding a boondocking spot since you could be stuck if it rains. Aileen beat me 447 to 177 in Mexican Train that night.

It did rain during the night and we had no difficulty getting back to the pavement. We were surprised to not be hassled by Border Patrol. We did see lots of them and one even drove through our camp this morning but he just gave us a big wave and kept on going. The weather was lousy and the forecast was for more of the same so we decided to head back to . We had heavy rain through and the temperature was in the mid 40s F. It was easier to park the trailer under the cover since Kevin moved one of the posts a while back. After unloading most of the travel trailer into the park model again, I went and picked up my computer. It appears to be fully fixed and everything is still in place – yippee!!!!

Posted by John and Aileen on the road at 8:37 PM