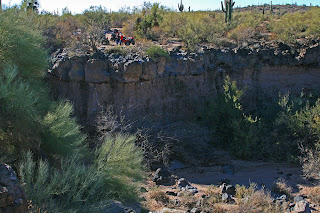 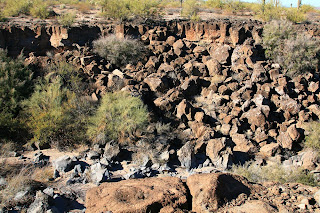 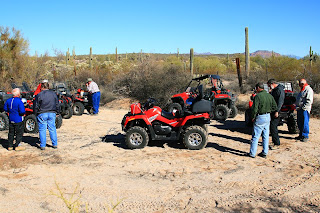 I called this No Faces Please 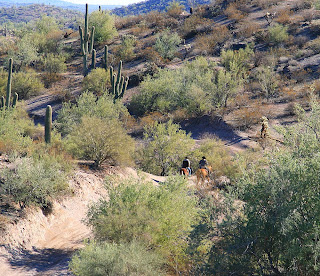 A couple of cowpokes 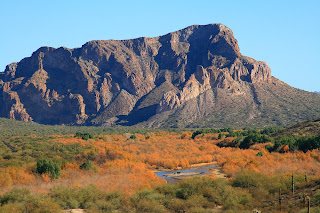 Both the above are of South Butte 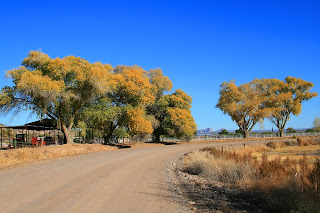 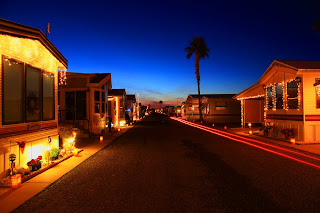 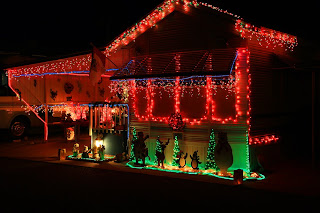 Some people go all out with their decorating 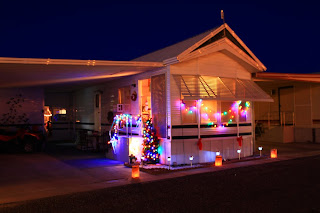 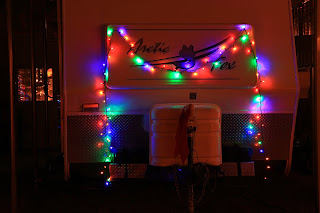 We’ve had frost the past three mornings but it gets fairly nice during the day. Gorgeous blue sky today and in the low 60sF so we’re on a warming trend. We were barely 50F for a high a couple days ago.

Aileen is improving again and we hope it continues. She is cooking a turkey at present using a borrowed electric roaster which I have set up outside and it certainly smells good all over the neighbourhood. My aunts and husbands, Jordan’s and Pengelly’s, are coming as are Wayne and Joyce who are in my sister Wendy’s trailer across from us. The supper is a modified potluck with every couple bringing different veggies. We’re supplying the turkey, stuffing and salad.

We got to visit with Richard and Georgia (and Robin for a minute) on Skype this morning so that was nice. I took the dogs for a walk out in the desert this morning. Yes dogs plural – we’re dog sitting Angel who looks similar to Mitzy but is way smaller. Her Mom and Dad went to Laughlin for a few days.

We had a small group ATVing yesterday but the 8 of us enjoyed our day. The air was so clear after the storm and very little dust either. There was a major dust storm on Tuesday. Ron and I had gone to Coolidge and when we looked toward Casa Grande the air was pretty murky. We heard later that there had been two major pileups on the I-10 freeway north and south of Casa Grande with at least three fatalities. There was some major rain later so the streets had good sized creeks running down them. Our streets slope to the middle to channel the water and since most lots are paved, all the water ends up in the streets which are all sloped to drain out of the park.

Posted by John and Aileen on the road at 1:39 PM