FIRST RZR RIDE OF THE YEAR

Awhile ago I noticed that another geocacher had placed some caches on the back side of Burnell Lake back in December and nobody had found them yet.  I've been watching the road leading up there for the past few weeks waiting for it to be open enough to get the ATV up.  At first it was just snowmobiles using the road then it was large high clearance trucks.

I took the RZR up to try it yesterday and I was able to get to all the caches with no trouble and made the first find on each.  After finishing the caches, I went and played for a while before heading home.  The only reason I was able to access much of the area was because the snow was frozen hard enough for the machine to ride on top of the crust.  If it were to cut through, I'd be stuck quickly.  We have some double digit temperatures coming for the next several days so that will be the end of riding up there until enough snow melts that getting stuck would be minimized. 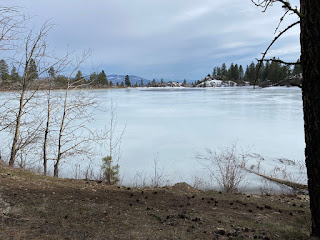 Burnell is a trophy fishery so they have this spray system to keep the lake oxygenated for the winter to keep the fish healthy. 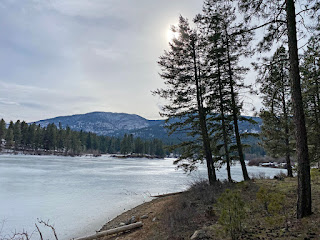 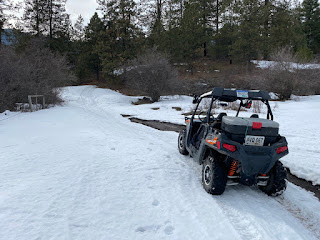 I'm on about 16 inches of frozen snow.  There is a geocache just ahead on the left. 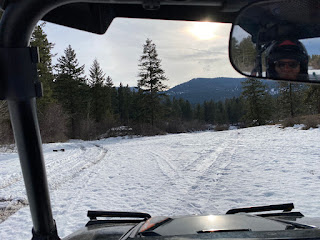 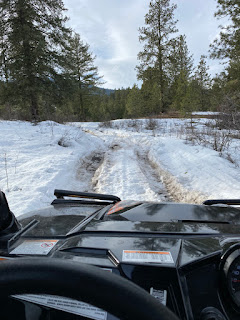 Deep ruts in the frozen snow.  I would be high centered if I had a wheel in each rut but since my machine is narrow, just one wheel is in the rut while the other is on top. 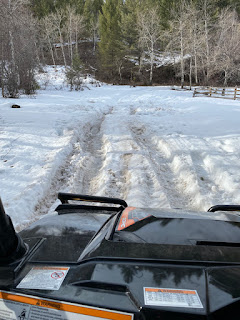 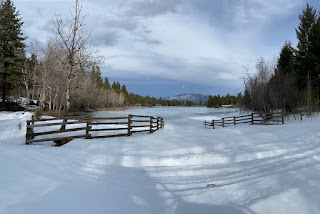 This was the scene of beautiful fall colour back in October. 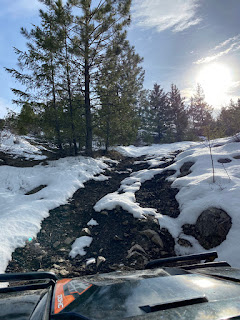 I found a trail nobody had been up. 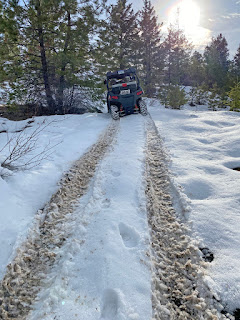 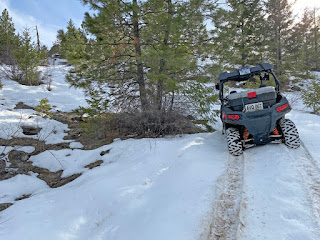 I didn't get far though.  All four wheels were spinning to get me this far then it went around that tree and climbed up a steeper section.
Posted by John and Aileen on the road at 8:52 AM