I GOT OUT ATVING FINALLY

My ATV friend from Nanaimo, Ernie, told me he was coming to Summerland just a few miles away from here and wanted to know if I’d like to go riding.  That was enough incentive for me to go and get the RZR from Bev and Kev’s garage in Salmon Arm.  I had to replace the battery which was four years old and not consistently keeping a charge.  It had been sitting since last September.
Ernie leads ATV rides weekly in Yuma, AZ and some of his riders down there live in this area the rest of the year.  One of them had invited Ernie and Susan to come visit and supplied Ernie with a machine to ride.  His friend Al took Ernie and I along the KVR railway trail then up into the hills on Tuesday.  Yesterday, Al rode with me and his friend Lorie guided us on another great ride.  There were five of us in four machines so another nice leisurely ride.  We started on the Okanagan side of the hills and worked our way over to the Similkameen side with a great view over Cawston and Keremeos.  Later, Aileen and I joined Ernie and Al and their wives and a couple other friends for burgers on the porch and a fun evening visiting.
The weather is starting to feel more like summer now with the temperatures creeping up but nothing like Arizona is experiencing.  We are tapering off on working in the yard as most projects are complete but Aileen is keeping busy with garden maintenance such as deadheading flowers and picking peas.  I continue to move sprinklers daily. 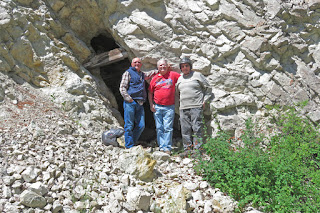 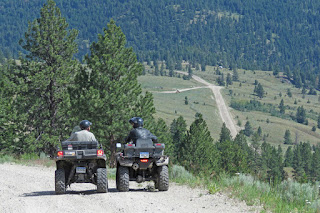 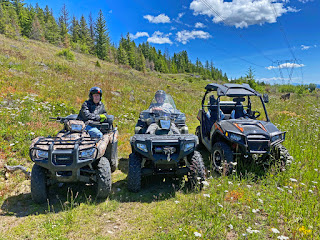 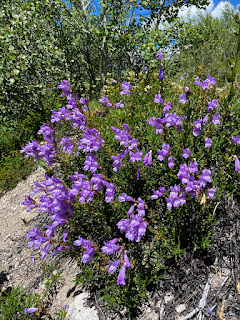 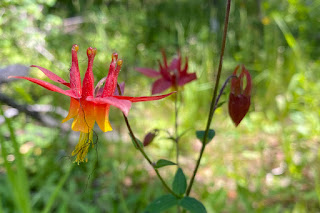 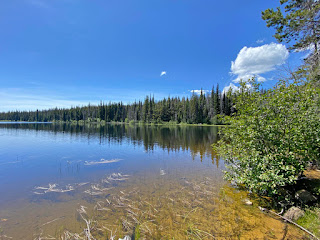 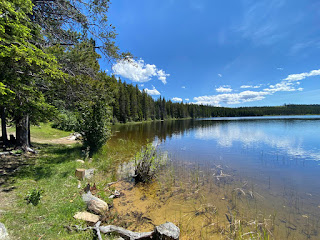 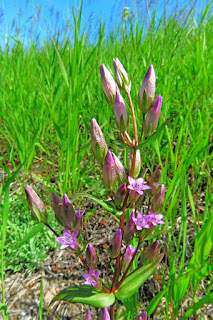 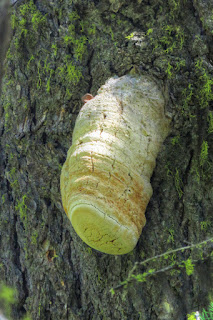 This object that was high on an old Fir tree and resembles a certain male appendage, is actually called a Quinine Cork Fungus. 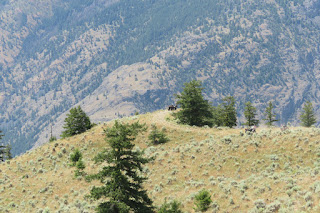 Ernie at the viewpoint 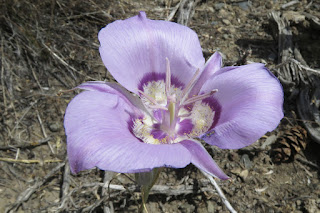 Sagebrush Mariposa Lily which were quite plentiful near the viewpoint 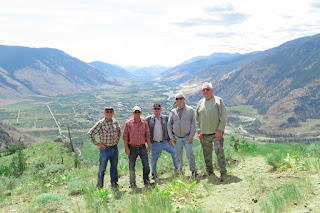 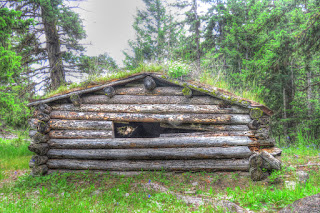 An old cabin out in the woods 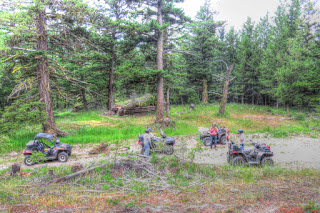 This was our last rest stop and the mosquitoes were very hungry! 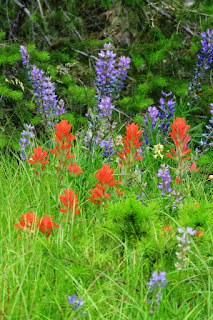 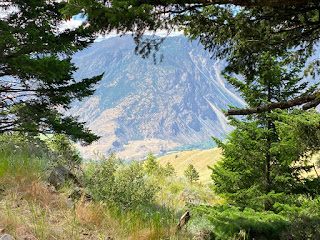 Looking down into the Similkameen Valley 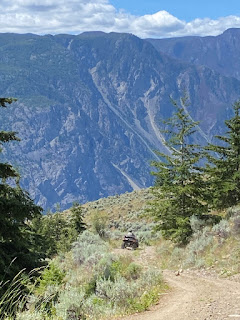 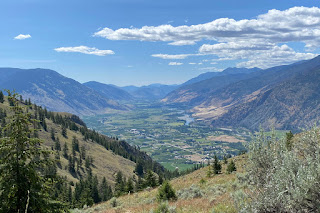 A panorama shot with my phone.  Cawston on the left, Keremeos on the right. 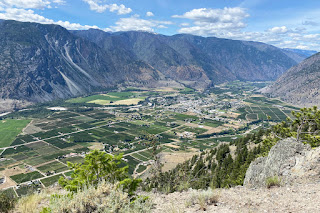 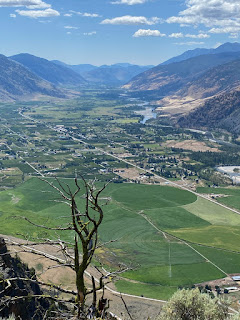 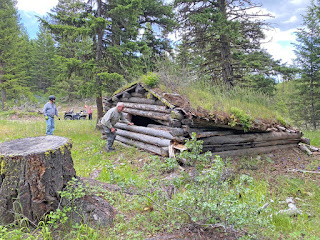 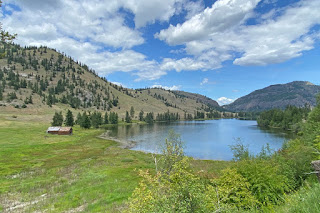 Almost back to where we started at Twin Lakes 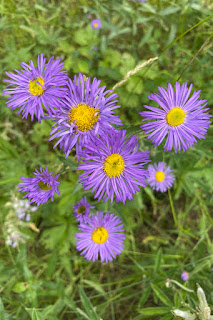