WE HAVE BEEN BUSY

Our son Richard and granddaughter Georgia left yesterday after spending nine nights with us.  We had a busy and enjoyable time.  We hadn’t seen them since last September other than some zoom get-togethers on the computer.

We needed to make a trip to our storage shed in Salmon Arm and I noticed there was a Harry Potter matinee at the movie theatre in Salmon Arm.  We went last Sunday and there were only three other patrons other than Richard and Georgia.  At $5 each, it is pretty hard to make a profit.  No worries about social distancing anyway.

Aileen and I dug around in storage for the things we were looking for then Aileen did some house cleaning for Kevin.  It needs a lot more than she could give it in a short time!  We had taken our lunch along and ate alongside McGuire Lake where the water lilies were blooming profusely.

Another day we went for a swim in Skaha Lake.  The swim areas are very crowded, no social distancing there so we found a quiet spot down the eastside and had it to ourselves other than a young couple in a float tube who were nearby.  We had some record breaking temperatures while they were here and the air conditioning in the motor home got used a lot.  We had a very welcome heavy rain yesterday afternoon and we are in for much cooler temperatures for  the next while.

Richard and I got out a few times geocaching, sometimes on a drive with Aileen and Georgia.  Richard wanted to go to Keremeos  for some fruit to take back to Victoria so we took the long way.  We drove up to the Apex ski area where we found a couple of geocaches then took the Hedley-Nickelplate Mine Road down to Highway 3 west of Keremeos.  There were lots of switchbacks to drop down well over 4,000 feet of elevation.  It was very dusty but not much traffic.

I have had both the motor home and the CRV serviced and renewed their licence and insurance recently.  Garden projects have kept us busy including one which turned out to be much more than anticipated.  One of the beds was choked with a nasty weed so we decided to dig it out and replace the soil.  It turned out to be choked with roots from the neighbours cedar hedge plus lots of big rocks.  Richard and I also tackled some deck boards that had twisted and were creating a hazard on Karen’s deck.  Most we were able to turn over and using longer screws, tighten them down flat.  One board had to be replaced.

I seem to have defaulted to the new blogger format and everything I type in the page here is underlined.  I haven't found how to turn it off yet so will just post as is.  Why do these idiots decide to change what works fine?????  My text above I had done in word and copied it in so it is fine. 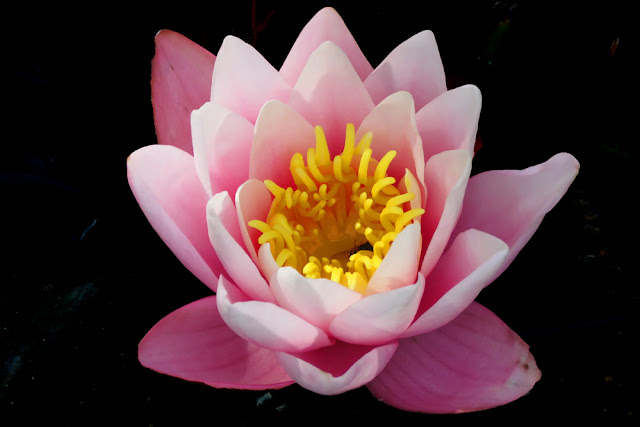 These water lilies were in Karen's little pond 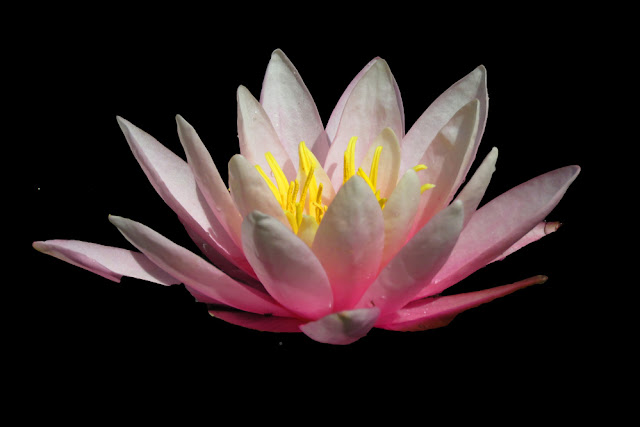 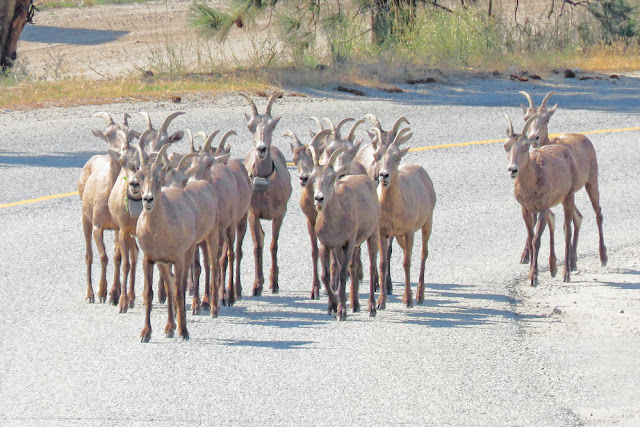 Bighorn sheep just out of Penticton 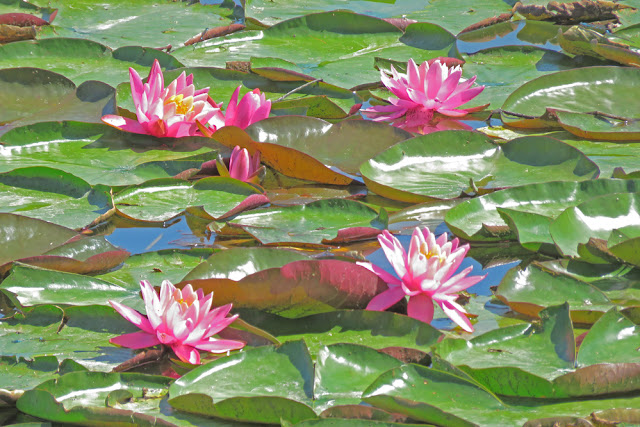 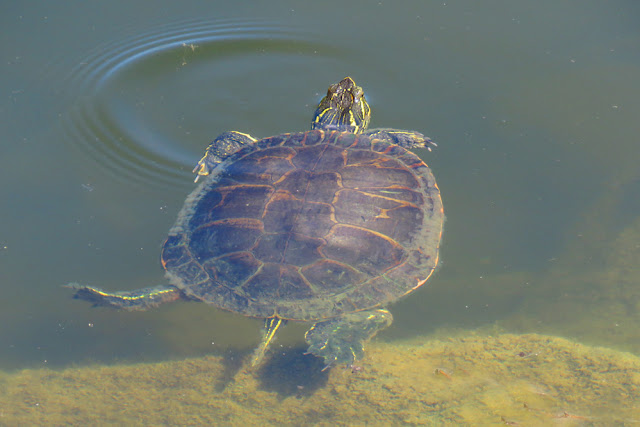 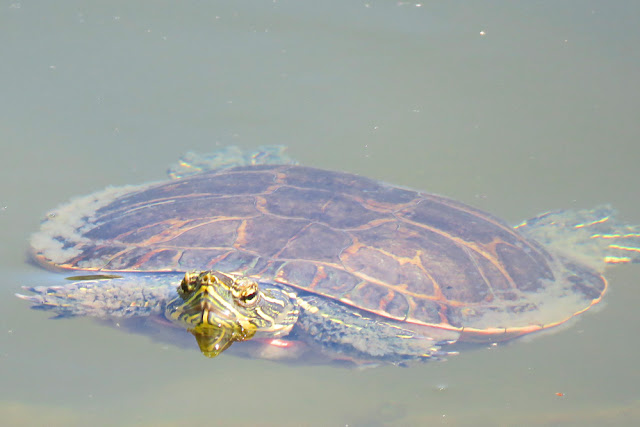 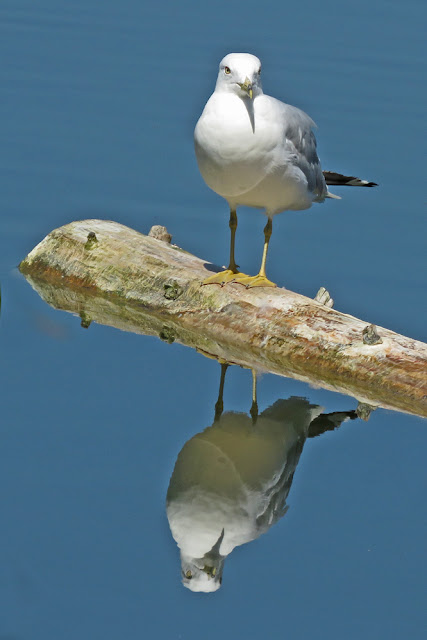 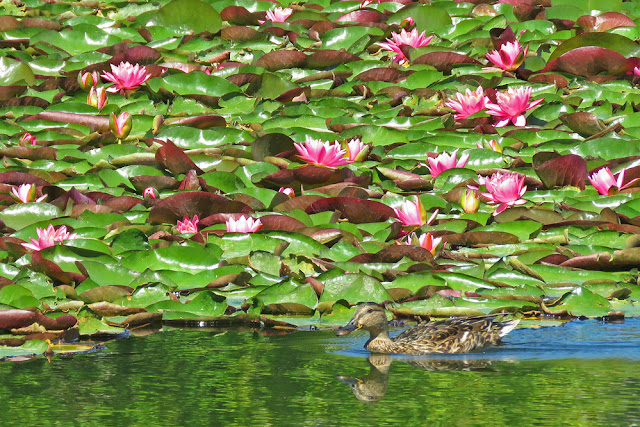 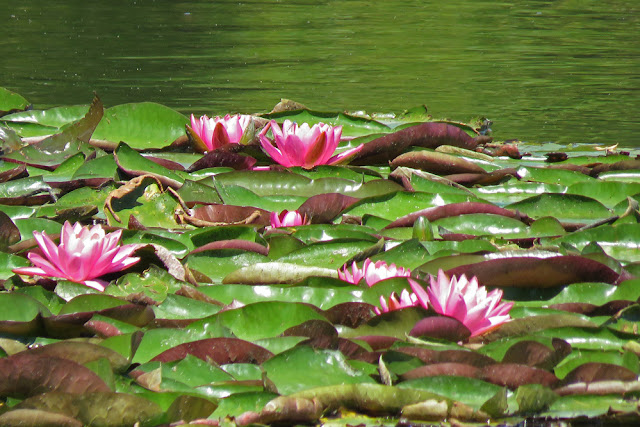 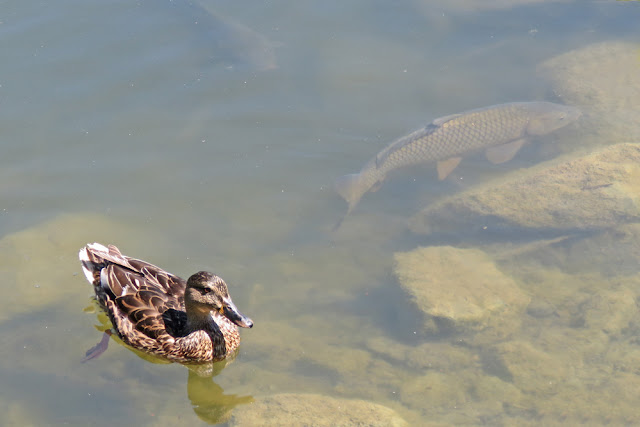 Carp, I presume, in McGuire ake 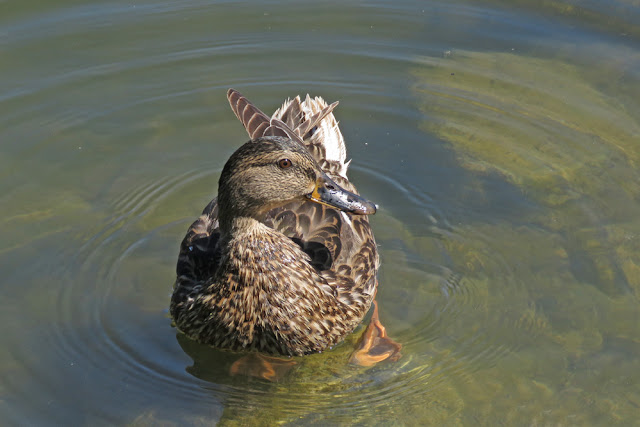 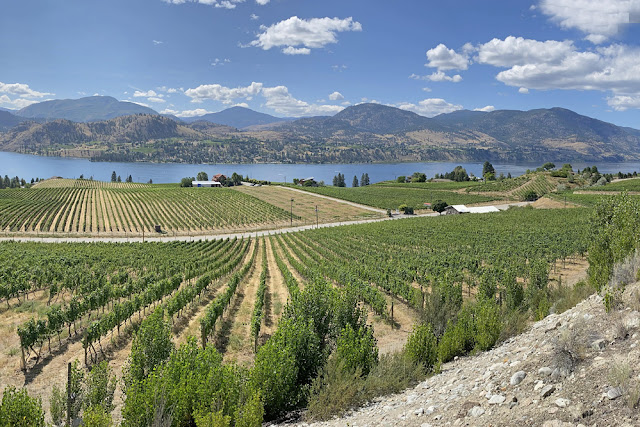 Blasted Church vineyards with Skaha Lake in the background 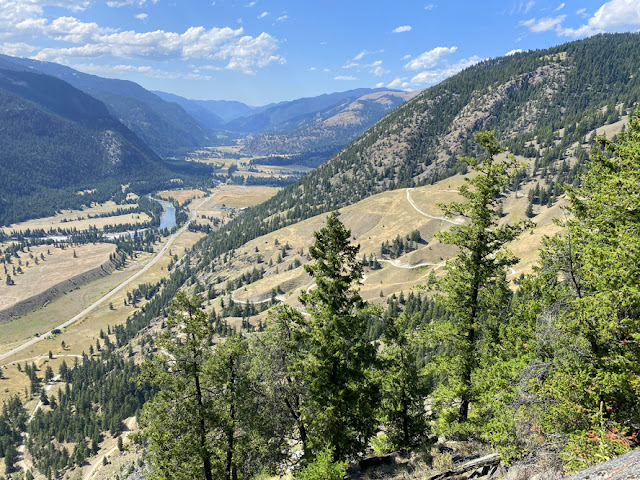 Some of the Hedley-Nickelplate Rd.  Hedley is just around the corner on the right. 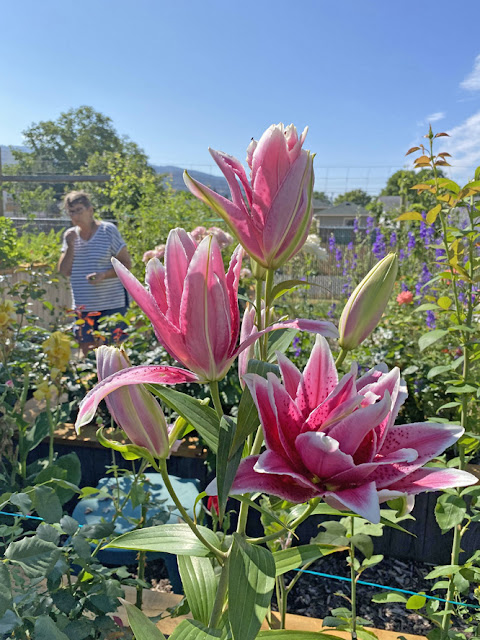 Karen in her garden 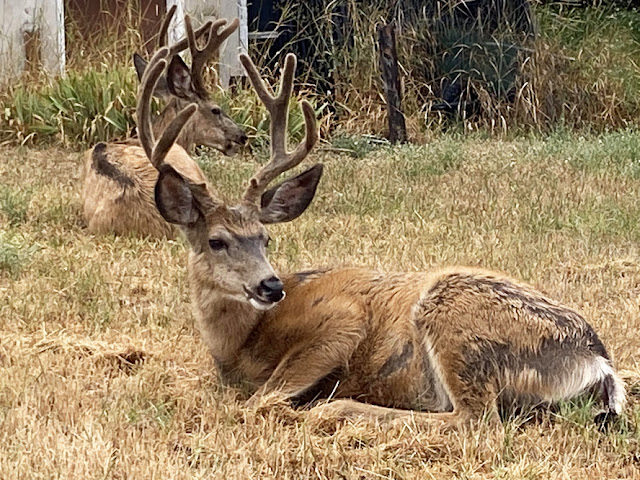 Just in front of our motor home

Posted by John and Aileen on the road at 2:20 PM