The day after my last post we took the new UTV to Casa Grande for its first service.   Our friends Richard and Judy were also in Casa Grande that day so we met for lunch.
We’ve had four major rain storms so far this winter so the desert is really greening up.  It is an amazing transformation considering how distressed the desert was when we arrived a couple months ago.  Once again this winter is providing a lot of wind and cold weather.  We have had one or both electric heaters going most of the past month.  It is hard to keep the motor home warm with so many large windows and other drafts.
Our renters haven’t arrived yet so we’ve been able to keep using the park model.  We had American Thanksgiving and Christmas dinners in there with friends and today we are having a late New Year’s dinner.  First we were going to have it New Year’s Eve but we had to take our neighour Carol to Phoenix for a medical issue.  She was kept in hospital for emergency surgery New Year’s Day.   We had taken her for a different appointment on Boxing Day also.   Then on New Year’s Day, we joined several neighbour’s to celebrate Bud and Jackie’s 50th anniversary.  Yesterday was a ride day so today is the day!
On December 27 we went with Ken and Marie to a Red Lobster restaurant in Phoenix to meet our mutual Colorado friends Ernie and Atha and their granddaughter.  They had flown down to spend Christmas with her and the restaurant was sort of halfway between here and there.  It was good to see them.  We have played cards several times with Ken and Marie recently.  Ernie and Atha are part of the Colorado card playing bunch we play with when we visit there.  Ernie and Atha used to come here for the winter but not the past couple of years. 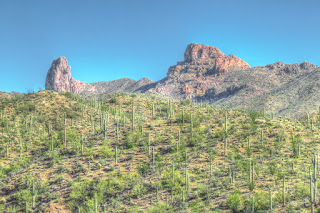 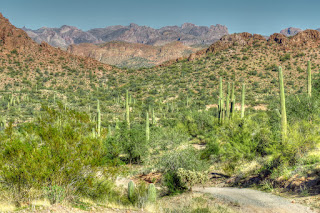 Over on the south side of the Gila River 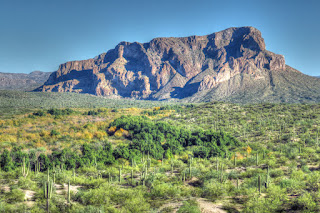 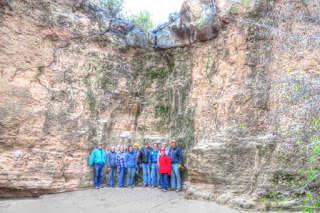 A waterfall during heavy rain.  I have seen a video taken during the summer monsoon with lots of water flowing over.  I took some of the ATV group up to the bottom the other day.  That would be me on the left. 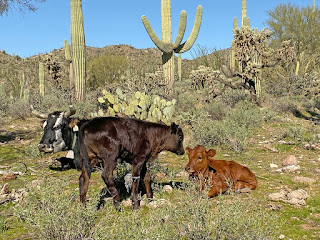 Some cows spotted on a ride 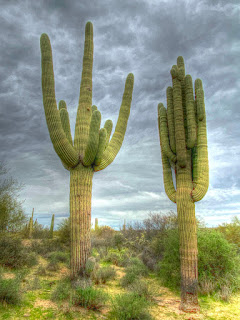 One thing about the storms is the expressive clouds we get 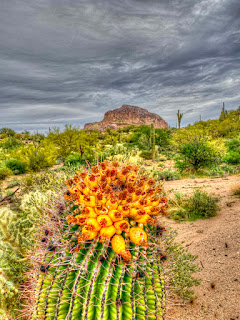 Barrel Cactus with South Butte behind 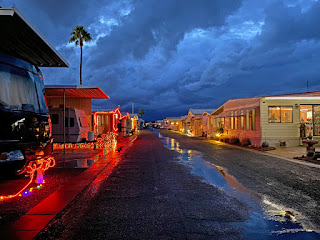 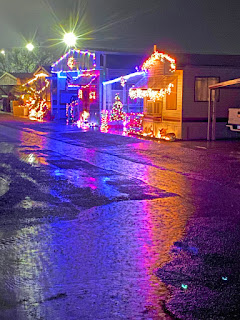 Later on our walk when we were caught in a downpour.  We are taking shelter on someone's porch but we were already soaked! 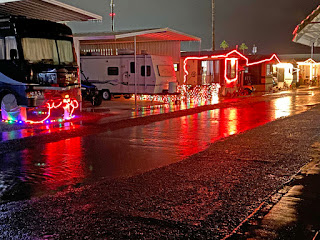 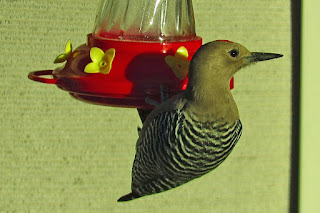 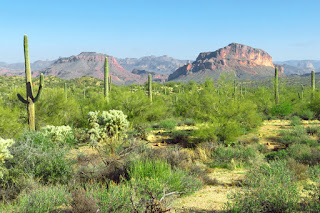 A few photos from yesterday's ride on the south side of the Gila River.  I don't ride on the north side during any holidays or weekends because there are so many idiots out there tearing up the trails.  Thanksgiving week and Christmas and New Year's see large numbers of RVs parked all over and they all have ATVs.  On the south side we seldom see anyone. 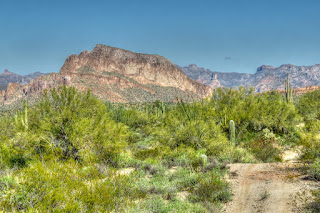 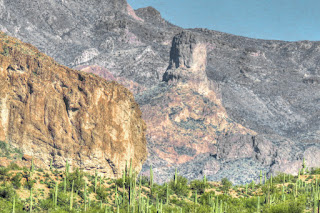 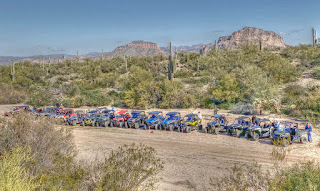 Twenty one machines in my group yesterday 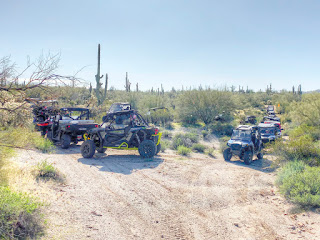 Posted by John and Aileen on the road at 8:04 AM