Aileen's right eye continues to improve and we are still putting drops in it four times a day.  Tomorrow is moving day.  We hope to move up to Bamberton Provincial Park for five nights.  We will have Georgia with us Wednesday to Sunday while Richard is hosting a conference at the university.  From there we will be house sitting for Cousin Neil and Carol until about July 2 at which time we will move back to Richard and Robin's in preparation for Aileen's left eye surgery on July 4.  That's as far as the plans go at this time.


All photos taken with the Canon SX60 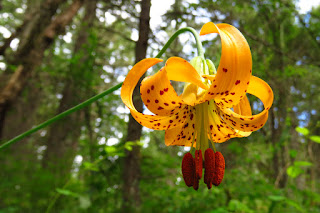 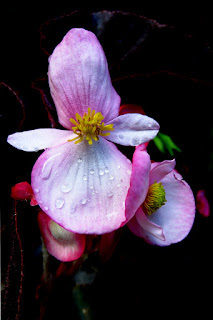 The next several flowers were taken at Butchart Gardens one morning 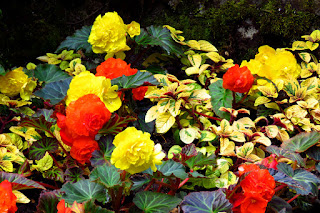 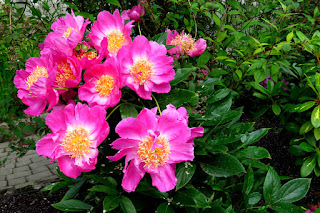 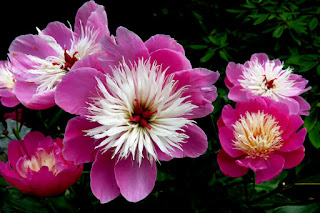 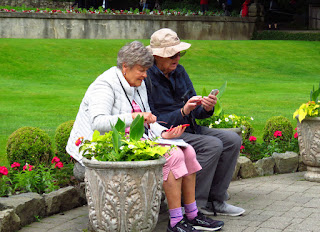 This is not just a young persons phenomenon 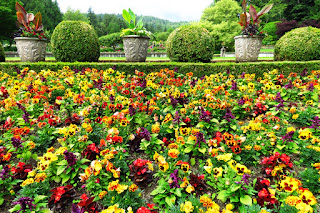 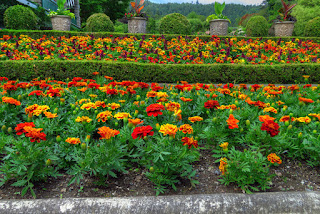 Marigolds in front of pansies 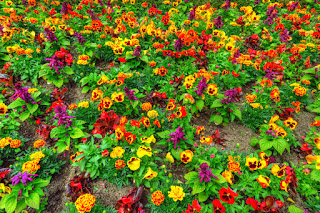 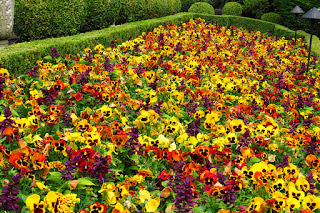 Did you guess there were a lot of pansies? 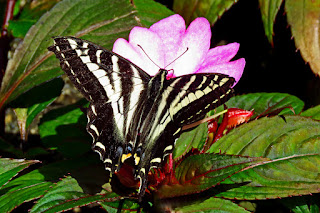 As I was heading back to the car, I saw this butterfly that let me have two shots 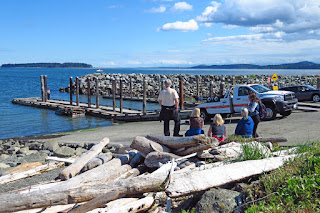 Friday afternoon after we picked up Georgia from school, we were walking by the boat ramp in Sidney when we noticed a tow truck hooked to what looked like a wooden float.  When he started winching it in, a truck appeared below it. 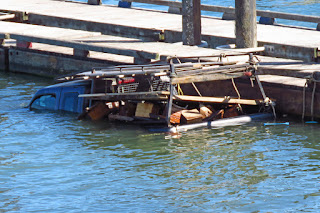 Apparently, the guy parked his truck up on the flat but seems to have left it in neutral.  After a while when he was down picking up driftwood, the truck rolled down the ramp.  Luckily, it didn't hit anyone or anything.  The police attended and gave him a ticket for something, probably leaving a vehicle unattended.  He makes bird houses out of driftwood that he sells at local markets and the back of the truck was full of them.  Some of them floated loose while the truck was being retrieved.  He also mentioned he had a $2,000 camera in the cab.  I think that will be useless after the salt water dunking. 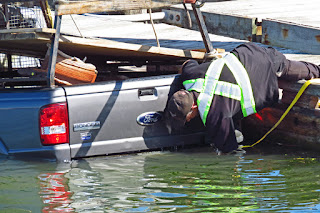 Tow truck drivers have to be flexible 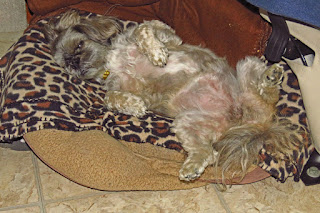 Here's a hot little dog trying to cool off 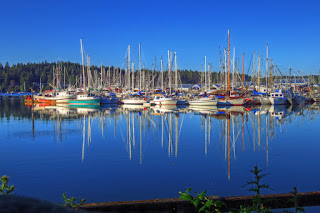 Two of several boat harbors in the Sidney area 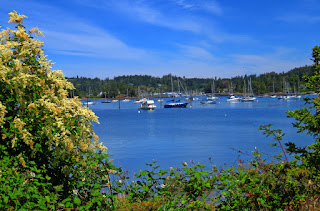 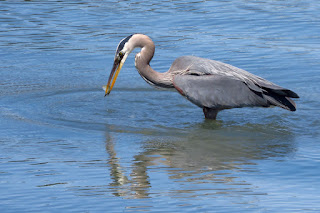 I watched this Great Blue Heron catch a little fish for lunch.  I think it would take quite a few of these to make a meal.

Posted by John and Aileen on the road at 4:53 PM