Yes, it has been a while since I posted but we've been busy.  We had a very busy and fun week at the Escapees Vancouver Island Chapter RV rally.  From there we moved down to Charlie and Sheila's for a while to get busy organizing our 50th anniversary party.
It has really turned quickly to fall weather.  It was 6C outside and just 10C (50F) inside the motor home this morning.  There are lots of leaves falling but that's more likely from drought.
We are also in travel planning mode.  I think I have come up with a route south but it is using some of our previous routes.  We're at the point now where we would have to go quite a way east to find new country.  We will start from Victoria and head down the coast until Newport, Oregon where we will turn east until we turn south and east of Death Valley then down through Las Vegas.  Unsure of which route from there to Florence.
We had to find a broker to buy our travel health insurance from this year since the Blue Cross employees are on strike.  We were fortunate to find one who got back to us in a timely manner and zipped us through the application procedure in no time.  It was even a bit cheaper than last year since we are going to be gone for a shorter period because of our longer stay on the Island. 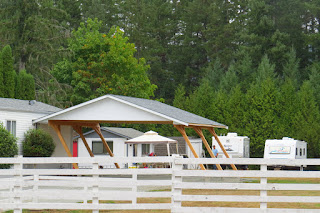 Noticed this new form of architecture yesterday over in Alberni.  Guess he forgot to brace it crossways. 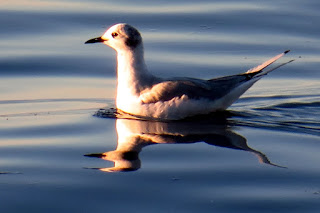 The gulls were practicing their formation flying 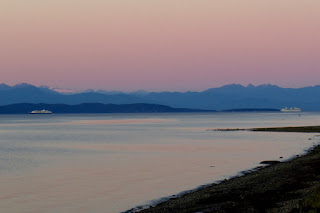 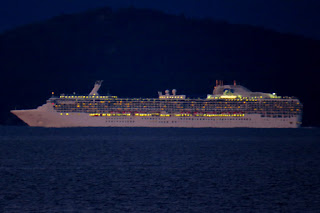 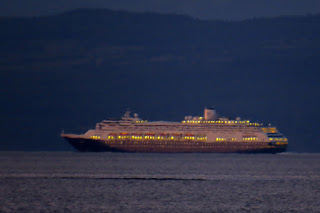 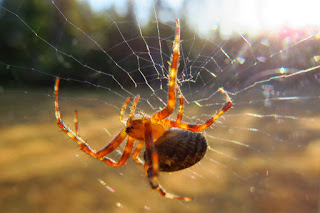 On the fence beside the motor home 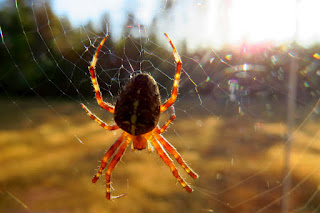 Posted by John and Aileen on the road at 4:07 PM