ALL OUR RAIN IS STARTING TO PAY DIVIDENDS

Boy, time is marching on, we are down to just over two weeks left here in Florence.  Two weeks today is the last day I can ride.  The 17th is put everything away day then first thing on Saturday March 18th we head for Tucson for a week attending the Escapees Club RV Rally.  From there we will begin to make our way back north to BC.
This has been a very wet winter and the desert is getting incredibly green.  I think the first year I rode an ATV there was some water in Box Canyon.  This year it started running through the canyon in mid January and it hasn't quit yet.  In all the years in between, the canyon has remained dry.  With it staying cool, the flowers are running late this year but I expect that after we are gone, there will be a bumper crop of bloom.
We actually surpassed 80F today and it sounds like we will be getting some fairly warm weather for the next while.  There was frost on the roofs when Mitzy and I were walking before breakfast this morning. 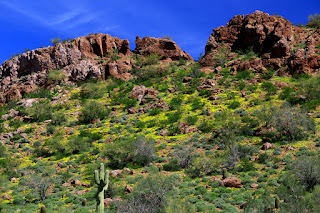 A hillside of poppies 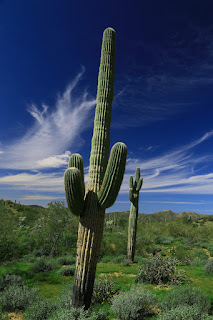 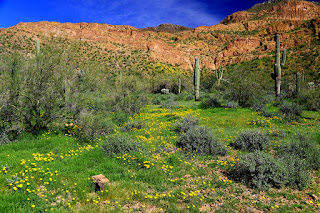 The poppies are getting nice 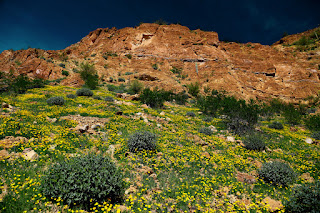 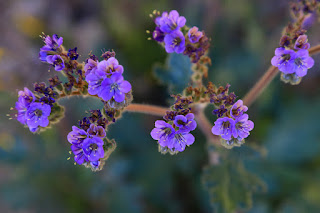 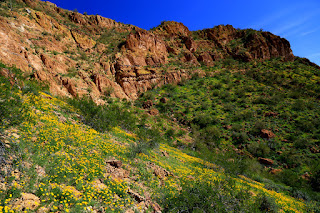 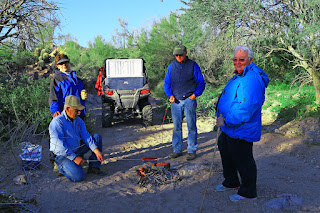 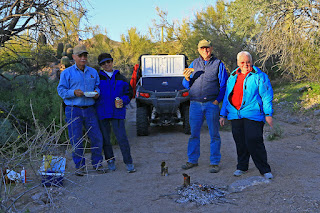 Richard and Judy, myself and Aileen 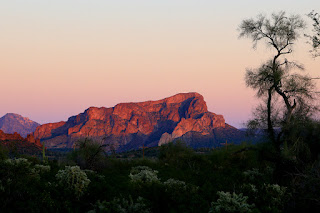 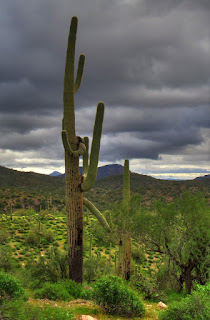 While the rest of the ATV community stayed home on Tuesday because it was raining to start, three of us went anyways.  It threatened a few times but other than one intense ten minute shower of rain and hail, we had a darn nice day.  There was no dust and no traffic 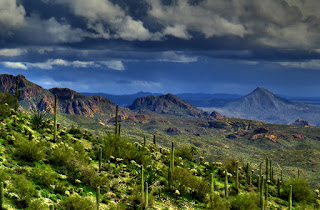 These next three images show how great our weather was.  This is looking southeast. 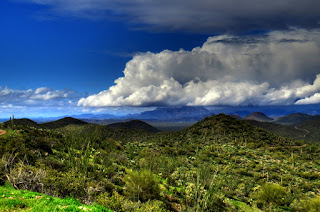 From nearly the same spot, this is looking north west with Superstition Mtn on the east side of Phoenix lurking under the clouds 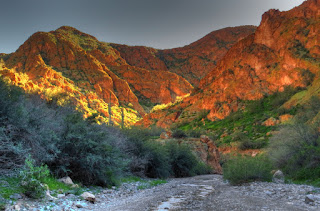 As we approached the bottom of Box Canyon, the colour was beautiful 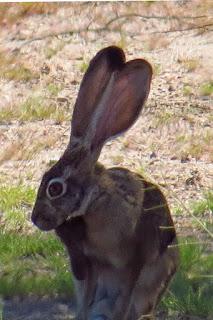 This is an Antelope Jackrabbit 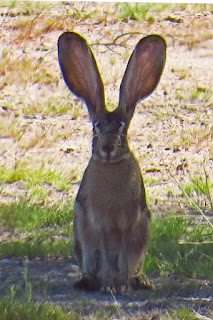 Their ears can be seven inches long 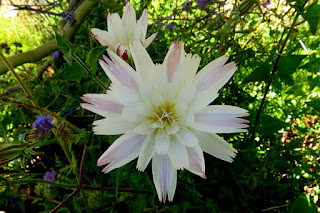 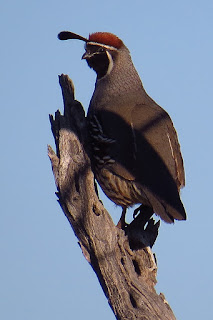 I have been trying all winter to capture a picture of one of these male Gambel's Quail and yesterday while Mitzy and I were on our regular morning walk out in the desert behind the park, we found this guy posing just for us. 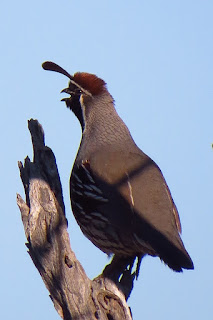 Here he is vocalizing 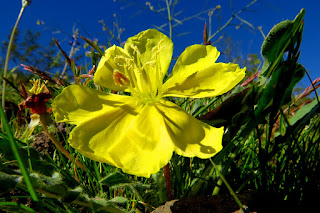 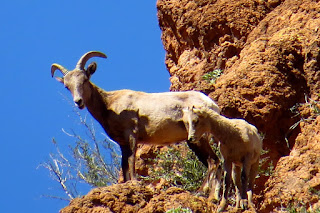 One of my neighbours has lived here for years and never been to Box Canyon.  He asked me awhile ago if I would take him so today we did it.  He lucked out as we saw a large group of Desert Bighorn Sheep. 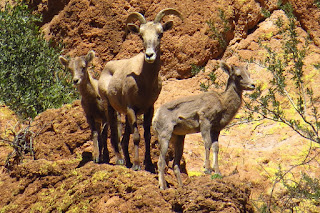 This is the first set of twins that I have seen

Posted by John and Aileen on the road at 8:03 PM