A LITTLE WORK, A LITTLE FUN, BUT WE'RE STILL HERE!

Ok, it has been eleven days since my last post but we are still here although we have been quite busy.  The new windows and sliding door have been installed in the park model and I was able to help the guys at times.  There is a local crew in the park that does this type of renovation which is handy.  The leader is 76 and his guys are 74 and 73.  I have done as much as I could, when I could.  I spent quite a while yesterday shortening six of the blinds, that was a tedious job.  I have washed all the park model trailer windows more than once and that was quite a job as there was silicone stuck on and other things that resisted my efforts.  We have both been busy cleaning and cleaning the reno debris and associated dust.
In addition to the park model reno, I decided to revamp the ATV shed.  When we bought it, there were three feet wide shelves on both sides with three feet in between.  To park the first ATV in there years ago, I removed the right side shelving.  With it being pretty tight for the RZR to park in there, I reduced the left side shelving to about twenty inches.  I tossed some items in the garbage that I hadn't even seen hiding up on the top shelf.  No telling how many years that stuff lay up there.
I did get out riding a few times.  Last Friday Aileen and I were invited to join a small group who were going to go up the old Mt Lemmon Rd from Oracle.  I had debated whether I should abandon the reno for the day but in the end we went and were glad of it.  There were just five machines and great company.  The weather had turned cool so we had to dress warmly and the forecast high winds luckily didn't materialize on the mountain.  We did fight a nasty cross wind all the from Florence to Oracle Junction with the car as we were trailering down.  I only got 15.2 mpg US with the Honda CRV instead of its normal 29-30 mpg US when not trailering.  It was 54 miles up to the top and back to where we offloaded the ATVs and I got 26.46 US mpg with the 570 RZR.  I was in turf mode most of the day which helped as then the rear axle is not locked causing binding on the turns.  We were able to sit out on the patio at 8400 feet at the restaurant on Mt Lemmon and we were visited by several birds.
One day Aileen and I cleaned out Ken and Marie's carport getting it ready for their arrival.  They arrived last night and we helped them get unloaded and settled.  We also made a trip to Camping World in Mesa to buy some new camping chairs.  We've gone to ATV club happy hours every Wednesday and yesterday we went and had our photo taken for inclusion in the Caliente directory.   Aileen has been busy doing Christmas cards and letters when she can fit it in.  Are we finding retired life boring?  No way! 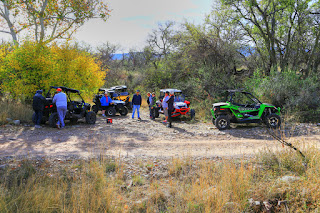 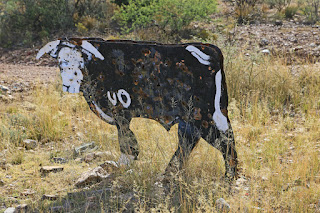 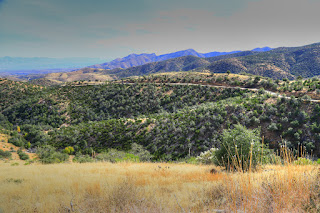 Looking back at our road 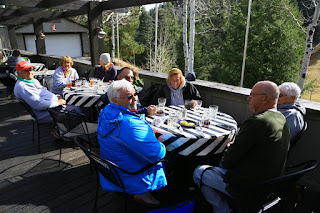 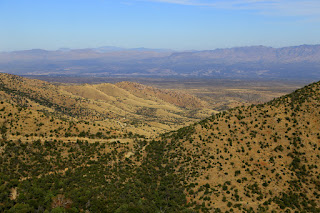 Looking down at our road 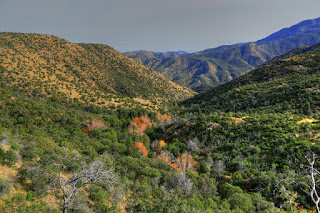 Sycamore trees in the canyon
Closer up below 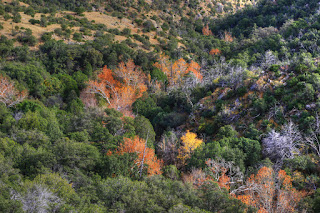 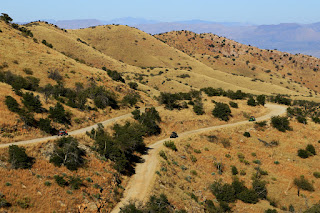 Three of our machines on one of many switchbacks 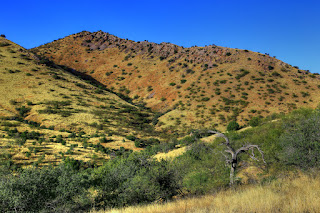 A scenic view partway up 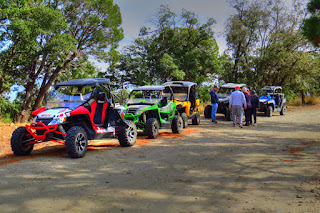 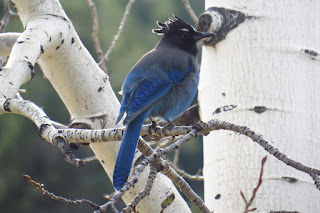 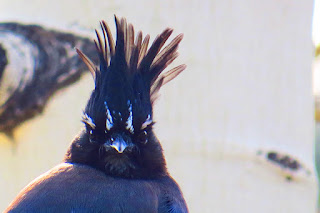 The wind was blowing his topknot 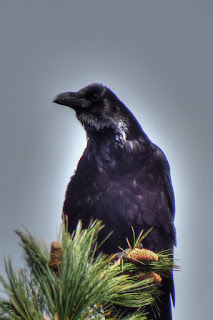 The raven was watching us from afar 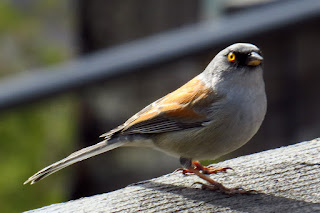 This Yellow Eyed Junco joined us for lunch 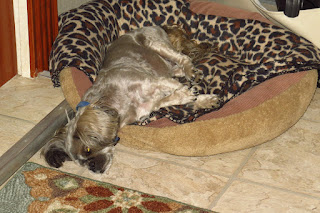 Meanwhile, back at the motor home, Mitzy is hanging out of her bed 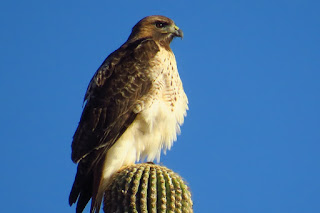 A Red Tail Hawk on my Tuesday ride this week 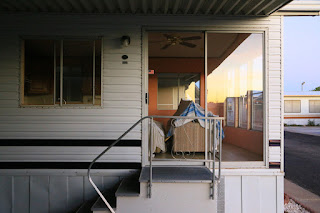 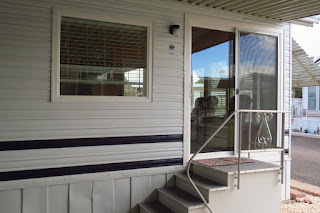 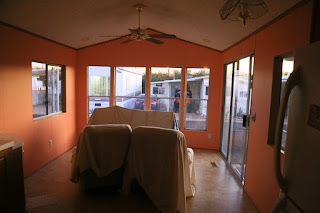 Before but after painting 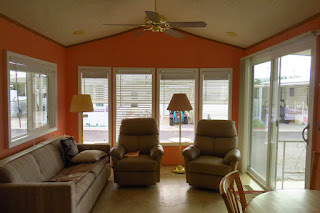 Posted by John and Aileen on the road at 5:37 PM