A CHRISTMAS EVE STORM FOR US

We had a wicked little storm come roaring through on Christmas Eve.   There were no paper luminaires lit and no Christmas caroling on the streets.  There were some indoor celebrations and a service in the clubhouse though.  I had Mitzy up to the dog park just as the storm ended and when I saw a rainbow starting, Mitzy and I sped home where I grabbed my little camera and zipped up to the clubhouse where there was some open area to see the rainbow better.  I grabbed several quick shots then the rainbow faded away before I was finished, but that's so often the way of it.
A bit later, as I sat at my computer editing the rainbow images, I noticed a sunset developing.  Thinking it might become interesting after the storm, I quickly dressed and grabbed my little camera and headed outside.  The street still had lots of water draining to the west so I was able to use the water to advantage with the sunset.  I enjoy these dramatic moments but they are often so fleeting that one usually doesn't get a chance to get decent photos.
We awoke to clouds again today and it is supposed to be like this until another storm comes through on the weekend.   We were fortunate to be able to have our Christmas dinner outside at Ken and Marie's.  We did utilize the propane patio heater.  Aileen and I did a turkey, gravy, roasted Brussels sprouts and cheesecake while Marie had potatoes, salads, desserts and more.   Of course there was way too much food so lots of leftovers.  We sat out til after dark and played two games of Hand and Foot.  The ladies were the big winners in the first and Ken and I managed to beat them in the second game.  Jim and Judy, friends from Grand Junction, are expected around New Years and will be renting through March so there will be lots more card games coming up. 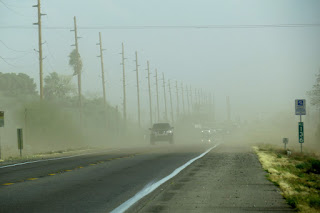 On the highway between Florence and Coolidge, this dust storm was the prelude to the rain storm that arrived a few hours later on Christmas Eve. 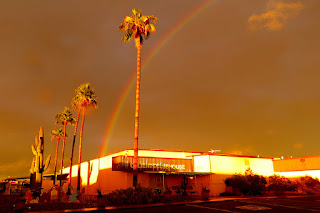 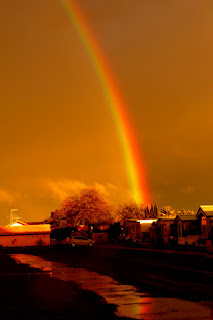 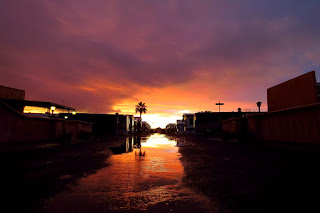 This is looking down our street, Ocotillo, just after the storm 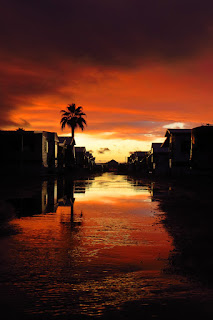 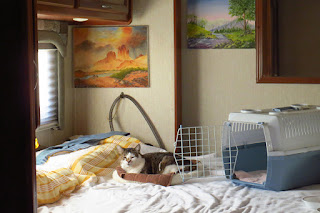 This is how Sophie spent her Christmas Day.  Of course that's how she spends every day.  And no, we didn't paint those pictures.  One of our neighbours was moving back north and was throwing them out so I got them for free.  I think she painted them during some classes in the park sort of based on the Bob Ross method of painting. 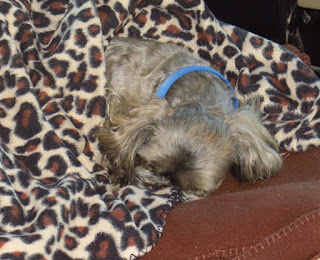 Mitzy bundled up on Christmas Day, again the normal way she spends her days. 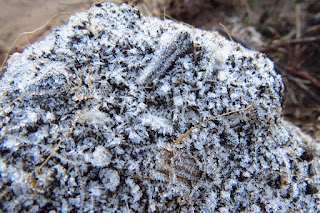 For you northern readers, just to show you that we do get cool temperatures.  We had frost both the 26th and 27th mornings. 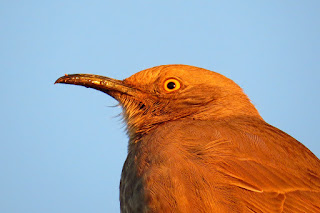 This is a Curved bill Thrasher.  I got this from about twelve feet away.   He is so yellow because the first rays of the sun illuminated him and the sun painted everything very yellow. 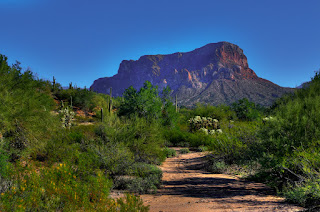 These three shots are from my ATV ride yesterday on the south side of the Gila River.  With the Christmas holidays, the north side of the river is a madhouse with lots of ATVs and Jeeps from the Greater Phoenix area flooding the trails at this time every year. 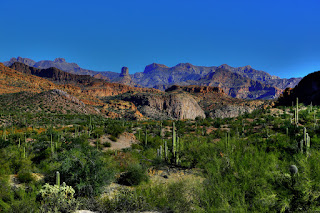 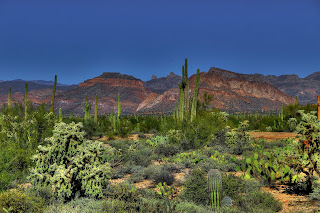