BACK IN ERRINGTON FOR A WHILE AGAIN

We left Cluxewe Monday morning and drove down to Campbell River where we parked at Cousin Bill's again.  Tuesday morning, Aileen and Mitzy went to Courtenay for Mitzy's vet appointment while I drove straight down to Errrington with a stop to fill the propane tank.
Aileen and her friend Bev had hair cuts Tuesday afternoon so it was decided we would all go out for supper afterward.  Well, I suggested a restaurant we used to go to once in a while with no problems but something has changed.  Their menu now only lists one meal that is gluten free and that is ribs.  After Aileen telling the waitress about her gluten issue and carefully questioning the her and having her confer with the kitchen, or at least that was supposed to have been the case, it seems the meal was not gluten free after all.  Starting about 2:30 in the morning, Aileen was up being very ill.  The Shady Rest is now off limits for us.
I went off to the Escapees RV Club Chapter lunch by myself on Wednesday as Aileen was still ill and had gone back to bed.  She was considerably better this morning.  We have Richard and Georgia coming to visit tomorrow afternoon and they will stay over until Monday.
Today was laundry catch up day for me and I did five loads in total.  I did some pruning and hauled and spread some bark mulch.  There is a big push on here to get the gardens looking nice for Logan's and Taryn's wedding reception in early July.  Aileen has been actively involved in gardening duty as well.  Our schedule seems to be filling up quite a bit, but we are still hoping to get over to Long Beach for a week or so in early June. 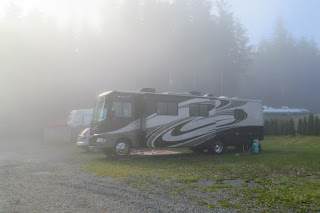 Our parking space at Cluxewe in the morning fog 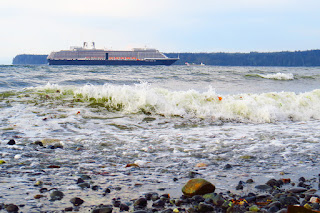 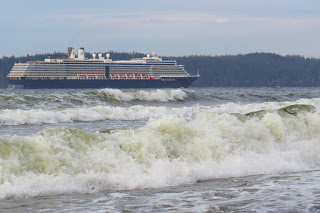 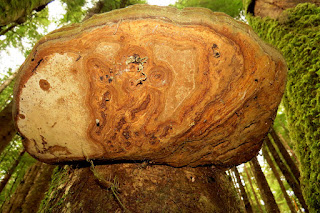 This is the underside of a large fungus growing on the side of a tree, taken with my Canon SX50 using the flash.  This fungus is old and deteriorating.  Can you see the face on the left? 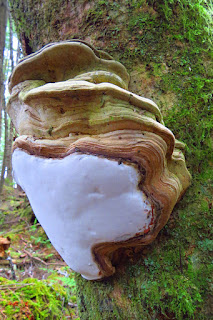 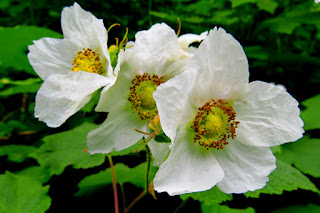 Posted by John and Aileen on the road at 8:09 PM