On Saturday when just us and Jerry and Donna were left here in camp, Jerry called over wanting to go for another ride. I thought that was a great opportunity to check out whether I could make a group circle ride utilizing Preacher's Pass.  We had a great ride with just two machines and w didn't meet many others all day either which made it nice and peaceful.  Following my nose for the most part, I only took one dead end road but that was some of the best scenery of the day.  Too bad it didn't go through.  Eventually we found our way to some country I recognized and then I knew just which trails to take.  I was very impressed that Aileen was able to make four days in a row of riding. 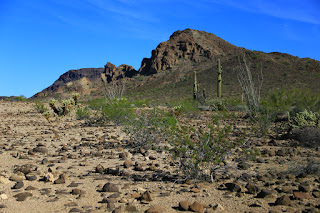 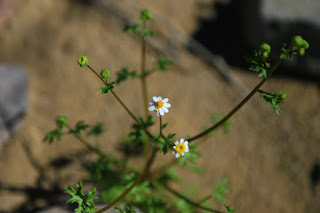 Rock Daisy growing in a wash 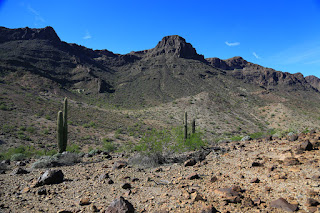 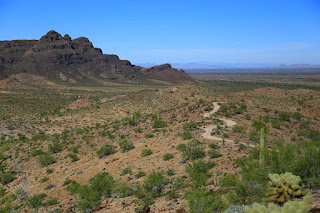 Looking back from partway up to the pass 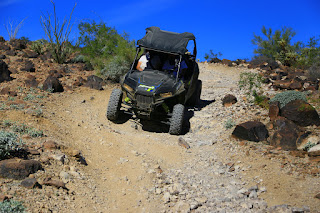 Jerry and Donna in one of the lumpy areas 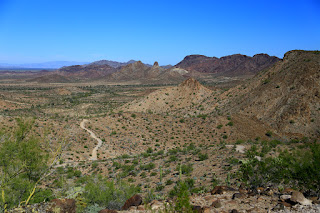 Looking north from the pass where we had come from 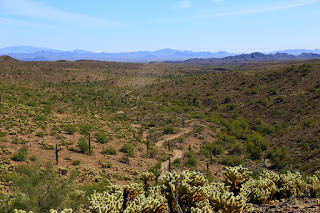 Looking east from the pass to where we were heading 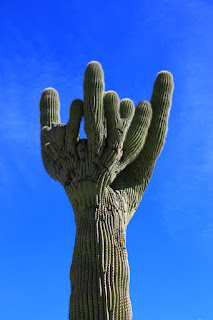 We found a Crested Saguaro 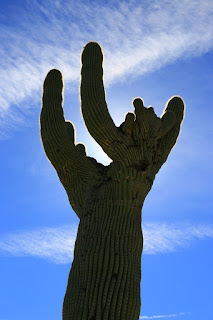 I'll let you come up with the title of this one 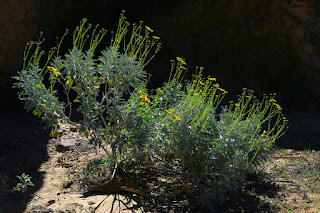 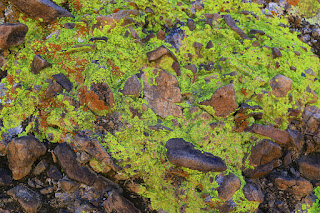 We came upon some large boulders with nice vibrant Lichen 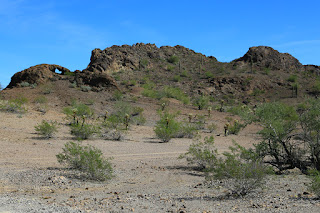 There were lots of these little arches 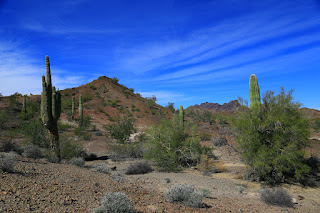 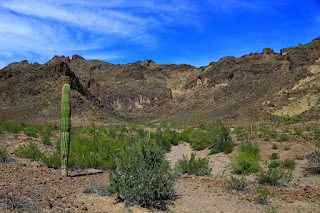 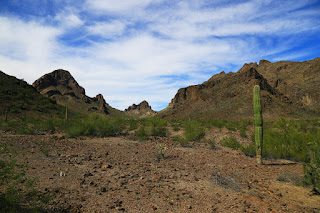 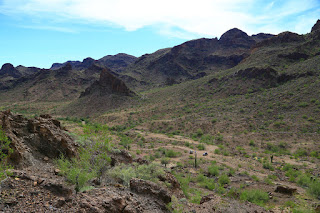 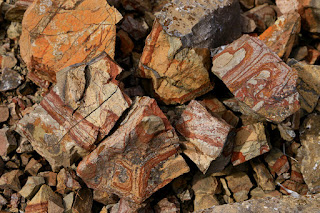 Posted by John and Aileen on the road at 7:20 AM