Aileen and I went to Victoria yesterday.  We took her cousin and his wife out to celebrate their wedding anniversary.  Pat and Irene (90 and 88) marked their 67th year of marriage yesterday.
They are both young for their years and great fun to be around.  We had a great visit with them.   We enjoyed a visit with their daughter while at their house.
After having a rest at an ocean side park in Oak Bay, we made our way to Georgia's aunt and uncle's house where we had a late birthday party for Georgia who is now a teenager.  Yep, thirteen already! Georgia's cousin Megan and her baby Chloe from Yellowknife were there as were her other grandparents, Barbara and Allan, Richard and Robin and Robin's sister Nancy and Brian.  We were over fourteen hours there and back so we were pretty tired by the time we arrived home. 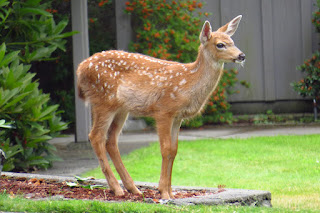 We saw this fawn in a suburb of Victoria yesterday 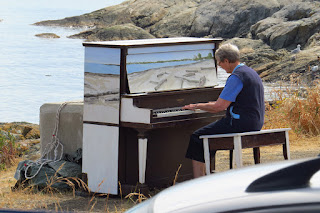 An art inspired piano was placed at Cattle Point in Oak Bay, a suburb of Victoria, several people sat down and played a few notes while we were there 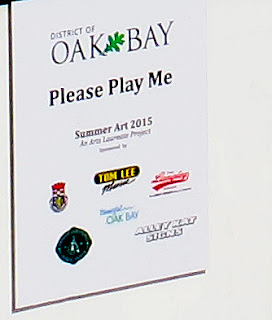 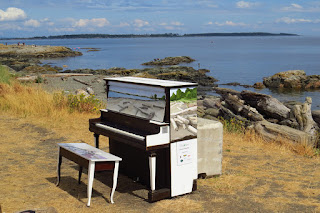 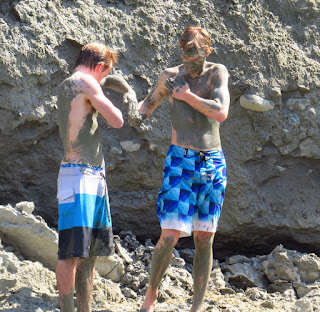 Today while I was out geocaching I spotted these chaps at the clay banks pool along Englishman River.  The object was to get good and muddy apparently then jump in the river to wash off.  I asked them later if it made their skin healthier but they were a bit embarrassed.  They were older than I thought too as they drove away in different vehicles. 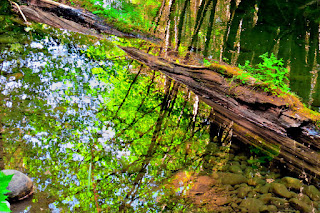 Continuing on my walk this afternoon, I spotted these nice reflections in a spawning channel 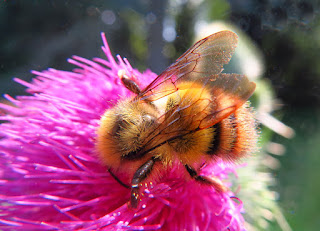 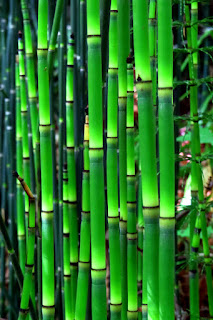 Posted by John and Aileen on the road at 9:17 PM