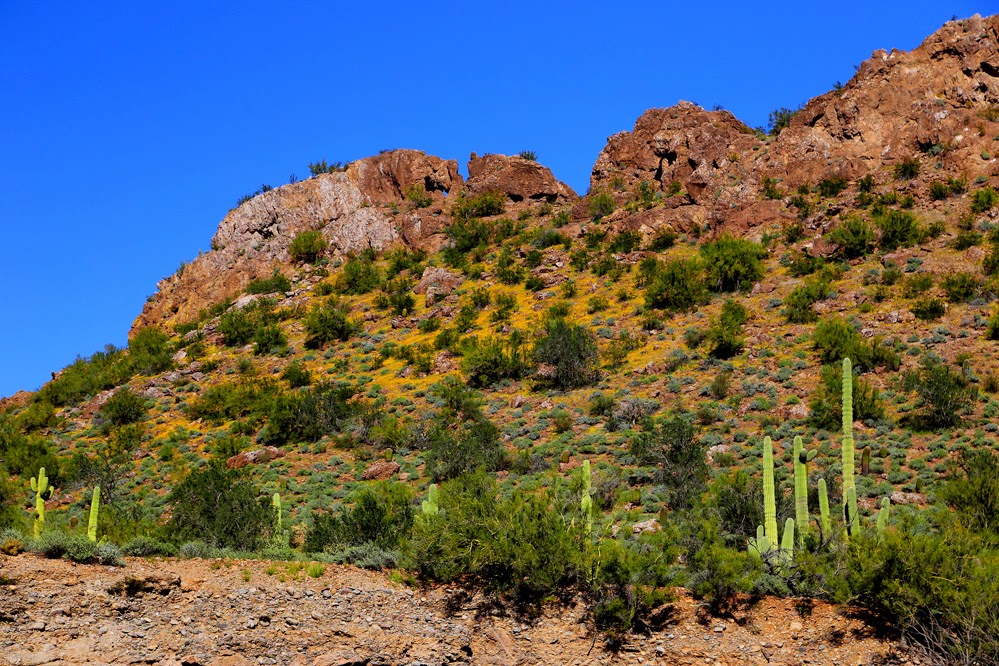 When the sun shines now, the poppies look great 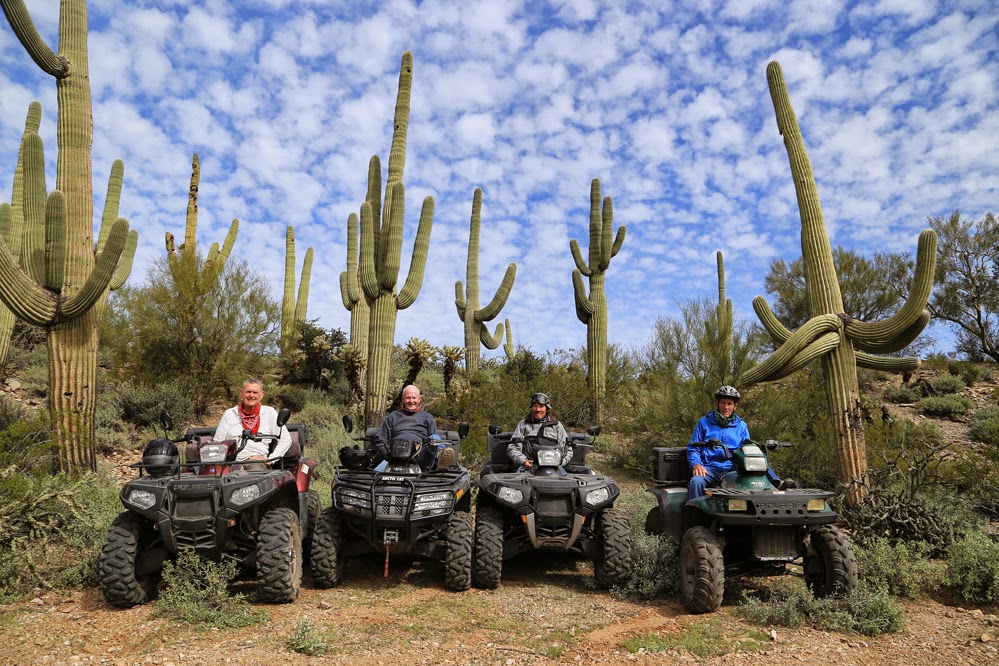 I had a small group on the Tuesday ride.  The one on the left is 81 and the two on the right are 83.  The chap on the right just bought his first ATV at 83, having never ridden before. 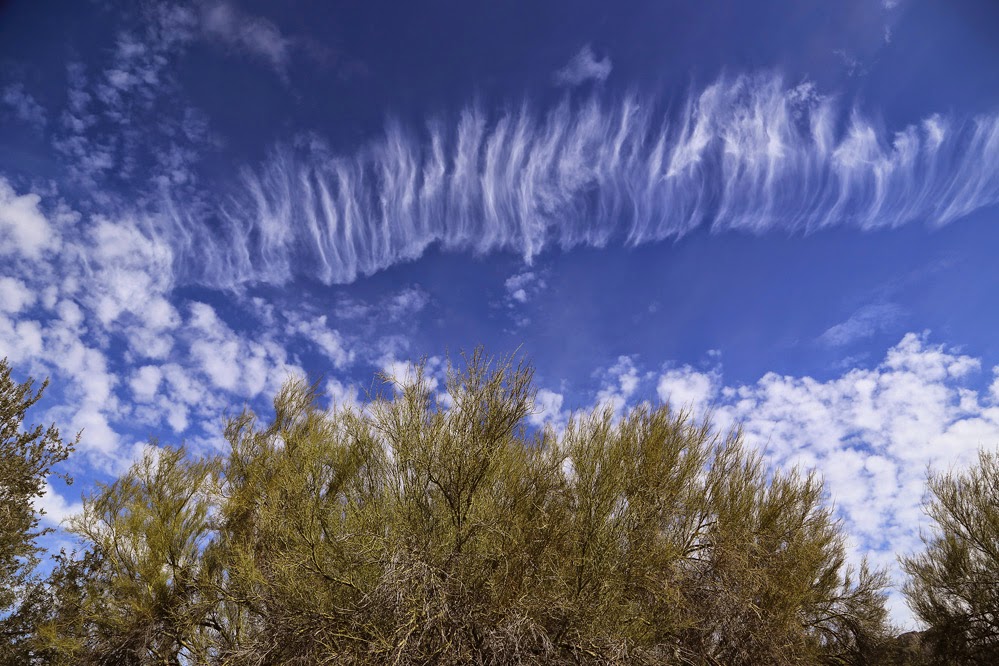 Lots of neat skies on Tuesday 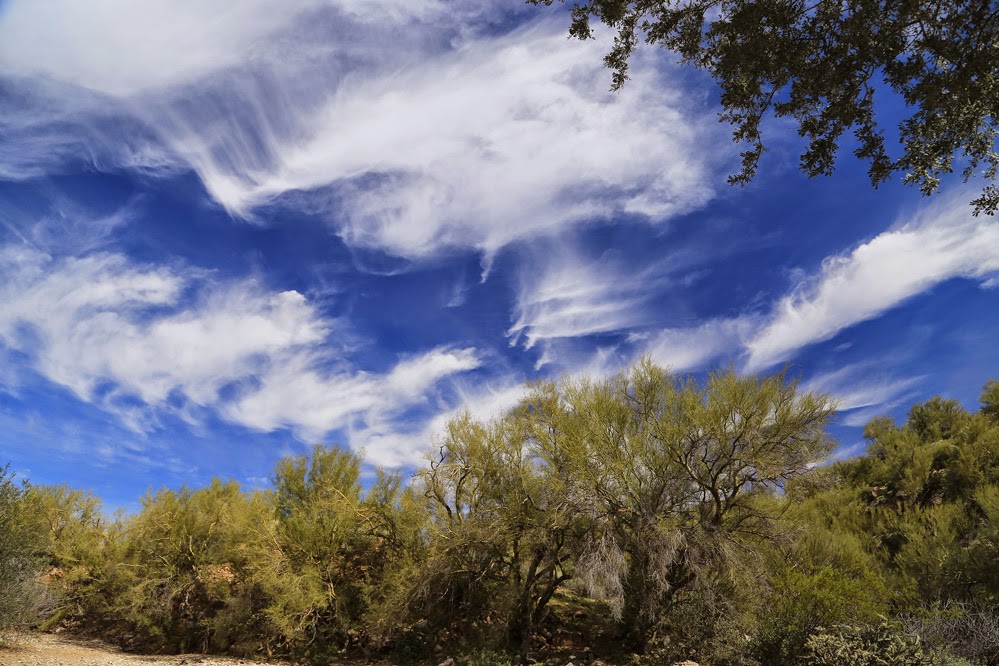 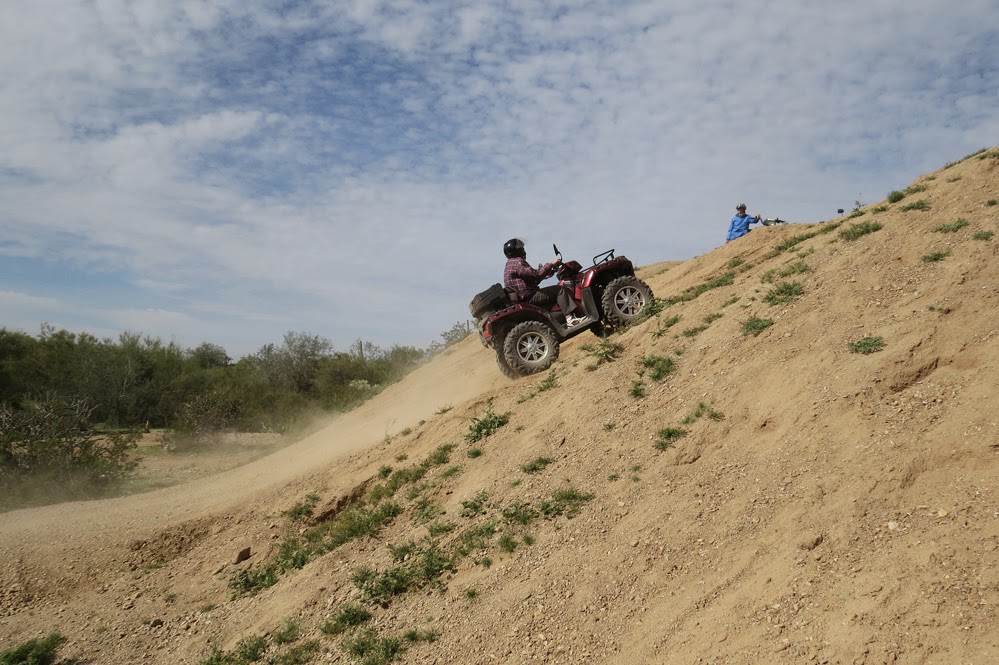 With the small group, we took time to play on the sand hills 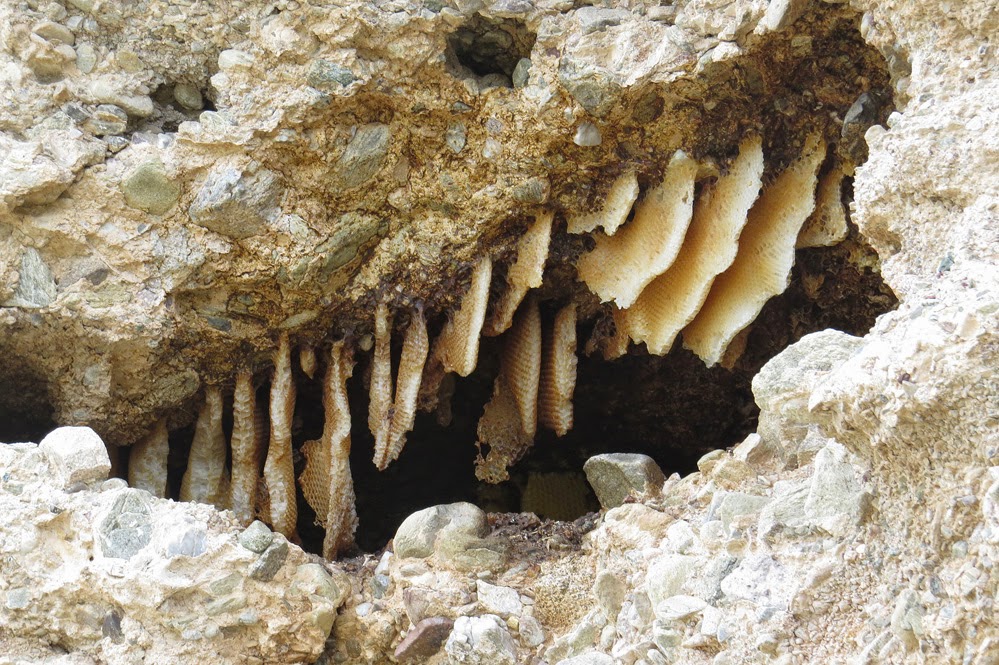 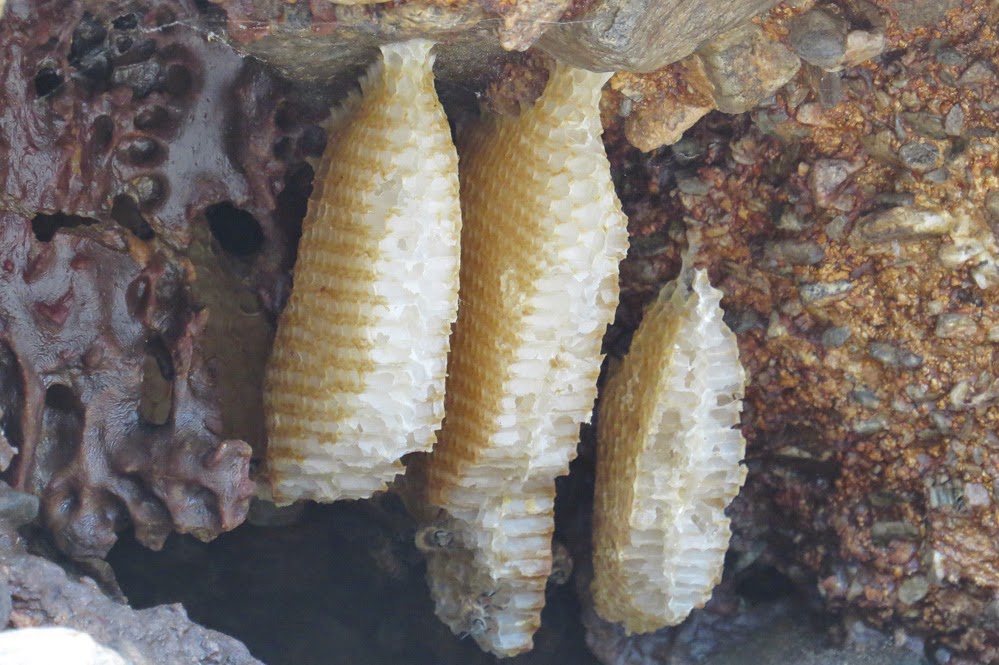 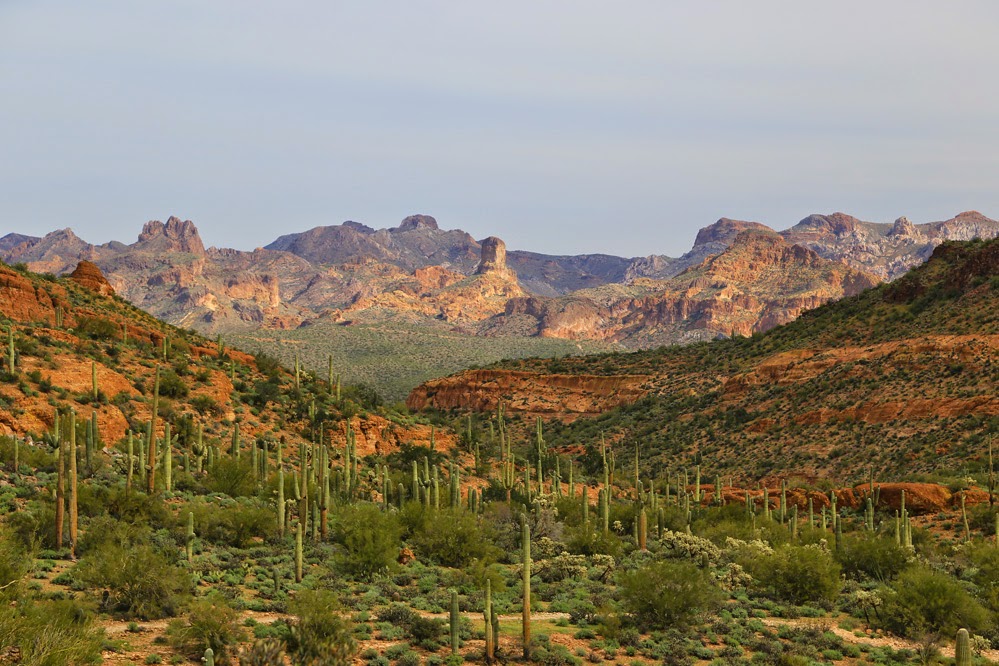 Yeasterday I took our neighbour's group to the Coke Ovens.  This was about as sunny as it got even thought the forecast was for mostly sunny. 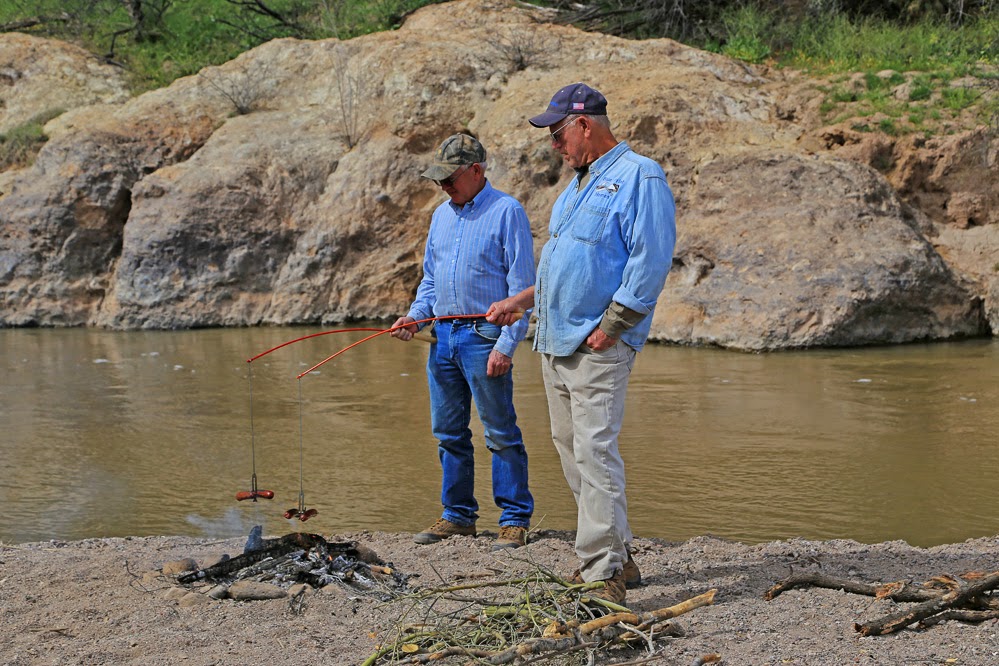 Gayle and Bud wiener fishing alongside the muddy Gila River 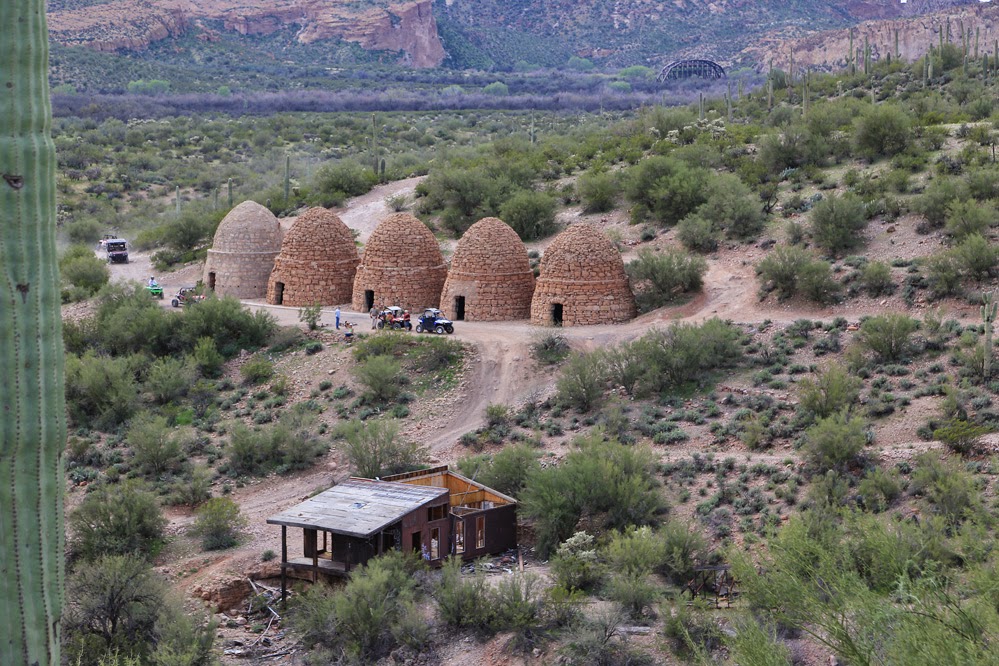 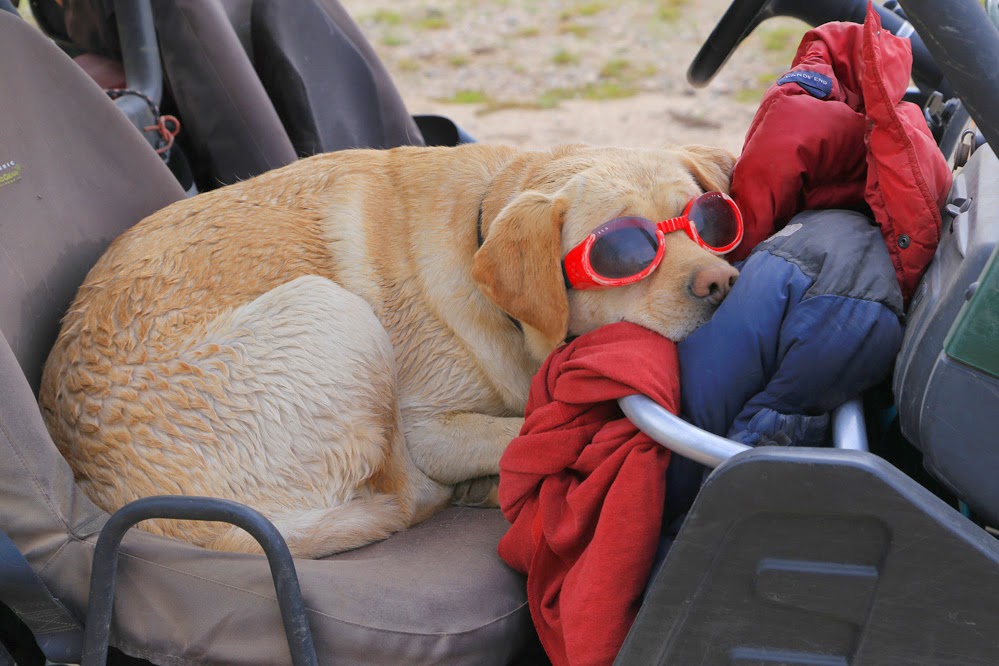 We had another group of four ATVs catch up to us.  Since they were new to the area and unfamiliar with the trails, they were very happy to follow us until I pointed them toward their destination. These two labs were good riders but a little bored with having to stay aboard while the people visited.  In yet another small world moment, one of those couples from Iowa used to live in the same small Montana town as our neighbour's Gayle and Danette.  They remembered hearing about each other and of course knew lots of the same people. 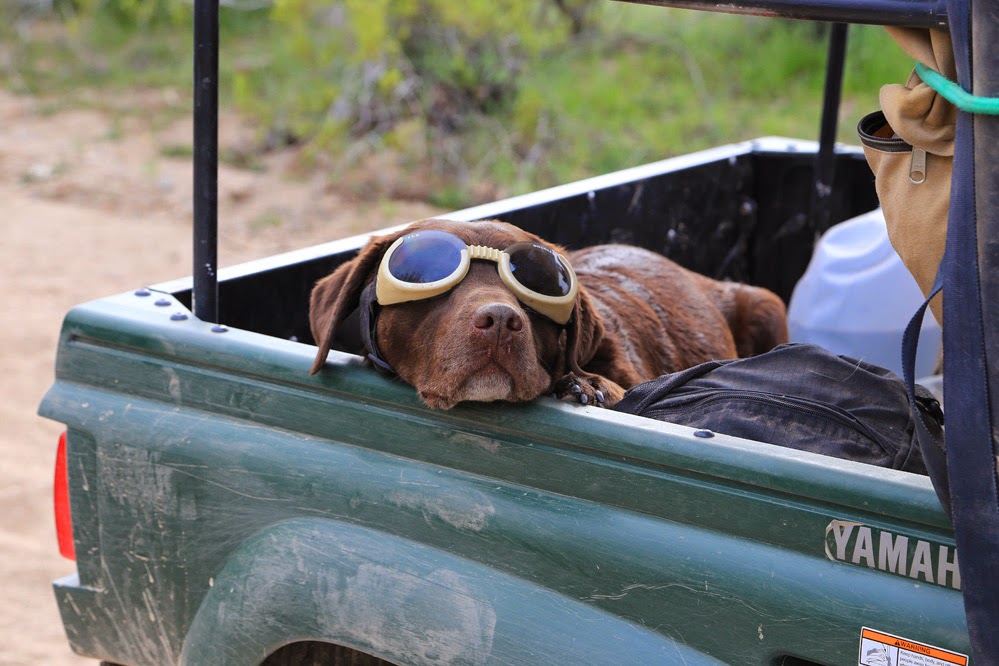 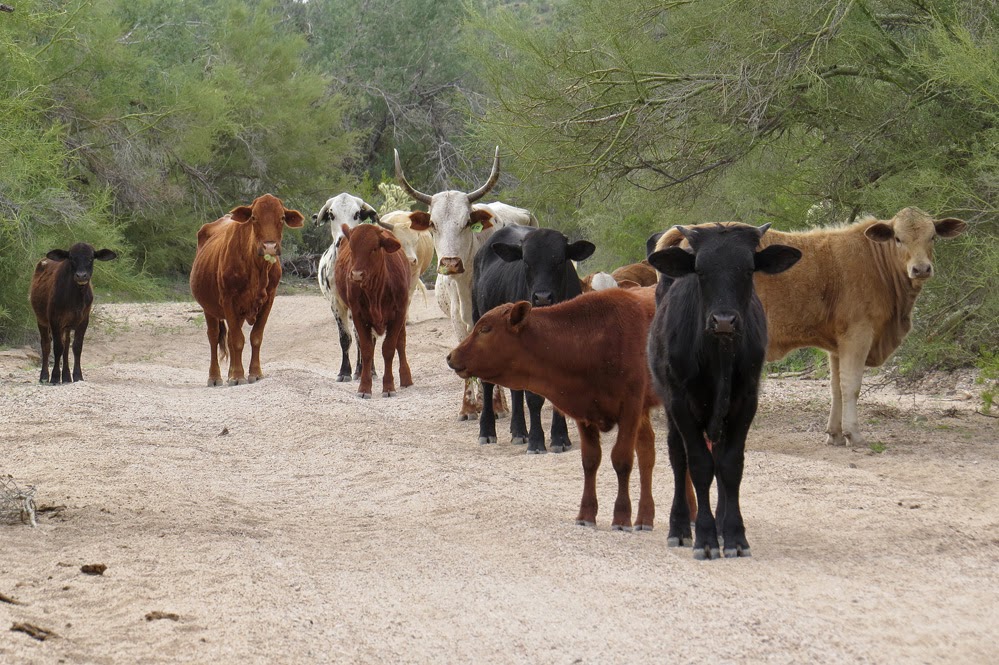 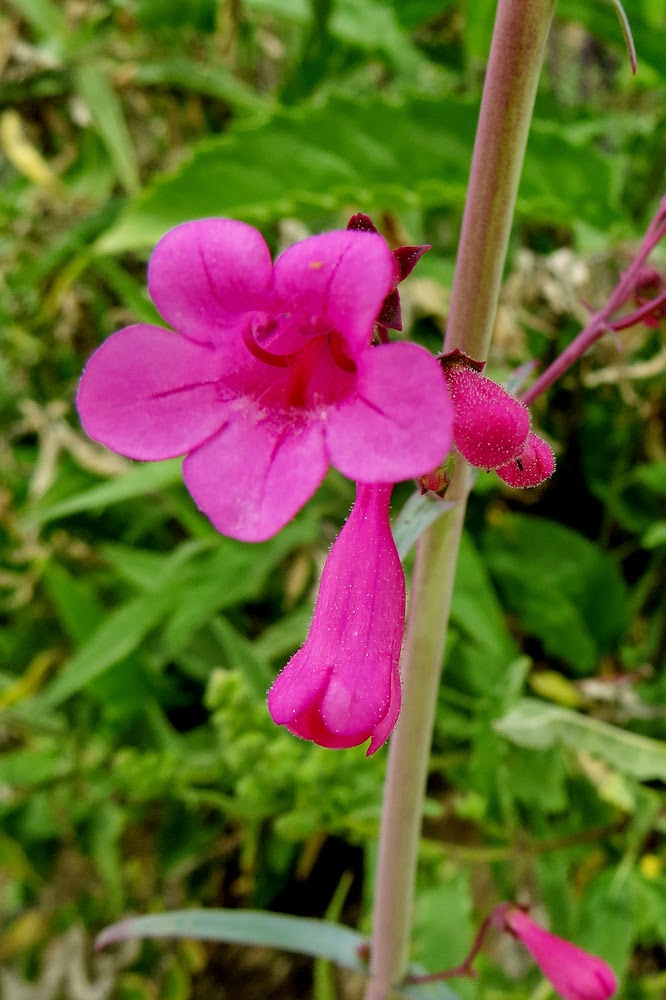 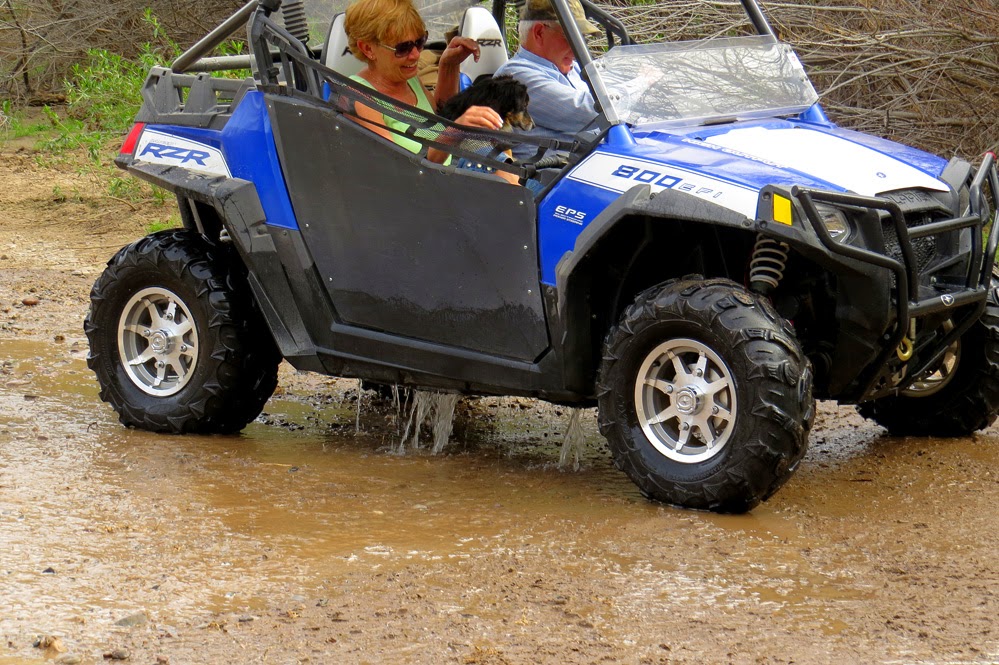 The Gila River has quite a bit of water in it as they have opened the dam to irrigate crops out in the valley.  You can see the water level on Gayle and Danette's RZR. 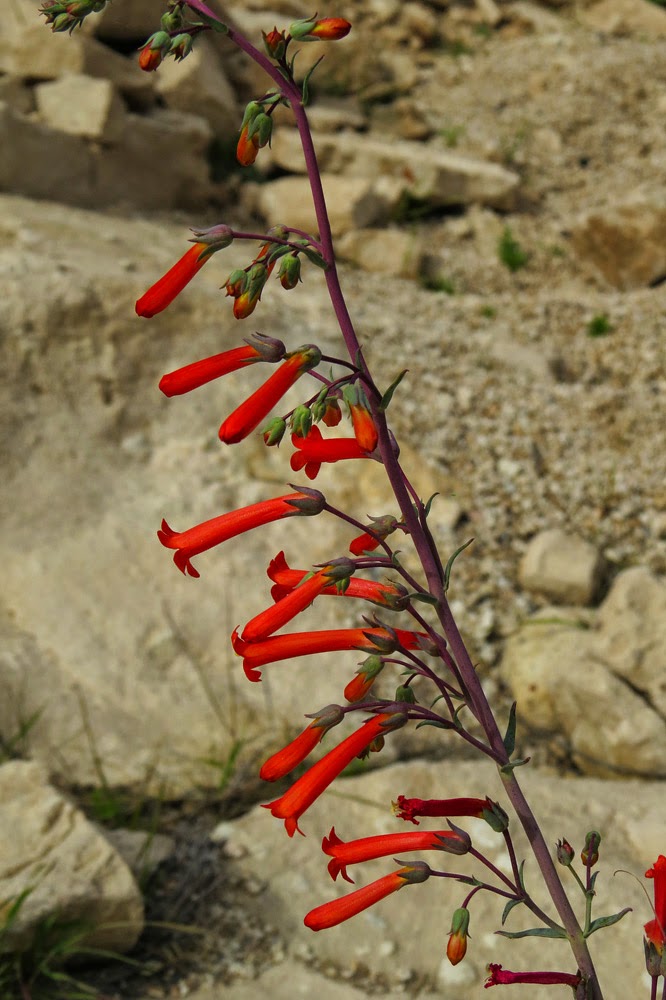 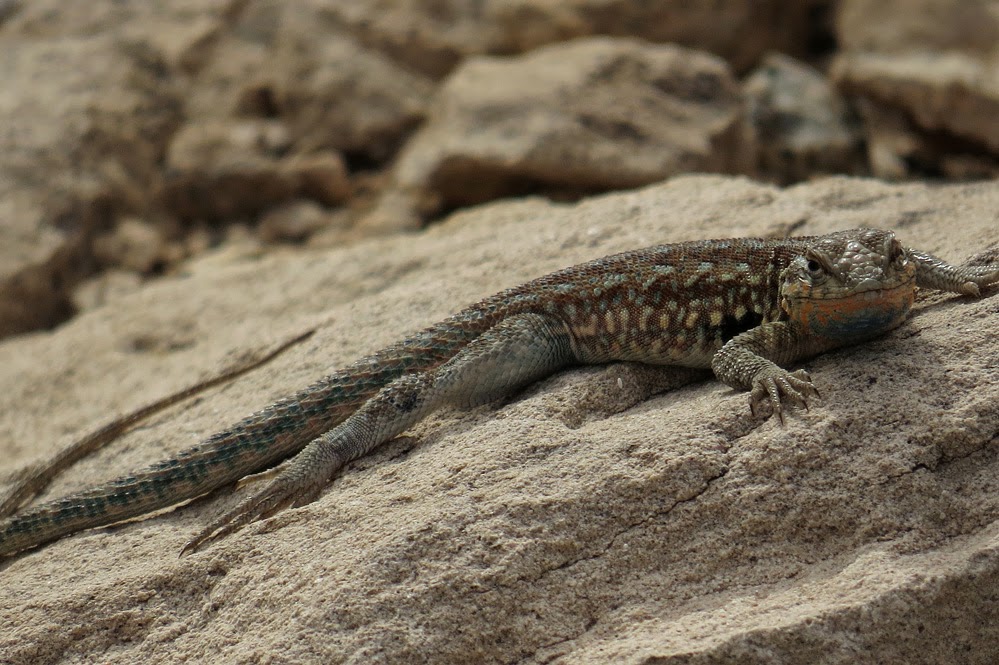 A little lizard we saw along the trail.  His body would be 4-5 inches long.