BEAUTIFUL ARIZONA SCENERY AND THE FLOWERS ARE STARTING 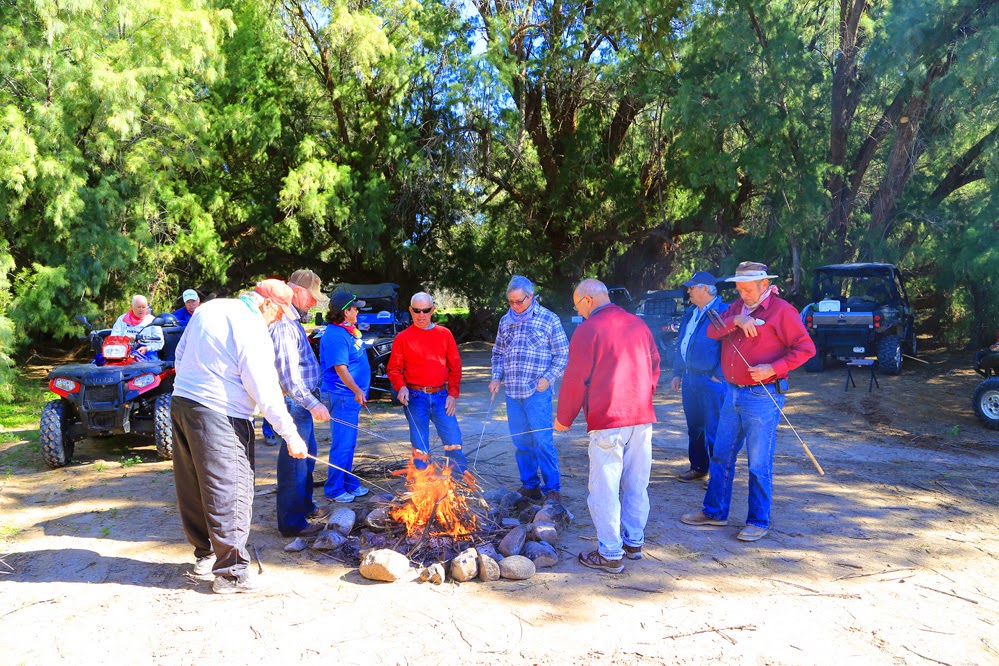 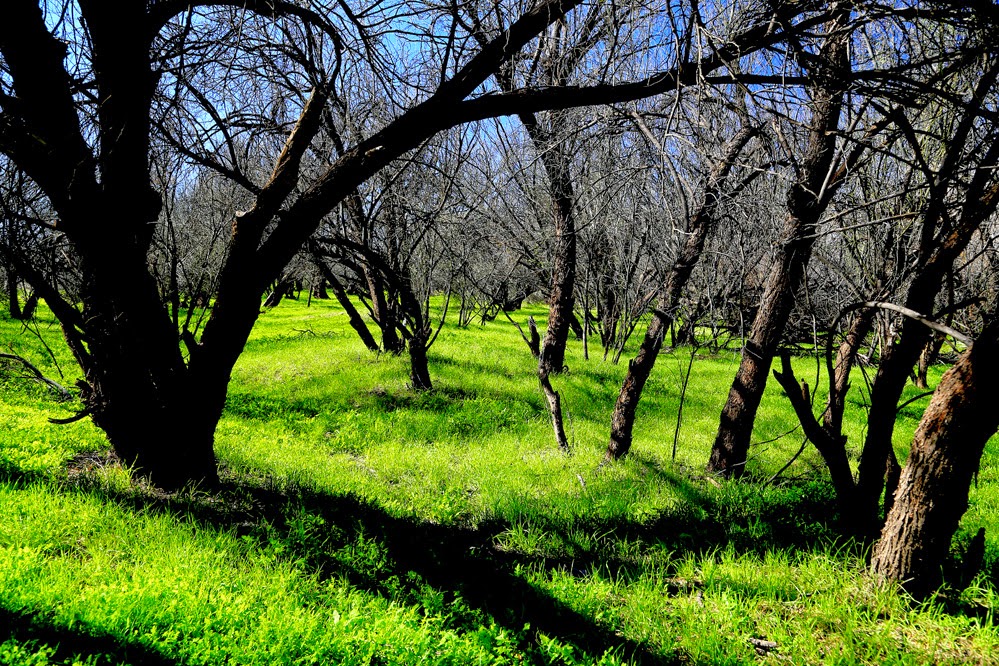 After our recent heavy rains, there is lots of green growth under the mesquite trees 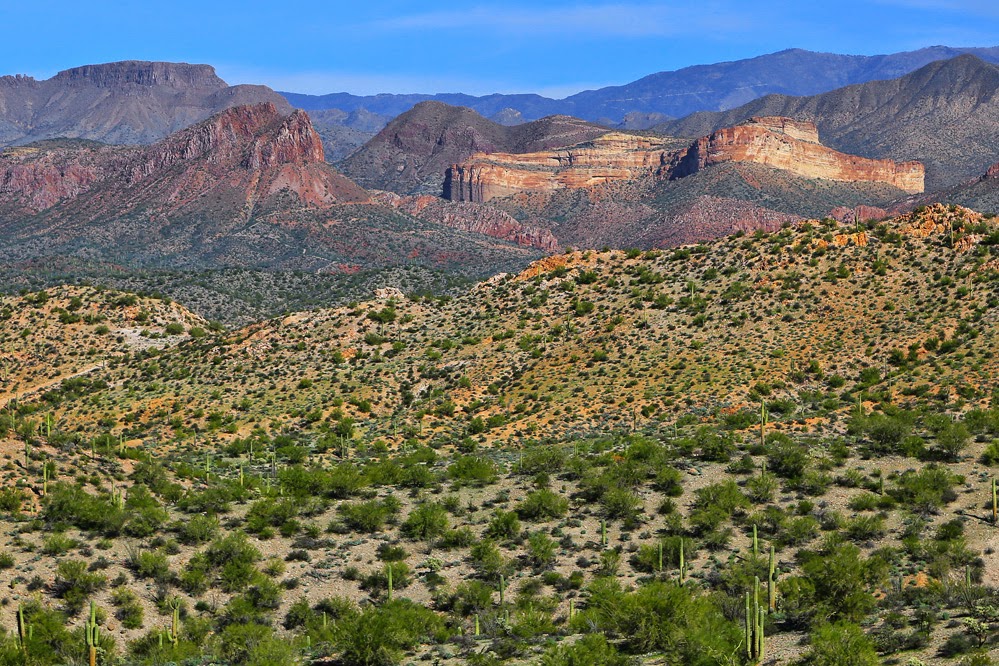 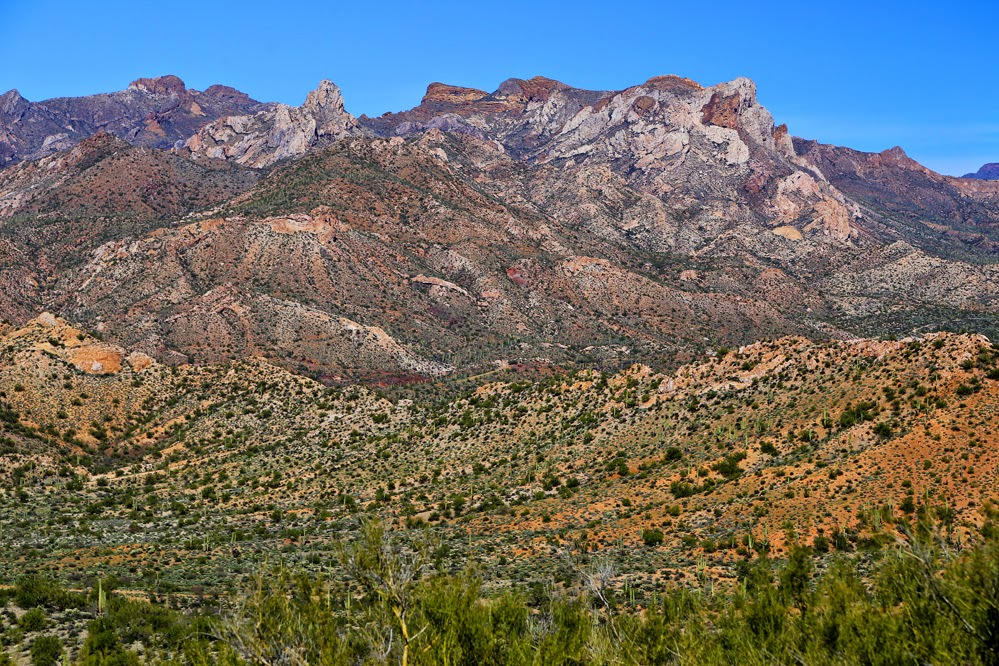 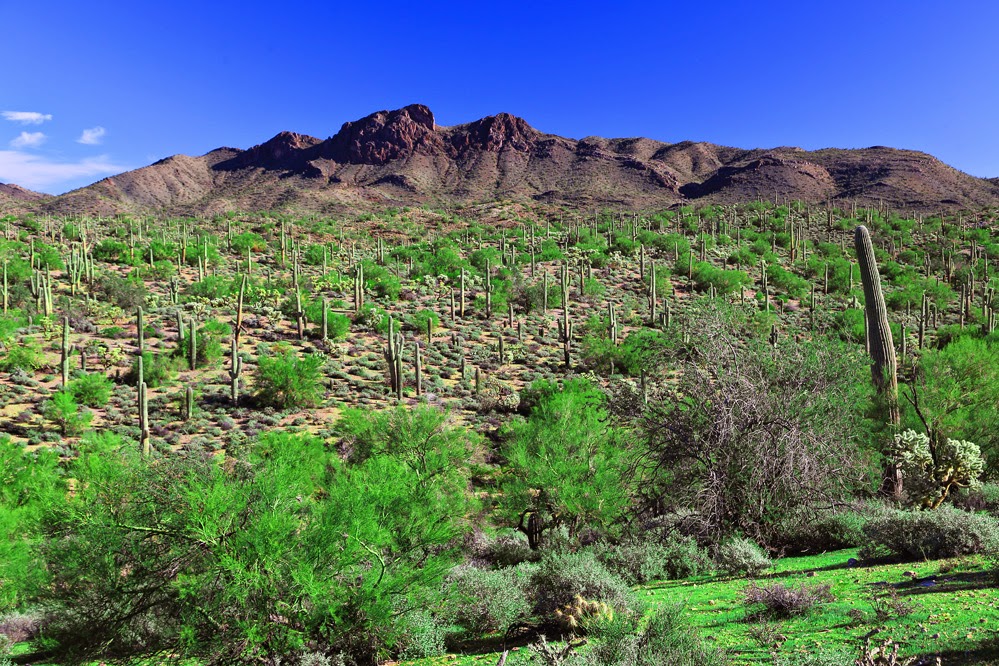 Our Friday ride last week took us below Mineral Mtn and the green desert.  I think this is perhaps the greenest desert we have experienced since starting to visit the southwest in 2008. 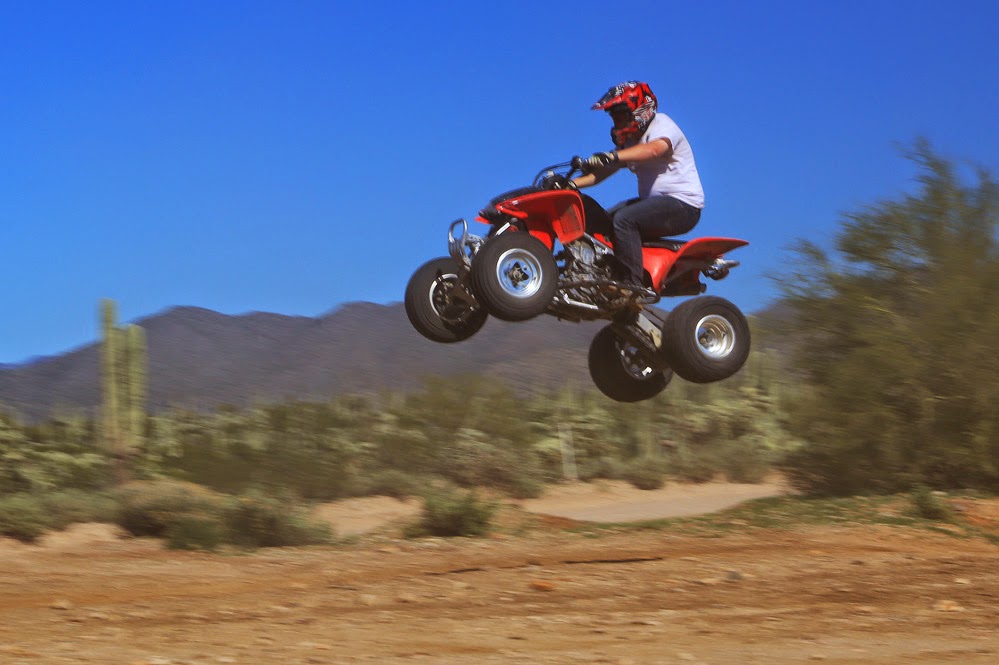 Also last Friday, we stumbled on three young guys playing with this machine.  They had broken one, rolled another so were down to just this one. 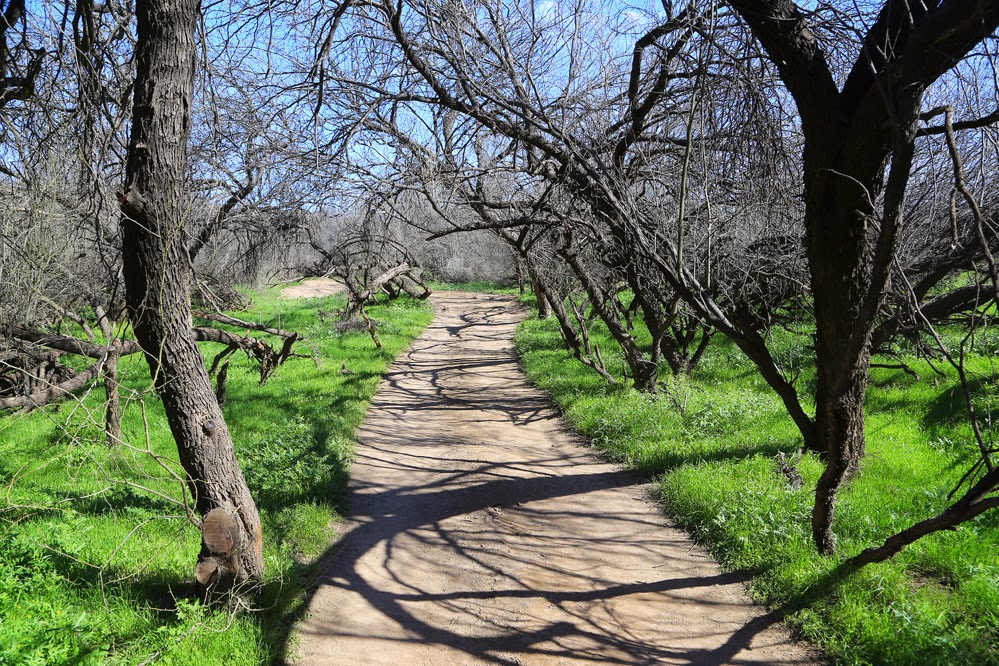 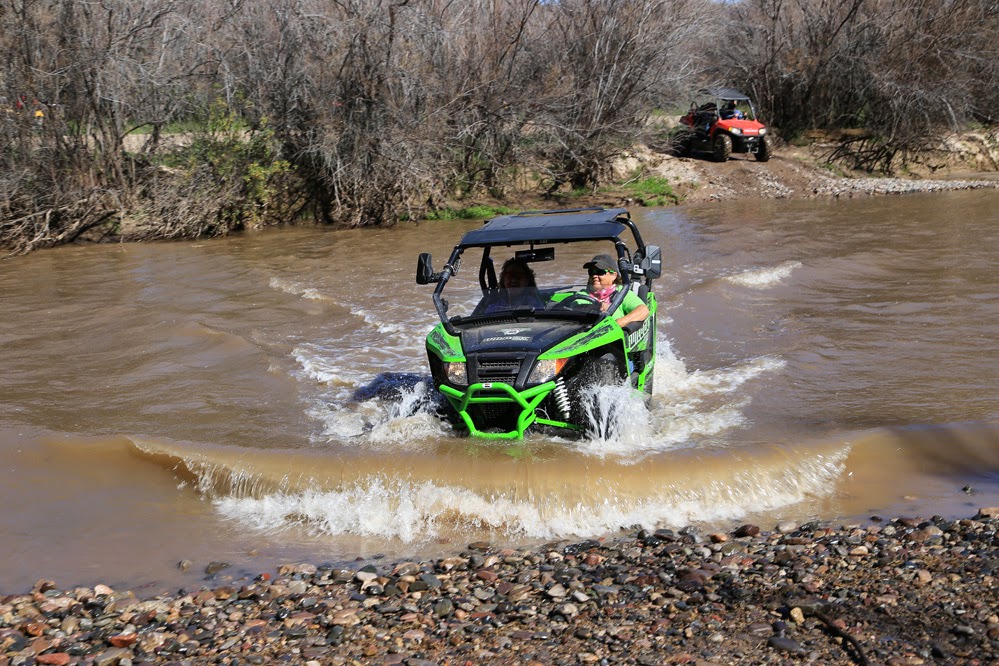 They had released more water from the San Carlos Dam causing higher water at our crossing which made for a bit of excitement.  This is Sandi, one of our many lady riders. 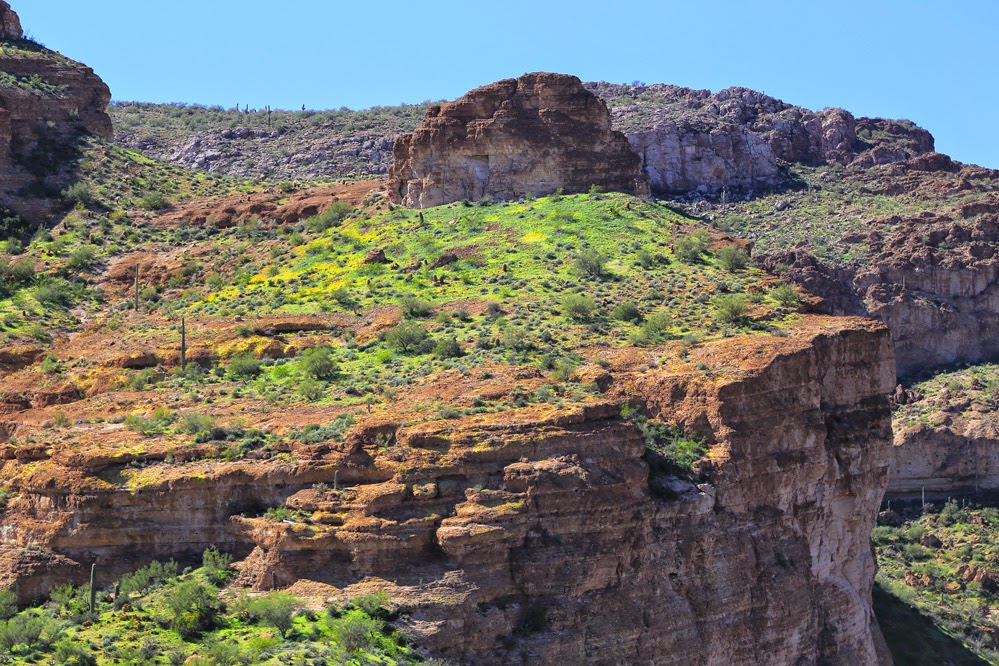 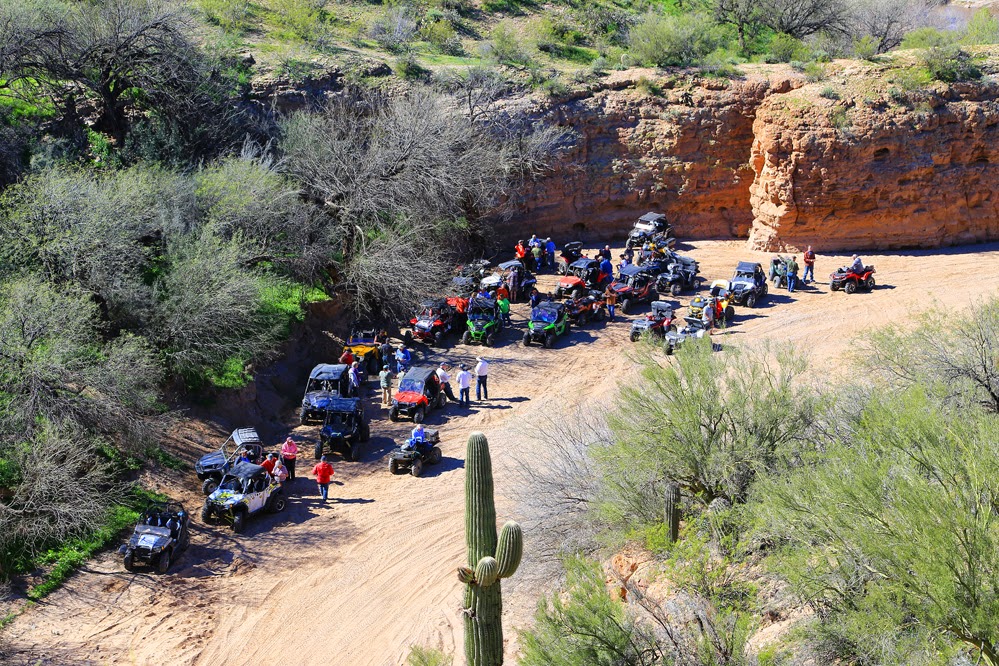 We had so many riders out this Thursday we split into three groups to make things more manageable.  We met for lunch and had 31 ATVs and well over 40 people! 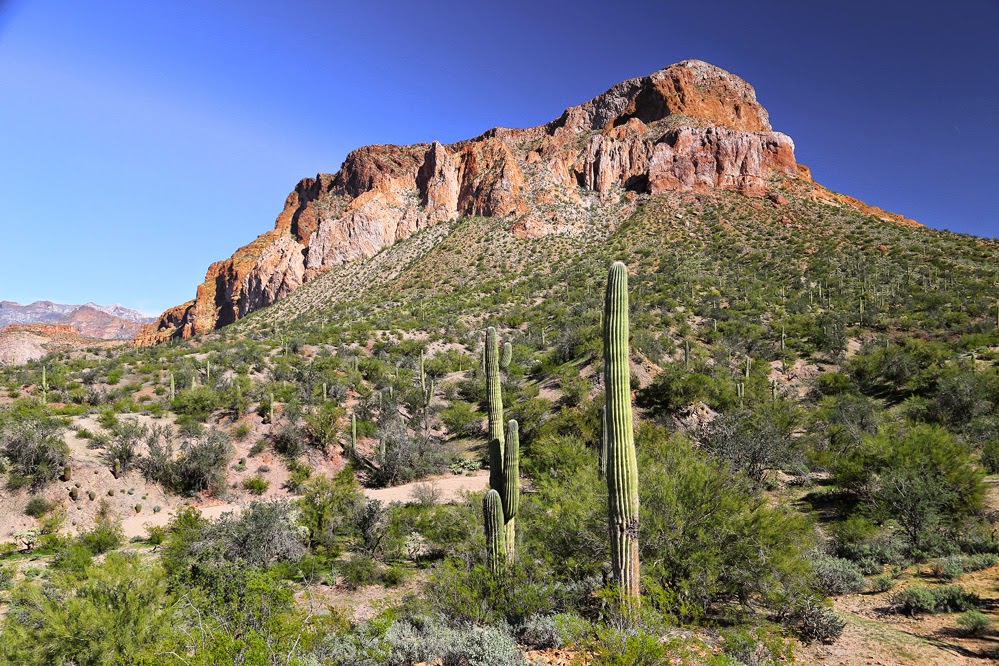 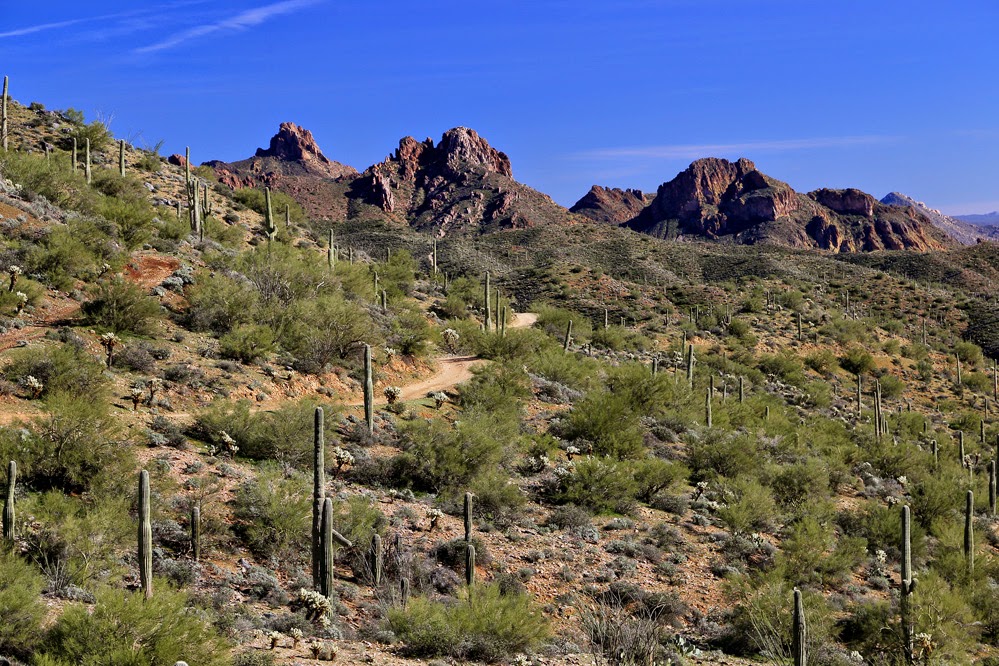 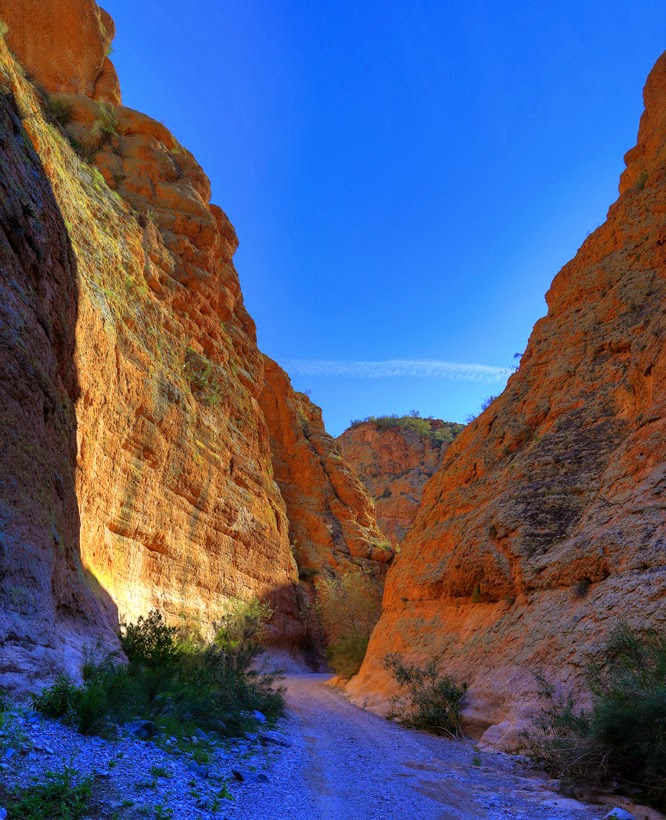 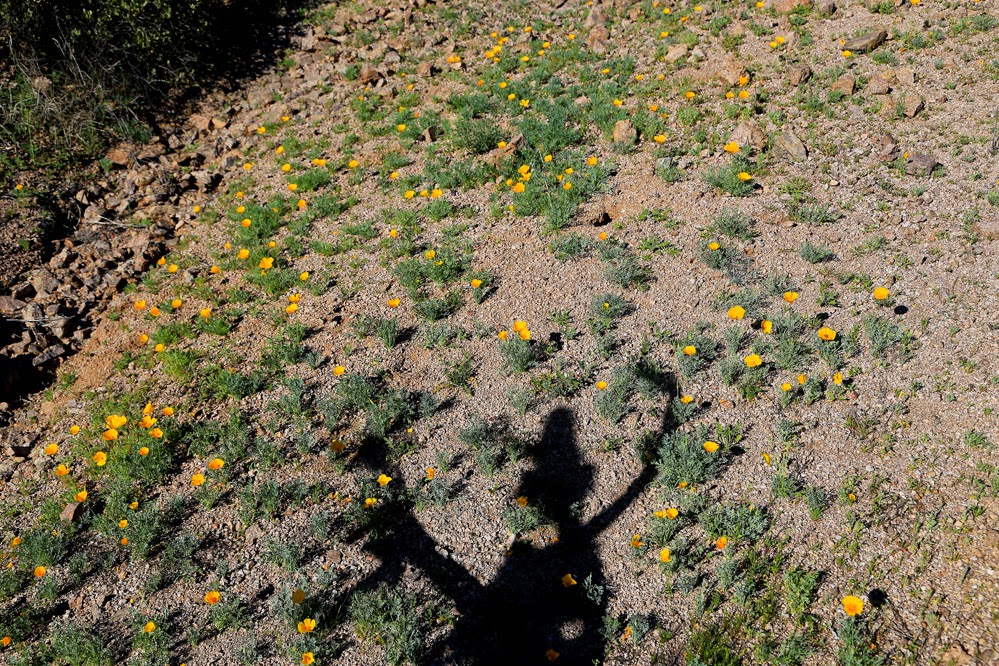 More poppies and no that isn't my shadow, it is a dead Cholla cactus 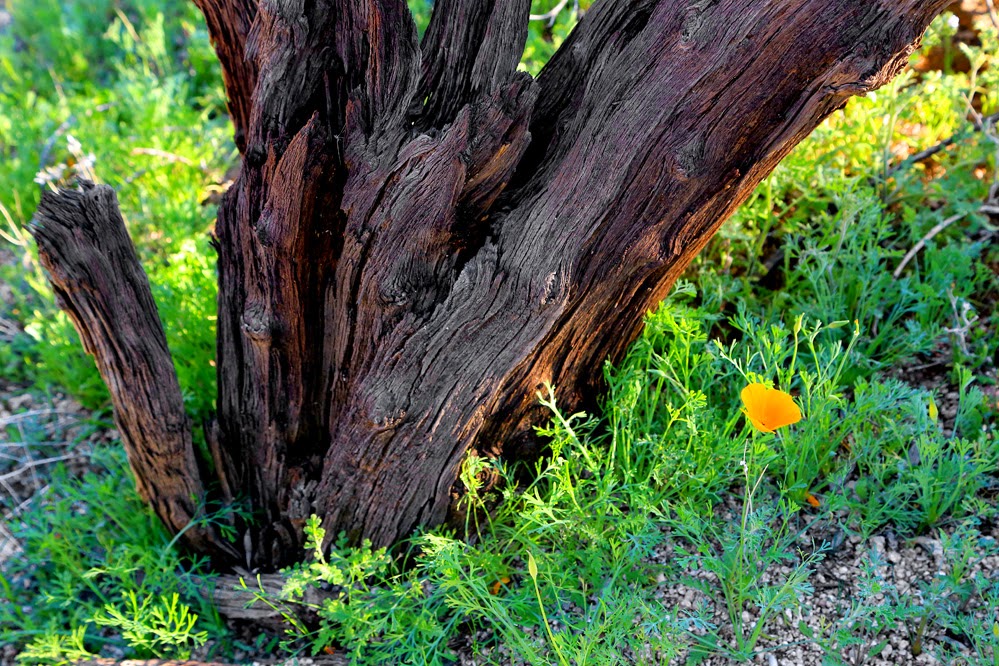 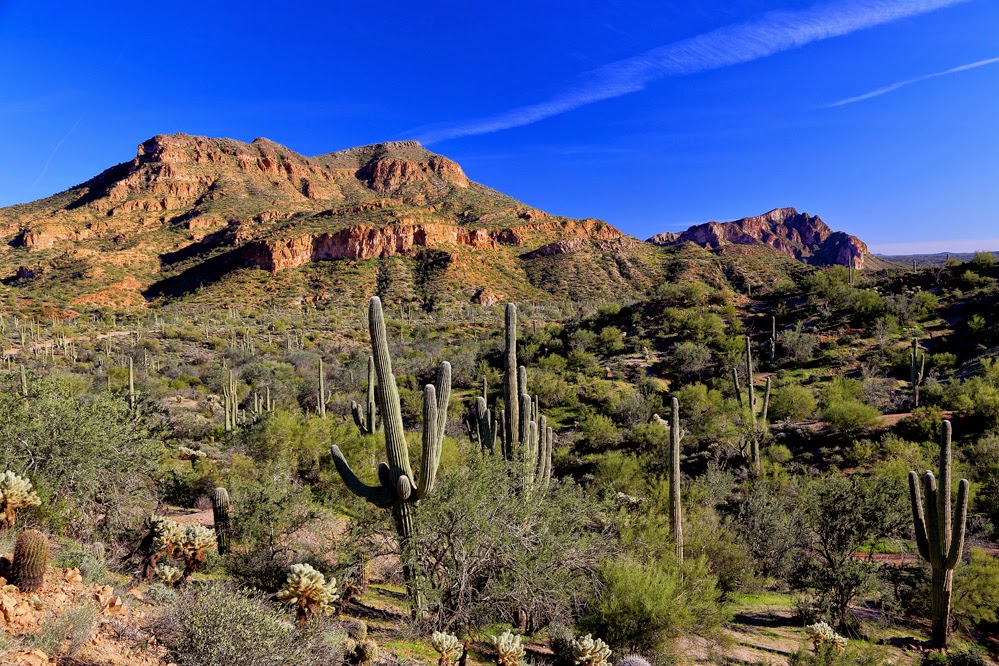 North Butte with South Butte in the background.  The Gila River flows between the two buttes 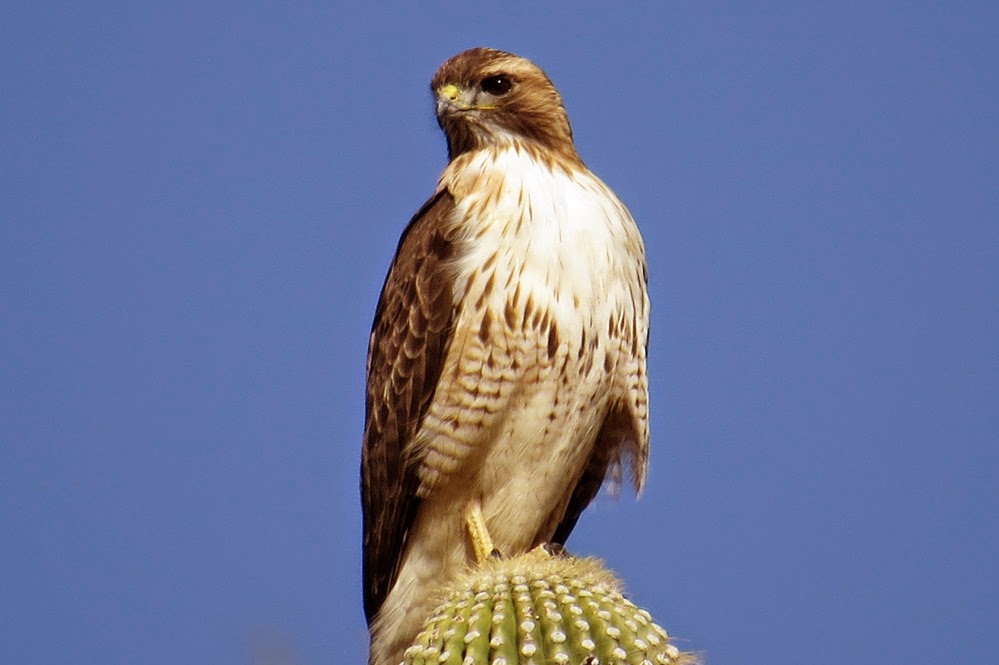 A co-operative Red Tail Hawk shot with my Canon SX50 at 1200 mm equivalent plus 2.5 digital zoom.  This little camera continues to amaze me!

The desert continues to green up after our heavy rains of late.  I think this could turn out to be a super wildflower bloom year.  I hope we are able to stay long enough to participate.  We are down to about six weeks until our last possible departure date.  If the weather turns warmer than normal, we will be heading further north earlier than the end of March.  In any event, we must be across the border by April 10 and we require at least seven days to travel our route back to cross into the Okanagan at Oroville, WA.
I've been enjoying many trips out in the desert, riding three and four days a week with different groups.  The most fun is a small group I lead consisting of Aileen, two neighbour couples with RZRs and another neighbour on a regular ATV whose wife doesn't ride because of recent back surgery.  We poke around at a slower speed and there is no problem with my stopping for photos.  Some of the other groups I lead are quite forgiving when I made quick stops for a photo that needs to be taken.  I come home from my rides and usually get busy right away editing my best shots of the day which I then send out to the whole ATV group which numbers in excess of 75 households.  Since buying my Canon SX50, I have also been taking quite a few video clips but sharing them isn't so easy.  I have been putting them into a separate folder and plan to share them with the group before we leave in the Spring.  Since I am approaching 10 GBs of file size for the videos already, they're going to have to bring me a flash drive with enough free space for me to download them.
Posted by John and Aileen on the road at 7:37 PM