ATVS, SCENERY AND WILDLIFE IN THE DESERT 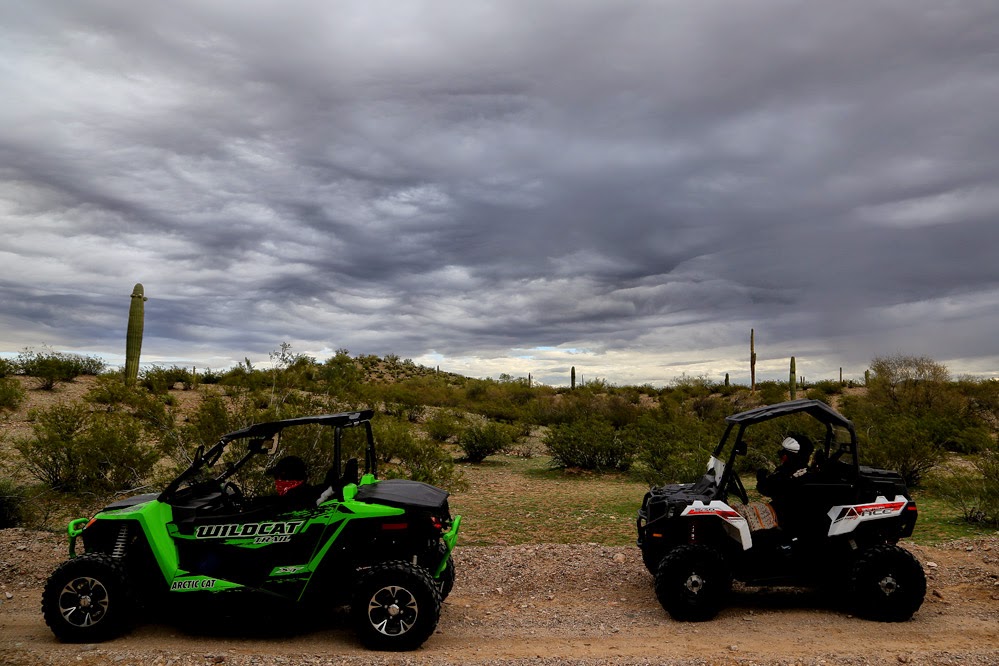 On our Tuesday ride, we hit heavy rain before we even got off the highway across from the park.  After stopping to put on rain gear, I carried on and within minutes ran out of the rain.  Aileen said it continued to rain hard at the park but seven miles down the road all we had was this sky.  There were storm cells all around us but we managed to zig and zag in between them with only one light spit of rain for about a minute. 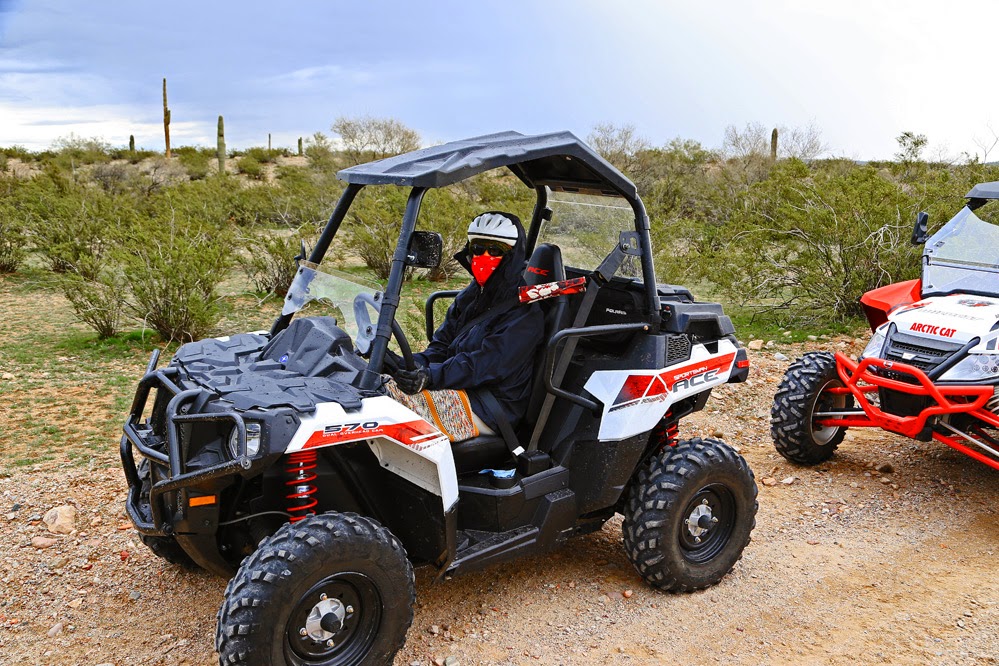 Micky is dressed for the worst 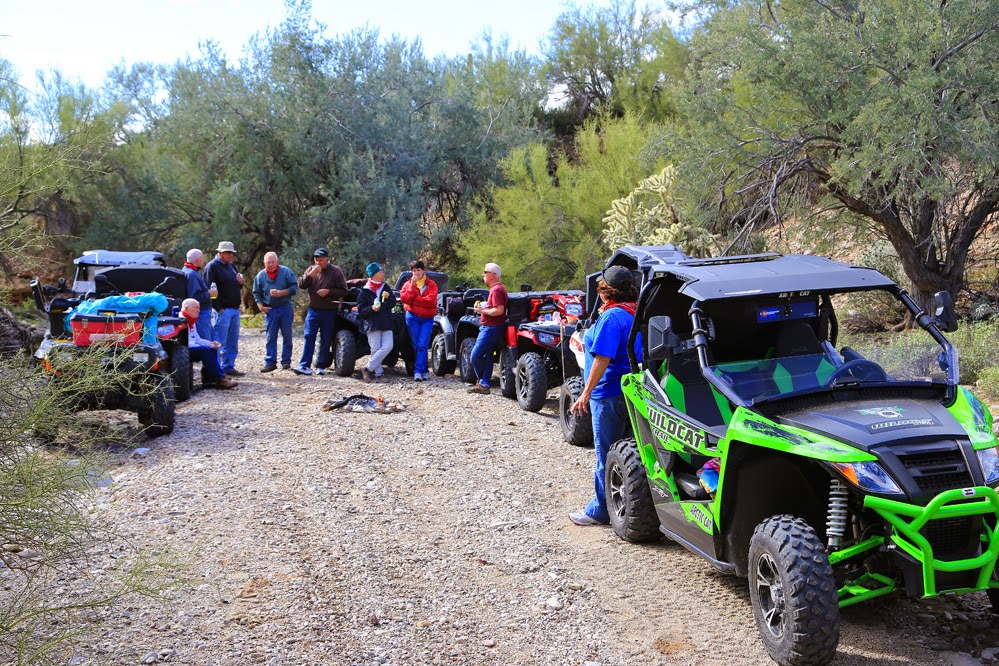 By lunchtime, it was back to tee shirt weather 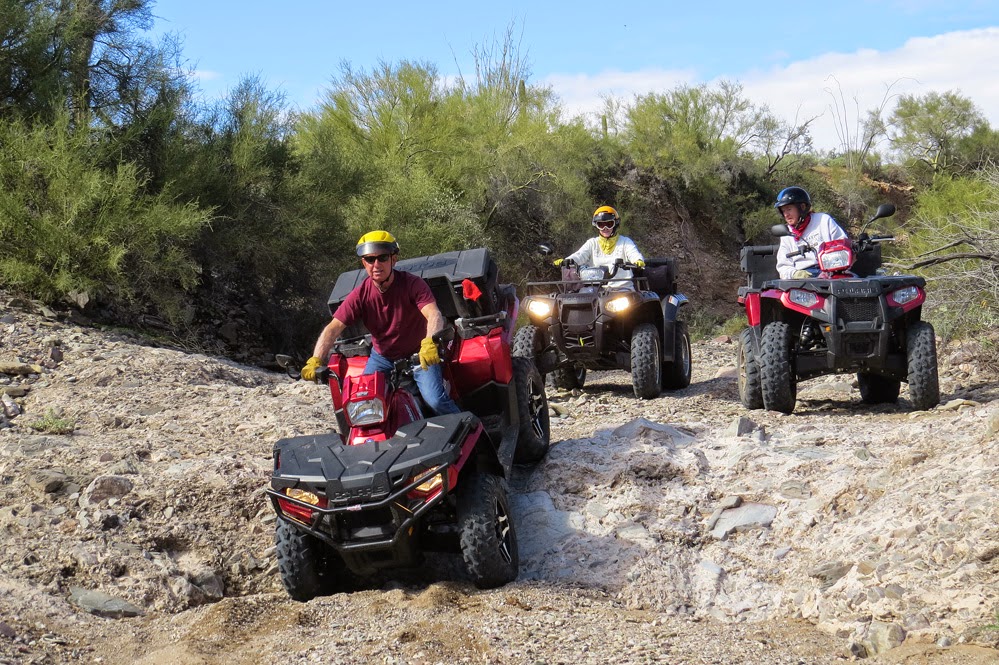 Playing in the wash below where we had lunch.  85 year old Blue on the right was just a spectator 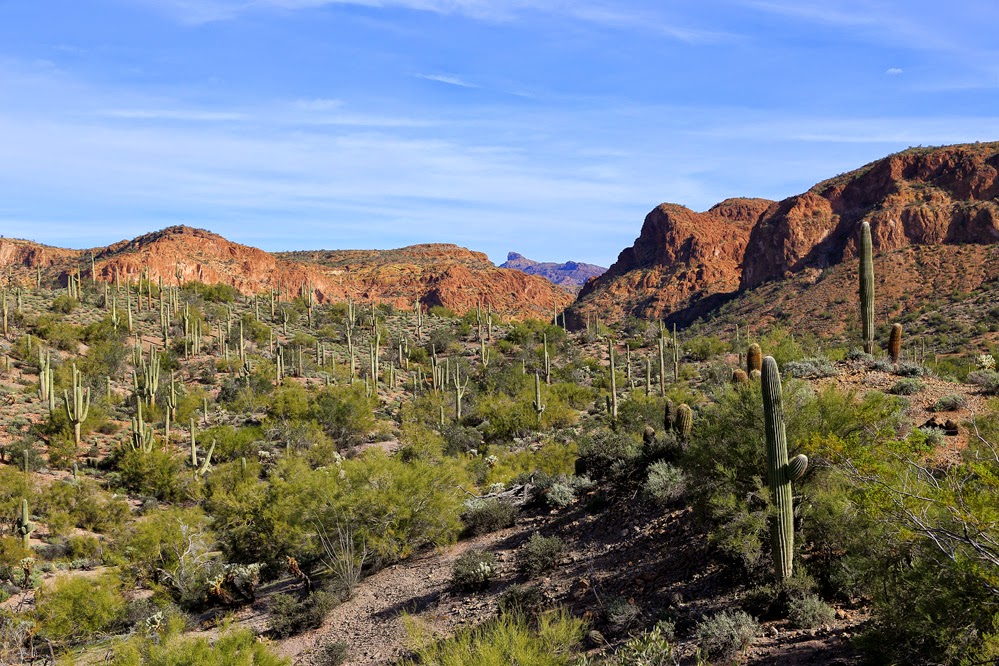 Wednesday morning when we took the neighbours out, we had a gorgeous morning and no dust.  This is looking up toward the bottom of Box Canyon. 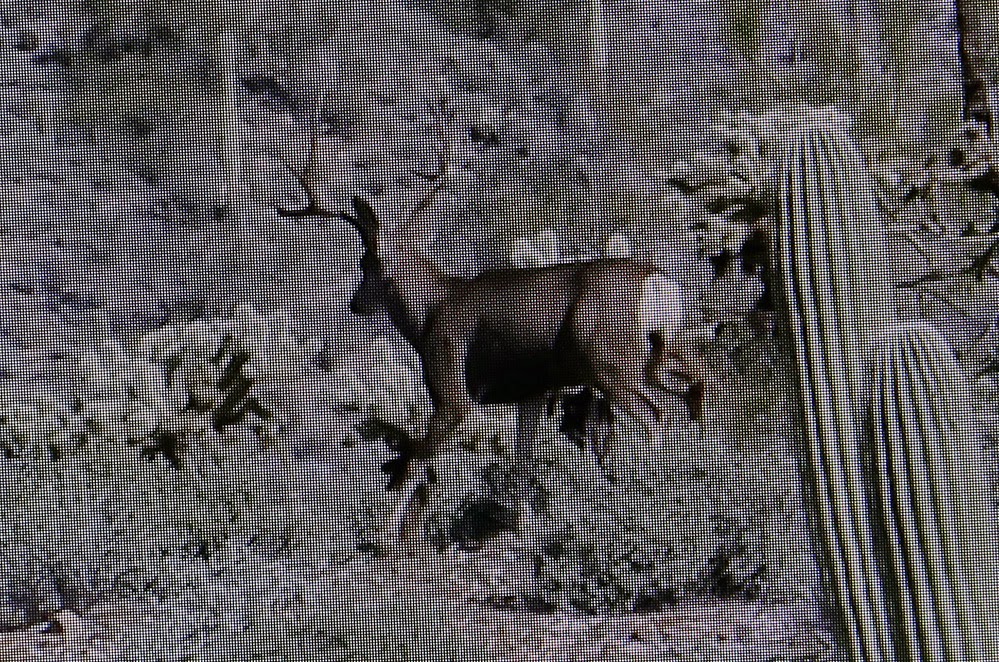 Just after taking the above photo, I spotted this big old buck running way in the distance.  I managed to pick him up for about five seconds on video at a high magnification.  I didn't get a chance to capture a photo so I played the video on my laptop and clicked away with my big camera.  This was the best I could achieve. 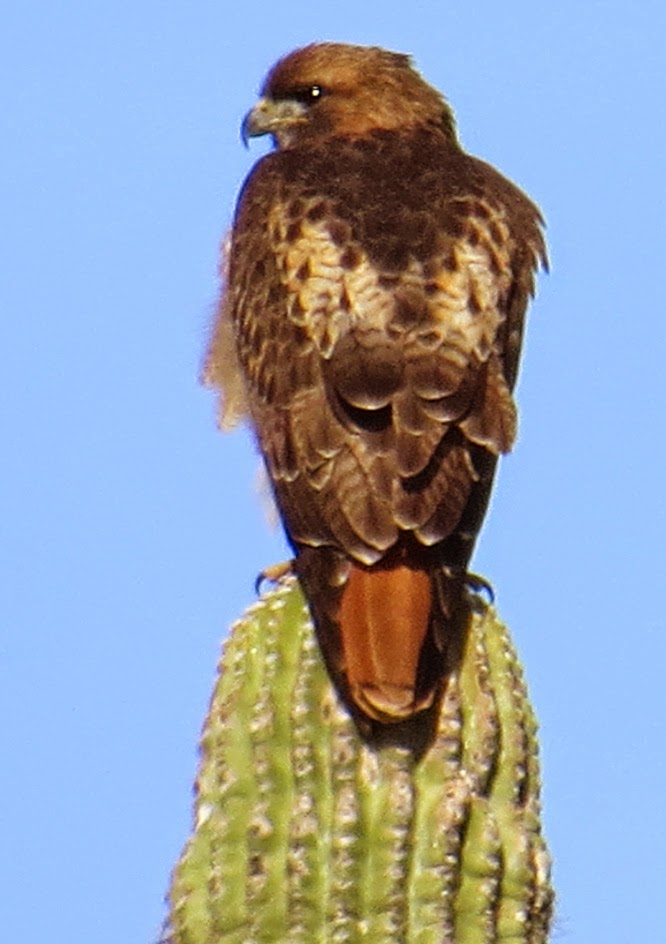 We had a good day for wildlife as we quietly poked along lesser used trails with our four machines.  This, of course, is a Red Tail Hawk.   A little earlier we had spotted three javelinas but they would not stay for a photo. 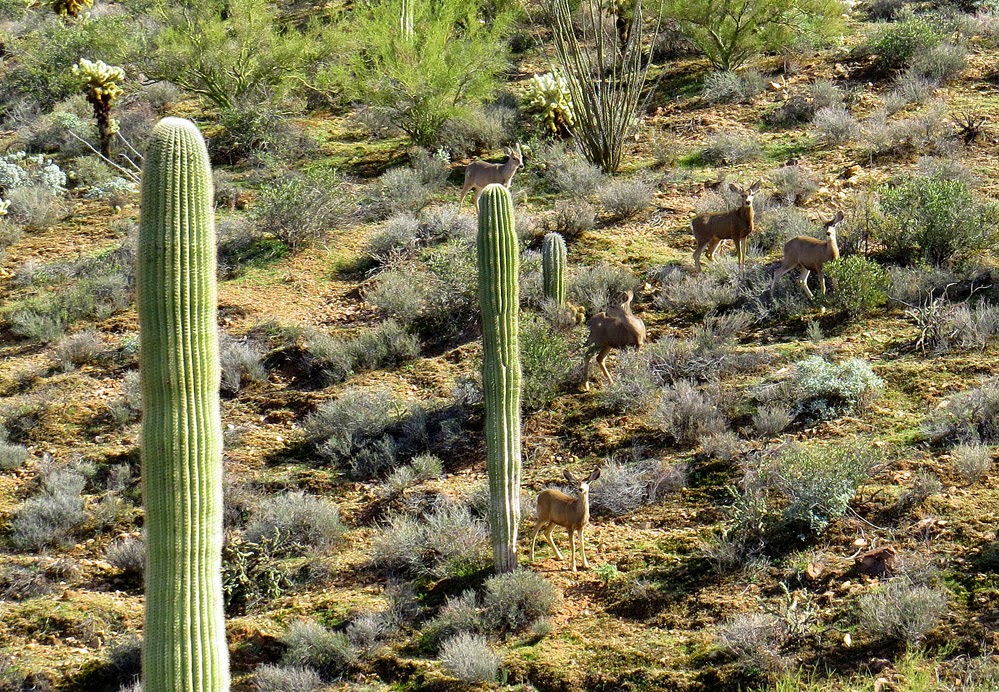 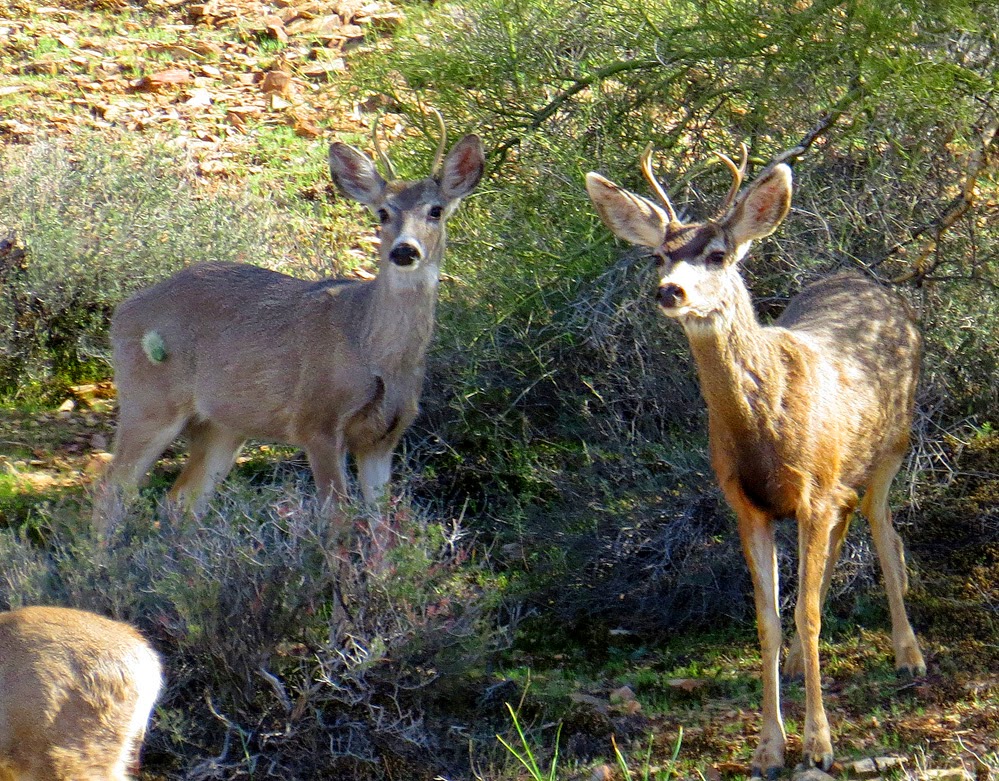 Two were bucks, a spike on the left and a two point on the right.  Note the Cholla cactus ball stuck to the spike's flank. 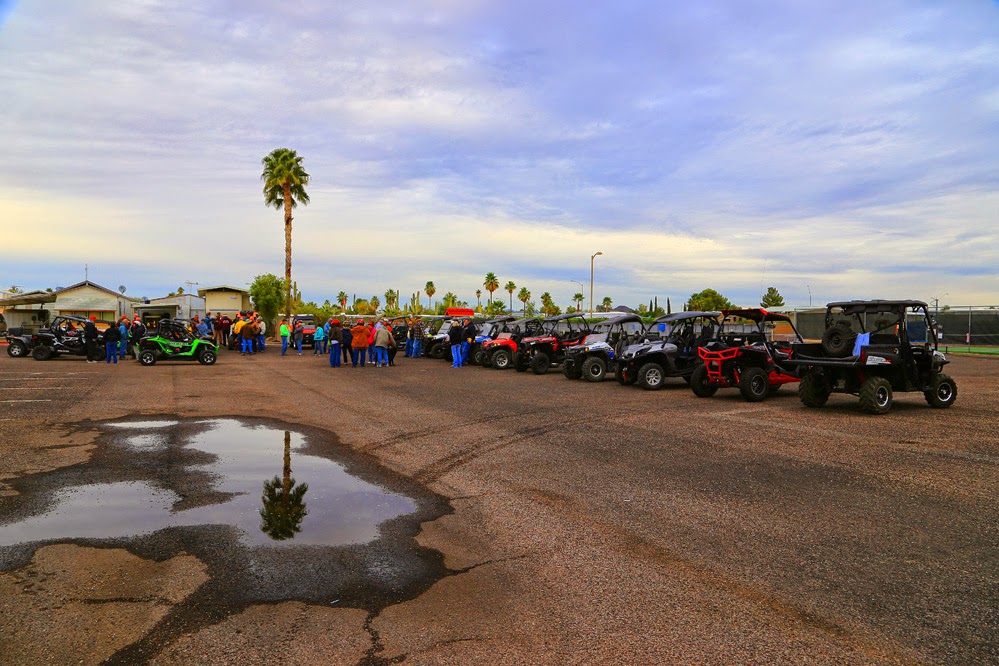 On Thursday, a large group gathered for the ride over the mountains to Superior.  There were 30 machines at the marshaling point by 9 am.  24 of them, at least, made the trip.  It was only 35 miles but it took over 3 1/2 hours because of the very rough road in spots.  We took a more round about route home covering 46 miles in 2 1/2 hours.  We did split into two groups to be more manageable. 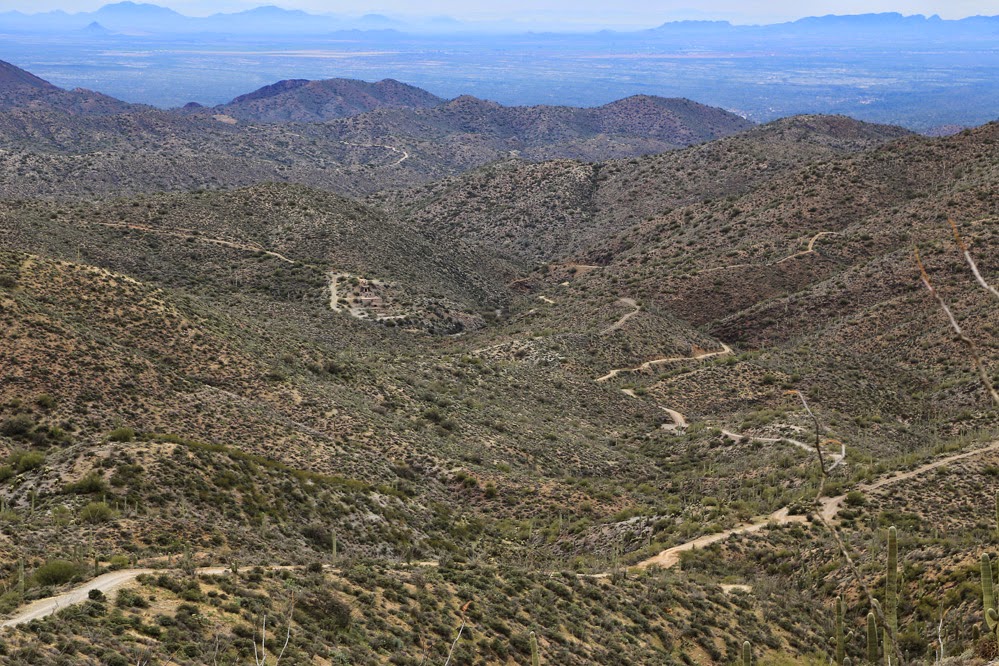 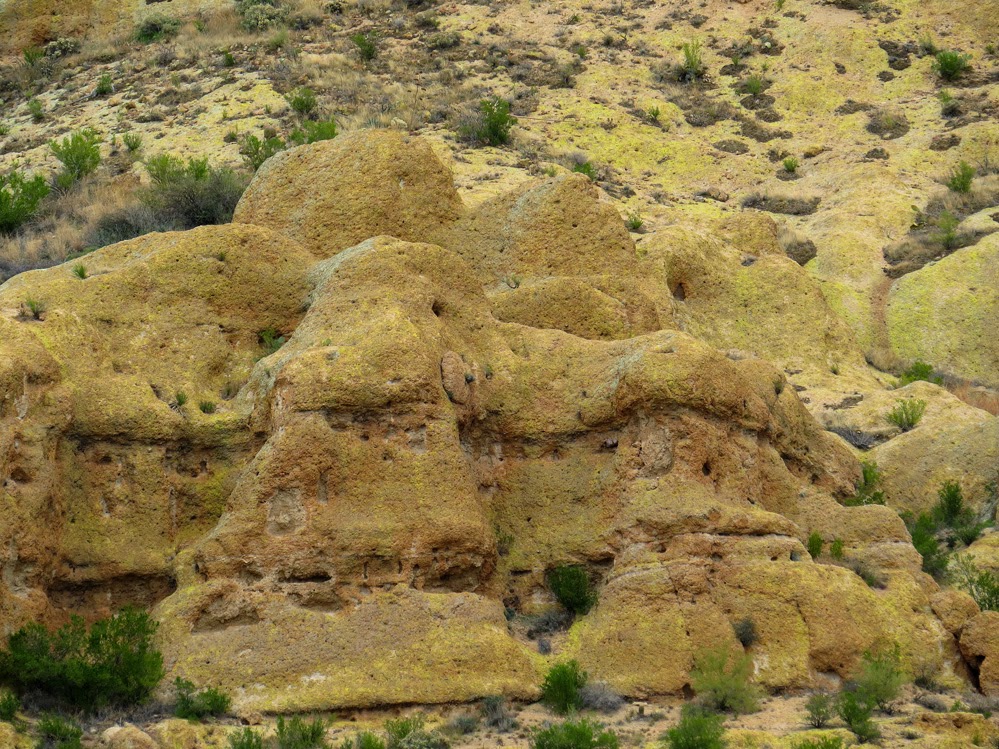 Neat rock formations along the route closer to Superior.  I can make them into several different animals, a snake being most dominant. 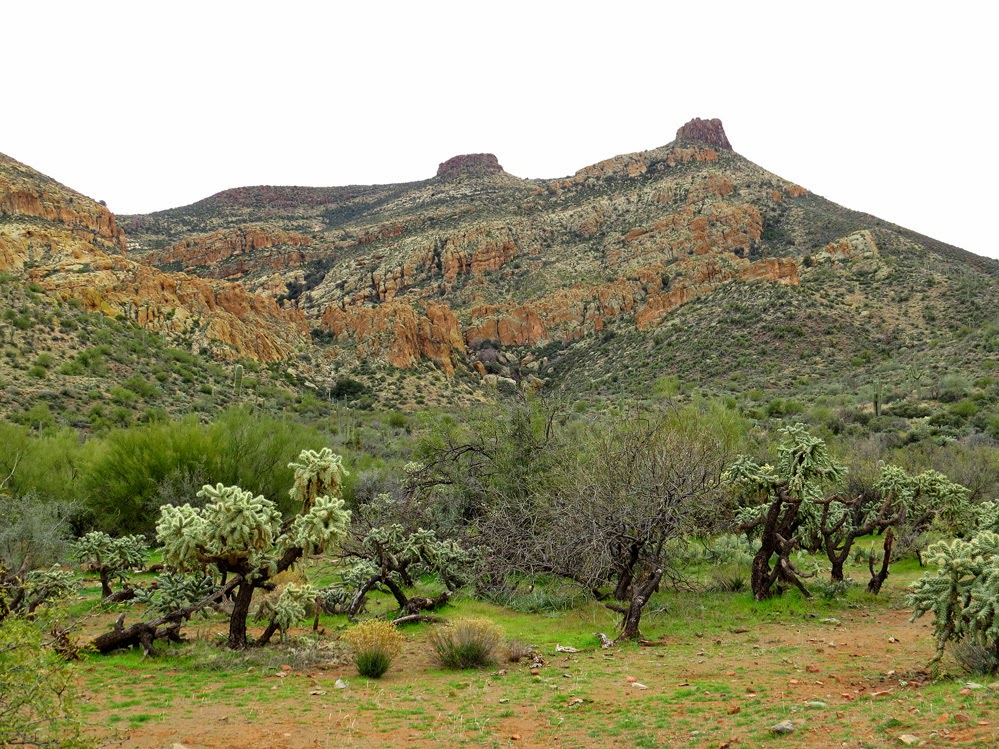 More scenery along the way 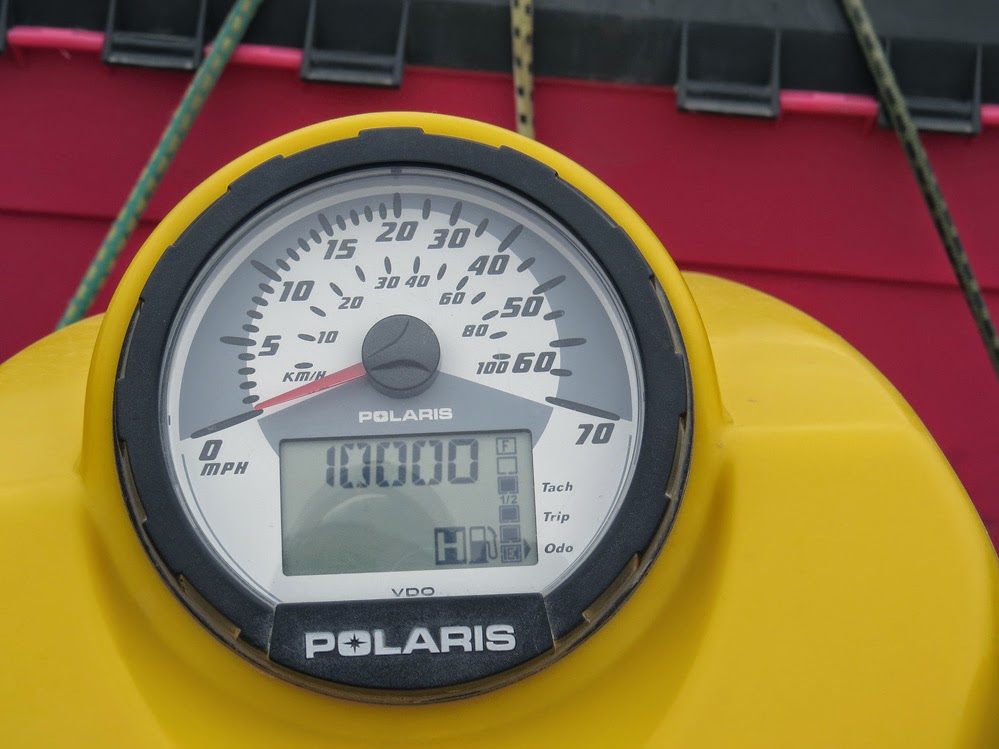 Part way home, my ATV turned over this big number.  There aren't too many machines in our group with this high a mileage. 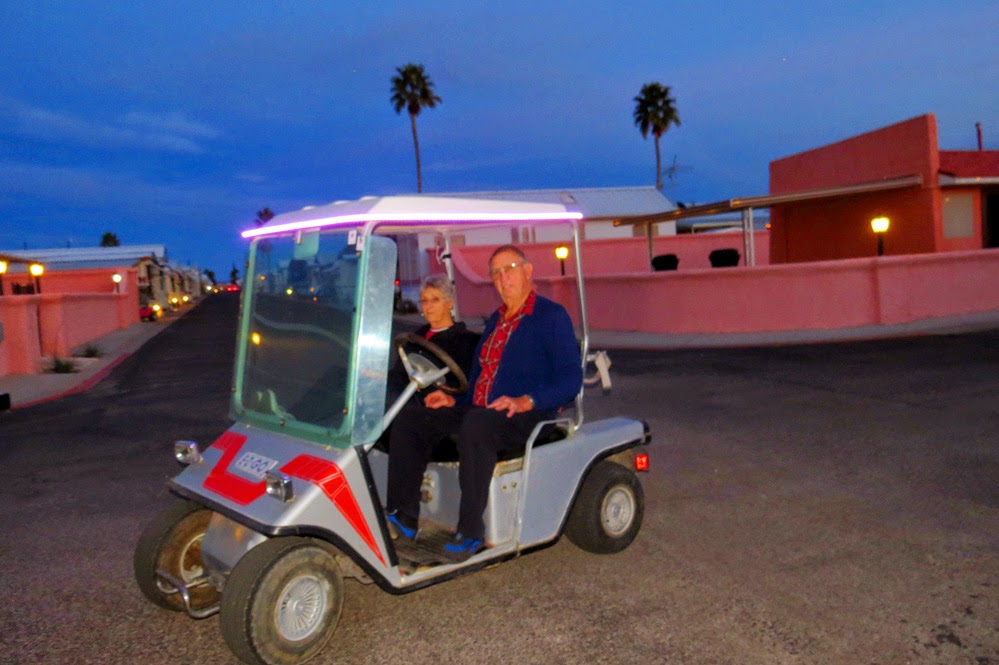 These are our friends Char and Ken from Billings, Montana who were cruising by in their golf cart just after I had tried for some sunset pictures.

Posted by John and Aileen on the road at 9:31 AM