LANDED BACK AT OUR ARIZONA HOMEBASE FOR A WHILE

When we woke up Tuesday morning, it was very calm.  We had a good drive the rest of the way down Hwy 395 until in the vicinity of Victorville.  Somewhere there, we missed our turn and after a bit, I pulled over as it wasn’t feeling right.  We finally had to program a Joshua Tree address into the GPS to get a route to follow.  Unfortunately, it took us through miles of stop lights so we were very glad to finally escape to the wide open spaces again.  We found a decent boondocking spot at the end of Broadway off Sunfair Rd just beyond a massive solar farm under construction.
We were up bright and early and on the road about 8:30 Wednesday.  There was miles of new pavement after leaving 29 Palms which was a treat.  We only went as far as Bouse, AZ Wednesday arriving there just after noon so we had a leisurely afternoon.
Yesterday morning, Thursday, saw us up even earlier and on the road by 8:20.  We put gas in at the junction of I-10 then followed I-10 right through Phoenix stopping once at a rest stop.  We made it to Coolidge by 12:10 so had lunch in the Walmart parking lot.  After the wind warning on Monday, we lucked out with very little wind all the rest of the trip.  After lunch, we unhooked the car and Aileen went to the Florence Post Office to get our mail delivery started.  I stopped and filled up with propane in Florence before heading to the park.
We got set up in short order once we had the ATV pushed out of the shed and out of the way.  We can’t get it out when the motor home is in its spot.  I spent the rest of the day vacuuming and hosing out the carport and opening up the park model.  It was very clean inside which was good as they’d had several dust storms again this summer.   The pool and hot tub were great to visit last night after our exertions.
It was nice to meet some of our friends again after our long absence and more came in after us.


We were off to Coolidge this morning for groceries and we’ll be busy going here and there for a few days getting things done.   I was pleased to have my ATV start up easily once I gave a bit of a boost to the battery.  Last year it was very difficult to get running. 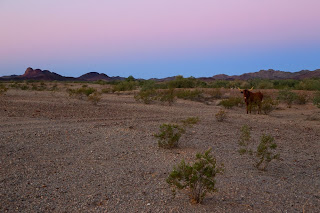 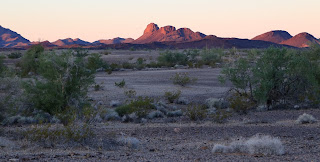 The sun is getting a little higher 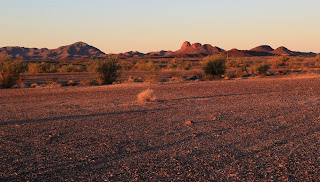 And now the sun has reached us 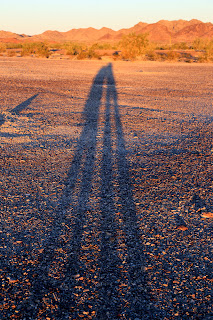 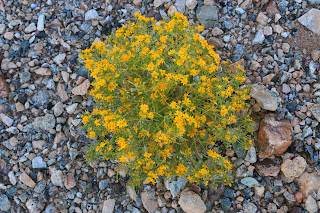 There were several displays of these pretty flowers