TIME FOR AN UPDATE ON OUR CALIENTE LIFE

We go for a walk every morning before breakfast.  Some days are better than others.  Yesterday we had to put on rain gear and I still came home wet as all my Gortex clothing leaked a bit.  We’ve had some record rainfall the past few days.  Up in Phoenix on Friday they nearly tripled the old record of .5 inches on that date.  For us it rained from Thursday night until Sunday morning with some breaks.  There were just a few showers this morning.  We were really needing the rain as the desert had gotten very dry and dusty.  We’re starting to get some sunny periods now but the temperatures will be lower for a while than they were.
When I came homeward on my ATV ride Thursday, about six or seven miles out I blew a drive belt.  Fortunately, there were still two riders behind me.  Although they were on a slightly different route, I was able to run up the bank and flag them down.  While I could still sort of drive, the flapping of the belt was pretty bad so friend Dave towed me home.  He also told me about the chap who does his repairs and I was able to get my machine in today.  That necessitated fast tracking my finding a trailer.  I’d been looking for the past couple weeks and finally made the move and bought one from Lowes on Friday.


We had supper and cards with our Colorado friends Ken and Marie last night.  Jacquie and Jim made it in to their park yesterday.  We will have both couples over for the American Thanksgiving which is this Thursday. 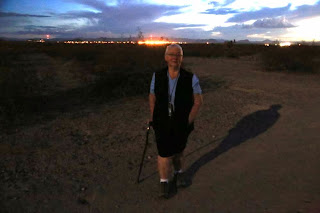 I wanted to see how my new Canon 6D performed in low light.  I'd read that it would focus in moonlight and by golly it does.  Aileen's shadow is from the setting moon at 6:16 am. The ISO was 12,800 and the blur is caused by the 1/4 second hand held exposure 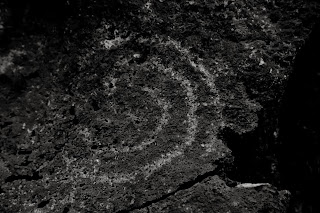 There is one ancient Indian rock drawing on Poston Butte.  There may be more but this is the only one I'm aware of. 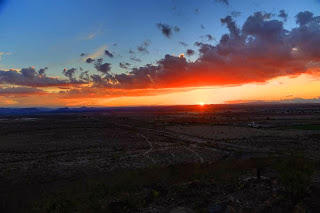 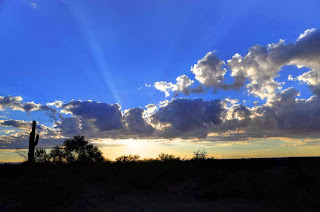 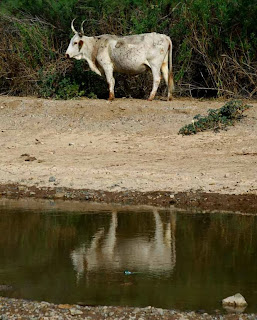 One of the locals reflected in the Gila River 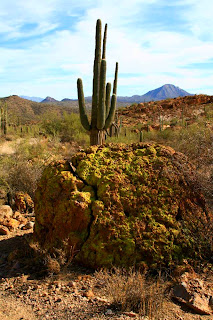 Some of the scenery we ride through 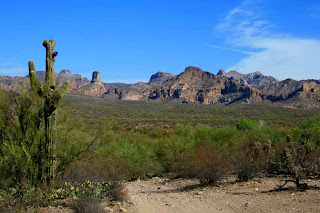 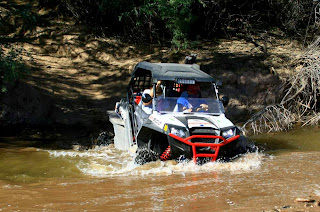 Dave and Sandi brought their brand new Wildcat out so we had to christen it in the Gila River.  Some days the river runs and other times it is dry.  There is a dam many miles upstream which is usually totally blocking the flow until they release water for irrigation purposes.  On this day, the water was not going into the irrigation canal but left to run down the river for a ways then disappear in the gravel.  The flow made it within about five miles of the highway.  Consequently, there isn't usually a fish population to worry about. 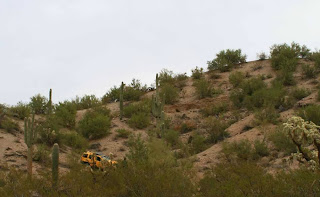 On our Thursday ride, we saw this Nissan Exterra that had tumbled all the way down from the top of the hill on the right.  I suspect it had been stolen and sent over as the finale.  However, it may have been parked up there and accidentally rolled away on them.  There didn't seem to have been anyone in it on the ride down but there were lots of foot prints in the tracks up top where it started from.  It had already been removed when we came past on our way home.


The point where the Exterra began its wild ride.  You can see it in the center if you click on the picture to enlarge it.

Posted by John and Aileen on the road at 1:53 PM