We got our new CPAP machines and so far we are very pleased with them.  I went with a different nose pillow system and it is far superior to the last one I suffered with for five years.  We’re getting temperatures in the 30s C so are having to put the air conditioning on part of the afternoons.  I haven’t been doing much geocaching but Jim and I went out close by the other night and Jim added six to his total while I picked up one new one.
I had to get up earlier than usual yesterday as I was going hiking with some of my old hiking friends from before we started full timing.  Aileen gave me a ride out to the highway to meet Joe for a ride to Martin’s.   After getting into Martin’s vehicle, we picked up Keith and headed for Eagle Pass Mtn.  It was a mostly sunny day and the black flies and horse flies were pretty bad except when the wind was quite strong up near the top.  I didn’t want to put on the bug dope I had, but I was displaying quite a bit of skin so I suffered a lot of bites.


Another group of three caught up to us before we reached the top which isn’t surprising since two of our group were mid 70s plus and this was my first hike like this in a long while.  When I was told later that one was John D from a local consulting company, when we next met them up top, I mentioned Mike F was my nephew so that got us talking.   Mike worked for John and now is partner in a company spun off from the original.  Then John’s wife noticed my Interfor hat and asked if I’d worked there.  Turns out her brother is Jack B who I knew and worked with for years.   I’d worked with her Dad before he was killed in an accident too.  Then she asked my last name and when I mentioned it she knew instantly who I was remembering my photo displays and fall fair entries.  Another small world moment. 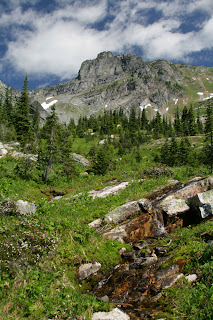 We are headed for the top of that peak 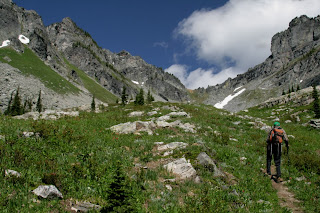 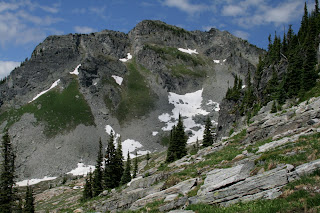 Eagle Pass, West Peak; we are going to the East Peak which is higher 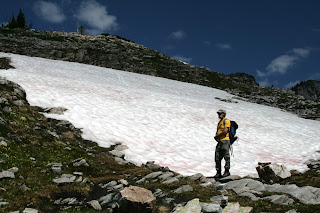 Keith with some of the snow still hanging around 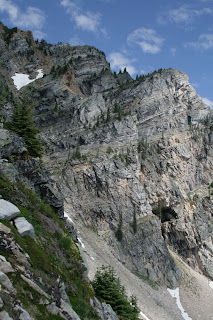 There is some very steep country here.  Two hikers and two snowmobilers died in this area in 2011 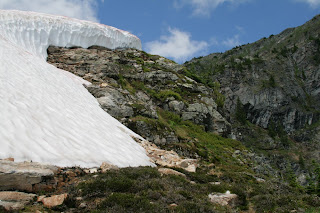 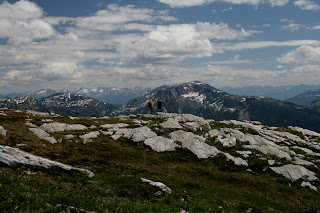 Looking to the east 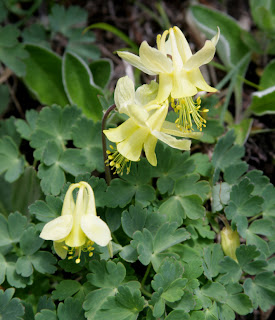 An alpine Columbine which is only a few inches tall 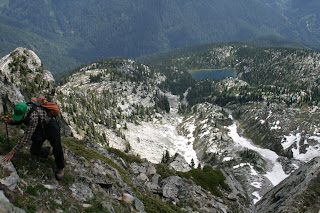 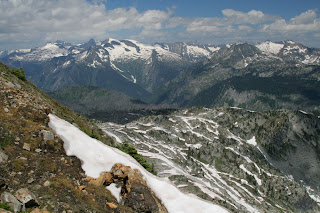 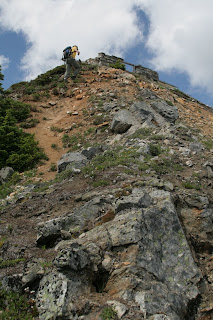 The last push to the top 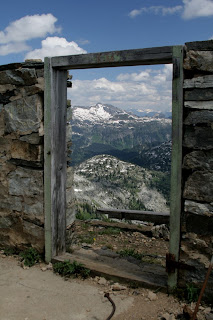 The base of the old lookout tower.  This is the opening visible in the previous picture 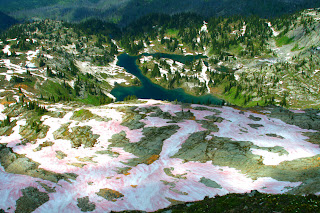 One of many beautiful lakes visible from the summit 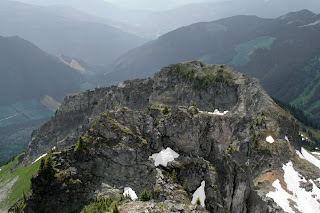 Looking down the valley we came up.  That straight line way in the distance is the Trans Canada Highway.  It was very smokey from fires somewhere. 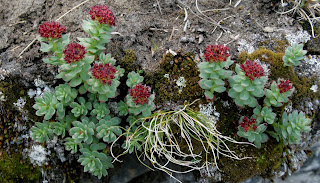 Posted by John and Aileen on the road at 5:31 PM