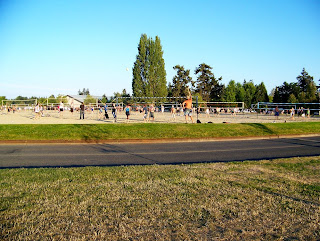 Beach volleyball is very popular in Parksville - 18 nets in action 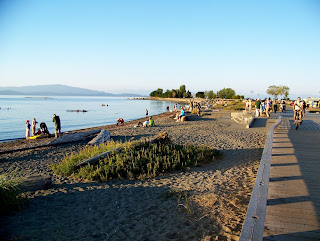 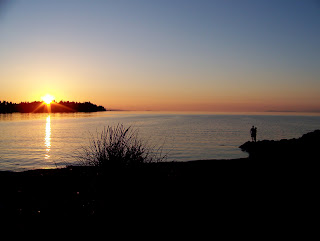 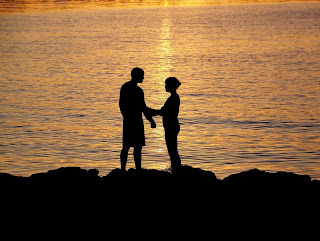 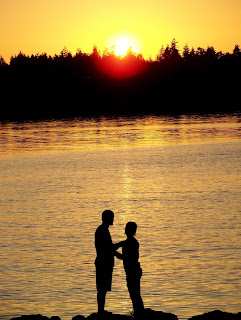 No idea who they are, just innocent victims of my camera

Yesterday I took the truck to the GM dealer for its major service and they gave me a ride home. I spent the rest of the morning and a bit after lunch editing photos then posting them to the blog. It is very time consuming but I feel a really necessary part of the blog. These days it is my only real outlet for my pictures.

After lunch I printed Aileen’s letter to her pen pal in , Deanna. Then the GM shop called to say the truck was ready and they would send the van right out so I went out by the road and waited. And waited, and waited. Finally after over an hour, I called and oh, yes, he’s coming. Well, in another half hour or more, he finally did. When I returned, I called BC Hydro and Teresen Gas to advise them of the upcoming change and both had already been switched to our buyer’s as of yesterday. It sounded like they were pretty eager to get moved in.

Today was the day we’ve been patiently waiting for. Our house in Salmon Arm is officially someone else’s. We received confirmation just after lunch that the funds had been deposited to the bank for us. We are homeless! And as Aileen says happily, “strata less”!

Posted by John and Aileen on the road at 9:41 PM