I've been out caching a couple times with Jim the past few days.   Aileen and I took the RZR and found a great trail through the hills behind us over to the Salome side then we lucked out and found another at the highway end that took us back through without having to go on the highway.  The scenery was excellent as was the weather, other than remaining cool.  Our weather is to deteriorate even more over the next several days with highs barely making 50F.  Just one day with possible showers though and quite a bit of sunshine, just cool.
We've really enjoyed our two weeks here at Vicksburg but we will have to move along and seek out a dump station.  Since we have to move to do that, we'll just carry on and get closer to Quartzsite.  I have to get out and put together three days of riding for some of our friends from Florence who are coming over with their ATVs.  I have a rough idea of where to take them but I need to confirm the routes are acceptable and I'd like to combine some trails to make a good day's outing.
We are planning to head back to our Florence lot on January 12th or 13 as we have some people moving into the park model.  They will be there until the end of February, or that is the plan anyway. 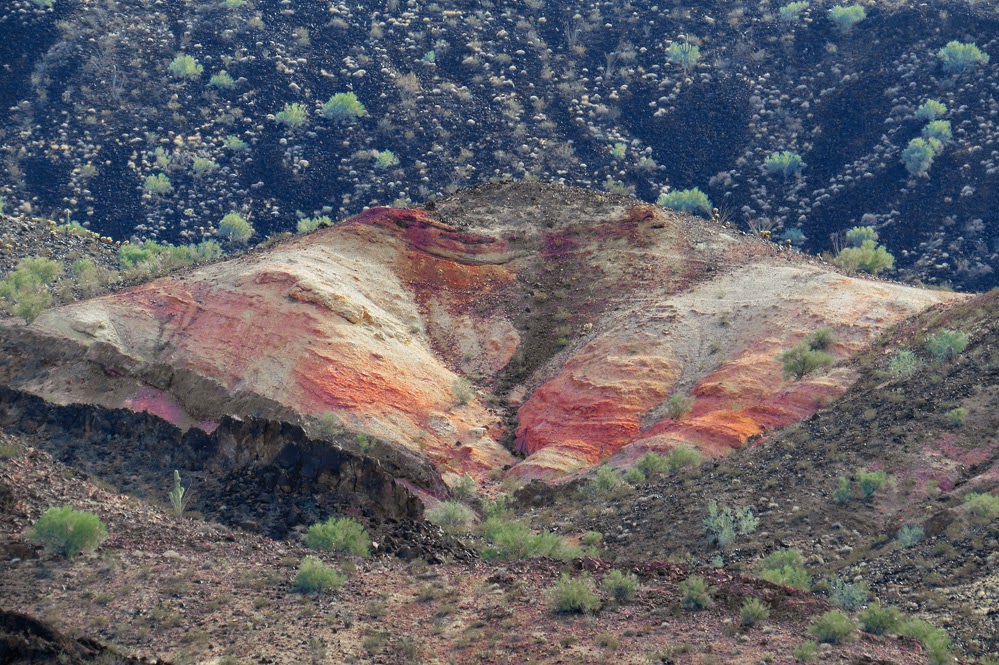 I was intrigued by this formation up on the hills near Brenda, AZ 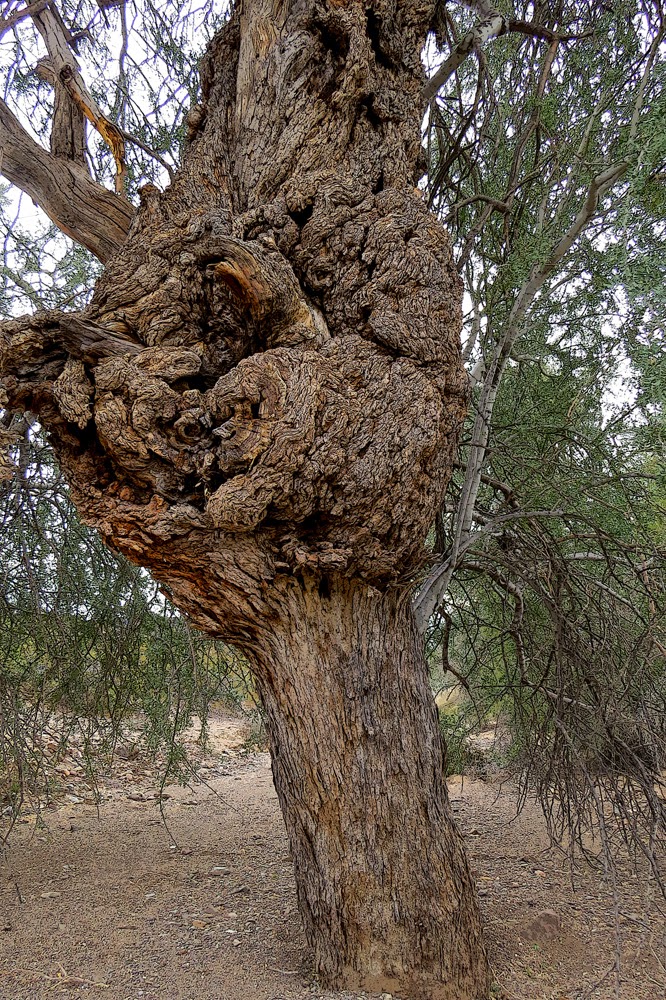 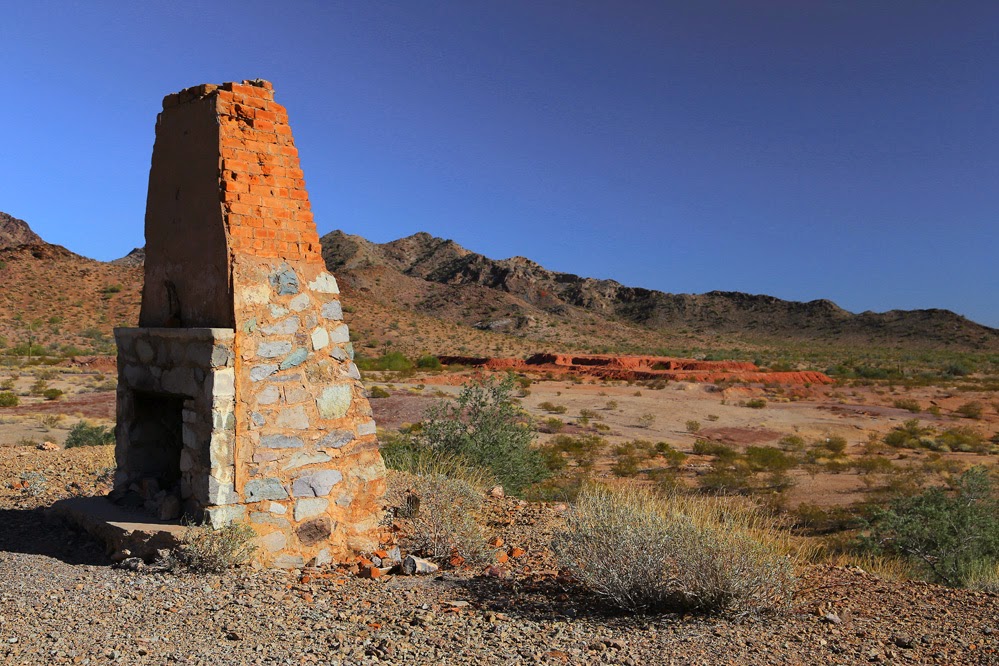 Jim and I were geocaching here and after I googled Harquahala Mine, I found out all sorts of interesting information about it and other mines in the area 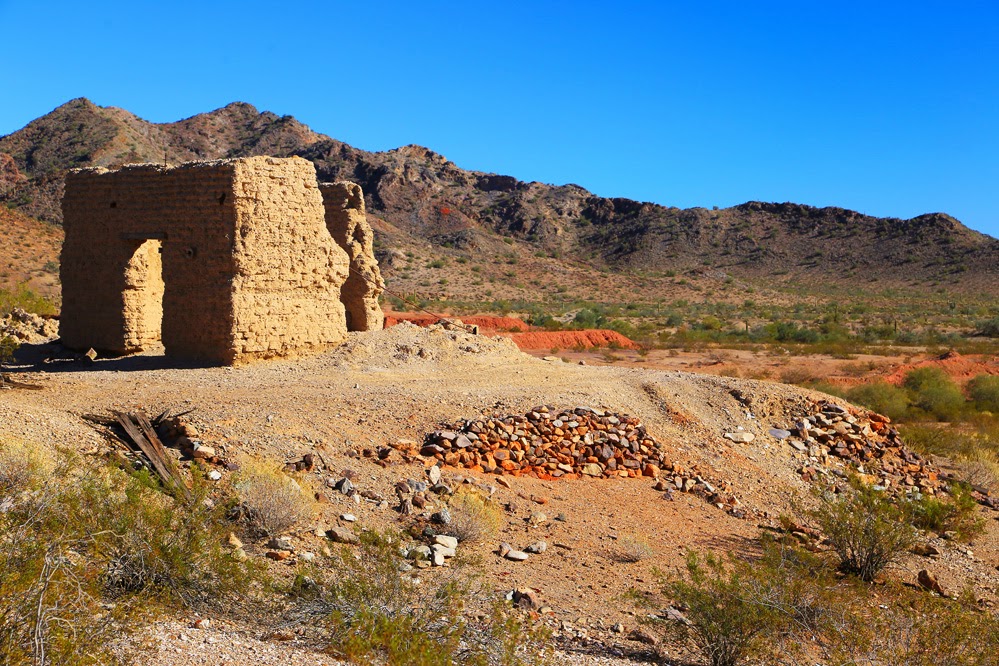 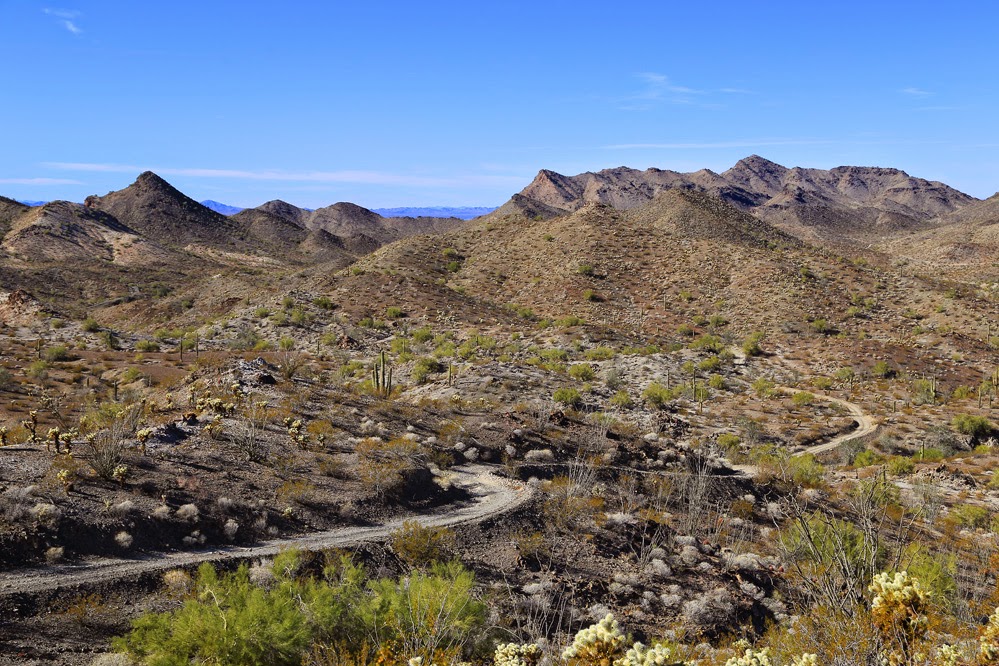 Along the route Aileen and I took through the hills yesterday 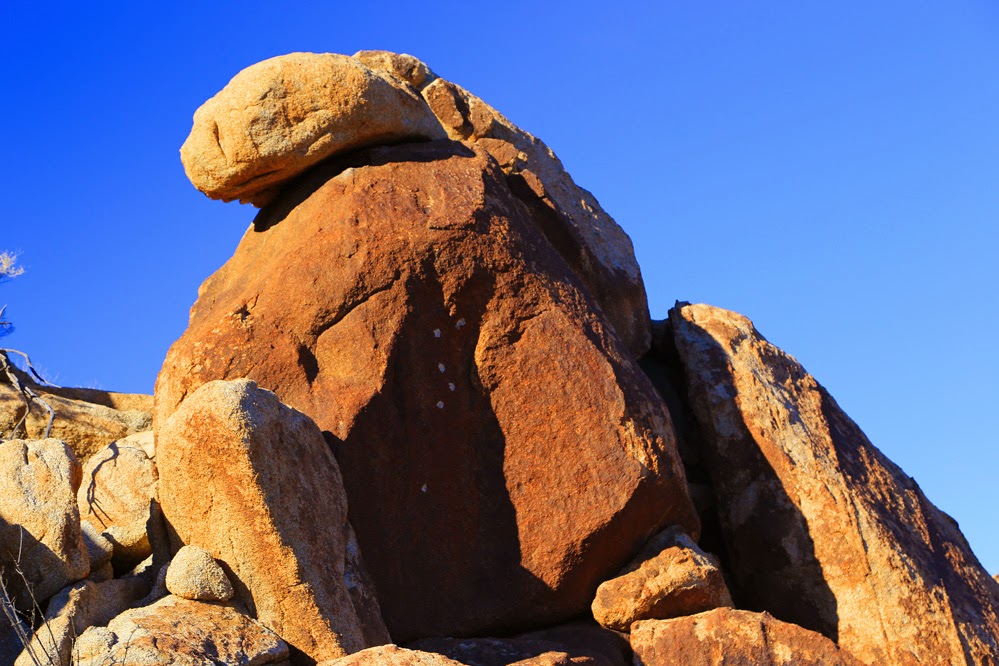 There were large areas of these incredible rock formations 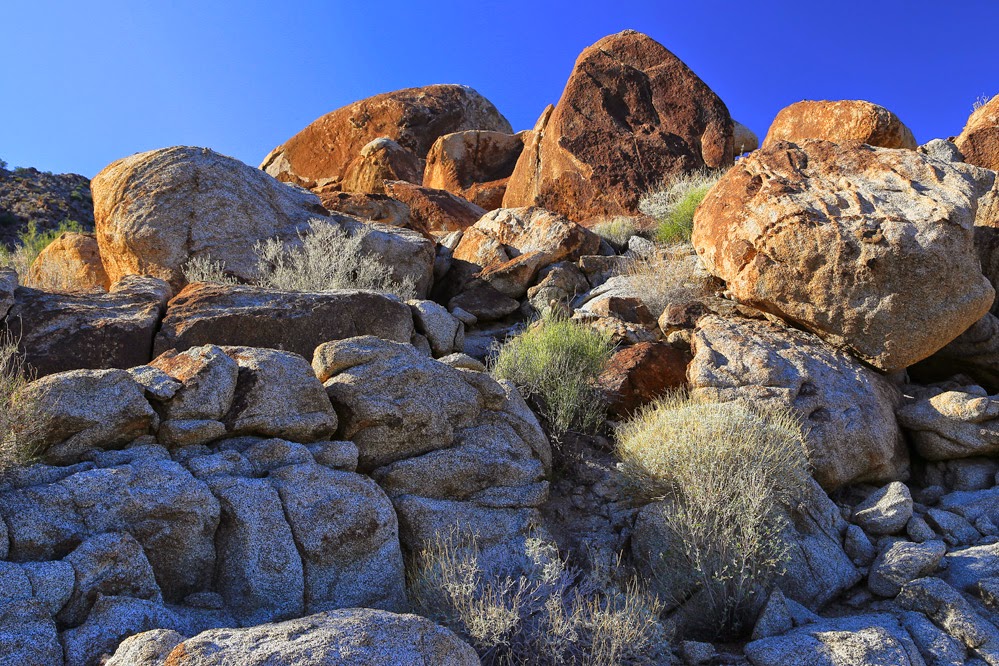 Can you see the face on the rock center right?  Did you click on the photo to enlarge it? 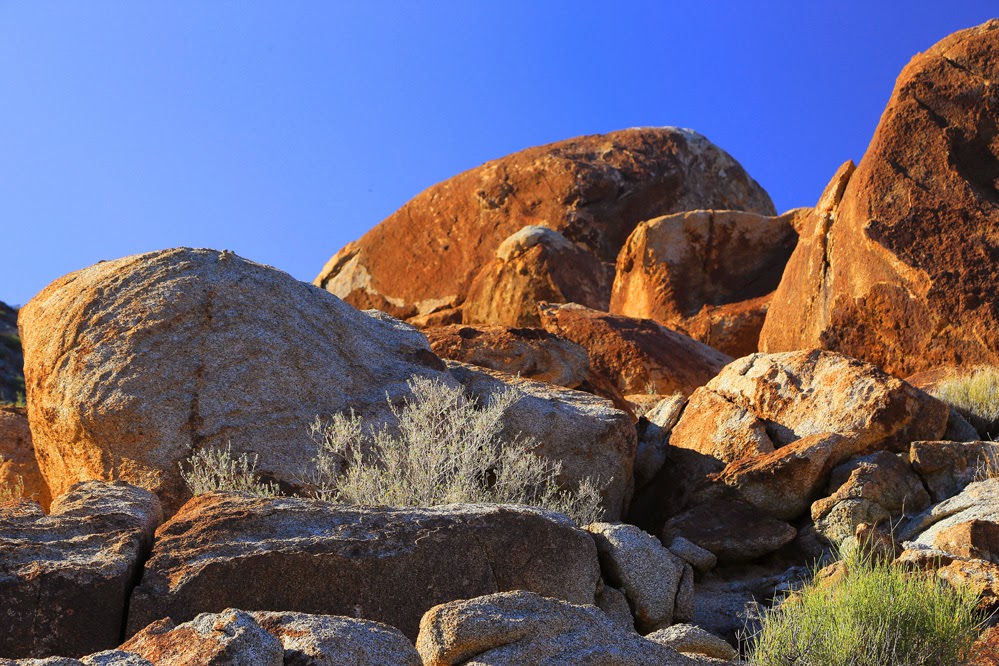 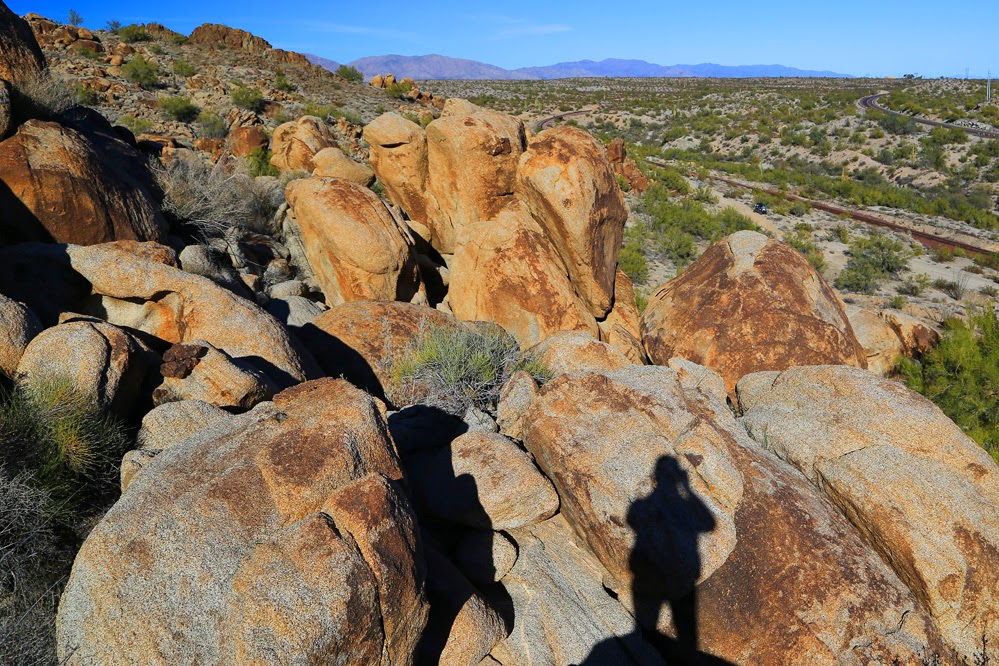 If you look closely above and to the right of me, you can see Aileen and the RZR way down there on the road beside the railway tracks

Posted by John and Aileen on the road at 6:07 PM