CROSSING THE BORDER TOMORROW TO BEGIN OUR TRIP TO ARIZONA

We've enjoyed our time in Penticton visiting with several sets of friends.  I got together with photo friend John T twice.  I took Aileen along the second time so she could have a nice visit with Alethea. John and I took our cameras for a ride and were lucky to spot the steam train when we were heading home.  We've had several visits with Bev M and her mom Pearl and our hosts Karen and George.  Last night we had a great turkey supper with all the trimmings.  There were nine of us and we had an enjoyable evening.  This morning, Aileen's cousin Bev S came to visit and they poured over family history stuff.  Aileen went to the movie theater with the girls this afternoon.  She said that was fun.
We plan to cross the border tomorrow morning.  I checked the forecasts along one of the routes under consideration and there was no precipitation showing for ten days.  I hope that holds for us.  We will have to play it by ear as to what national parks may be open as we move along.  We're trying to not arrive in Caliente until November 1st as that seems to be about when it starts to cool down for fall, or at least to Aileen's temperature.
I think I have our US aircard re-activated at Verizon.  I charged up both our US cell phones and changed the message on our BC cell phone to direct callers to our US contact numbers. 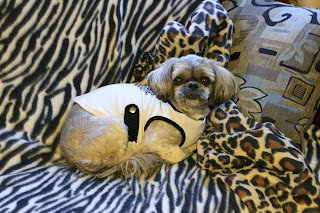 Here's Mitzy in her new jammies Auntie Bev gave her 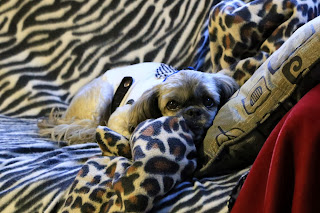 Georgia, Mitzy asks if you can see her 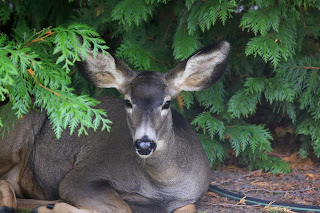 This is a semi permanent resident in Karen and George's yard where we are parked in Penticton.  They've named her Sweet Pea 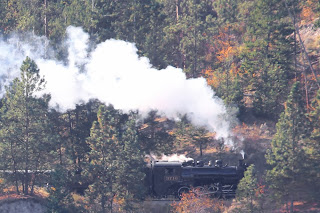 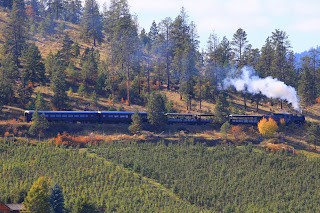 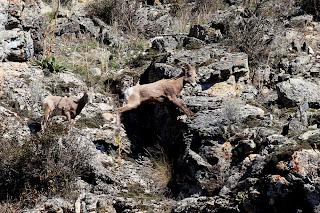 I went for a drive south of Penticton this afternoon and spotted a herd of  Bighorn Sheep way up on the cliffs.  I cropped heavily on these two to show them jumping.  The young one was reluctant to take his turn but after watching the older one, did it with flying colours. 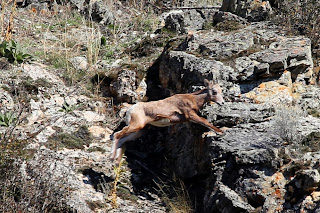 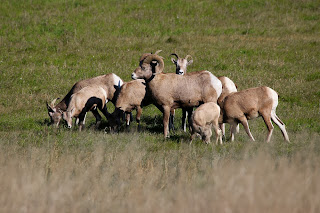 Thinking that was the end, I drove off and within half a mile I found this group grazing in a field 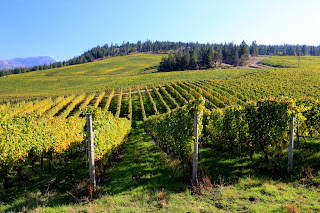 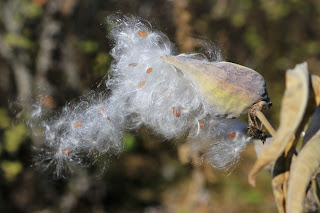 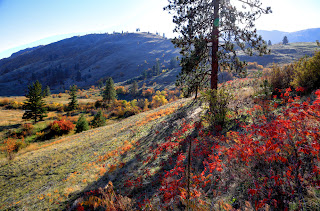 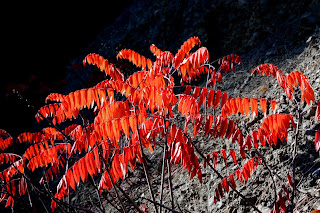 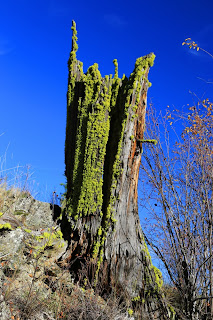 I enjoyed this lichen covered stump

Posted by John and Aileen on the road at 8:06 PM