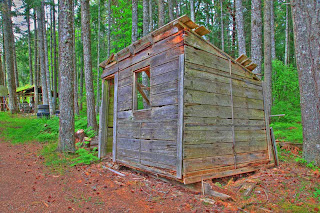 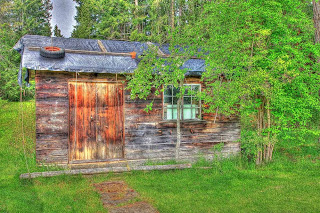 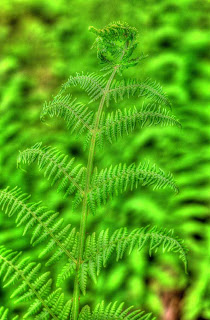 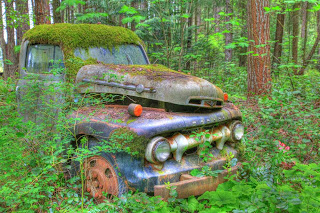 I took Mom to art Wednesday and it was amazing to see how they were both doing. Dad was very alert, his eyes were clearer and he was able to do some verbalizing (semi coherently). When Mom and I returned later, he was at supper doing an excellent job of feeding himself.

Mom was really cheerful. More so than I've seen for several years. She also seemed more alert and with it. She was sitting on the bed playing with some brooches so I helped her pin some on. She was so pleased with them and told me how she'd never had anything so beautiful in her life. They were her topic of conversation with everyone we met. She did have quite a tremor with both hands when I first went in but it seemed fine when we returned at suppertime.

I talked with the nurse later and inquired about both Mom and Dad. She confirmed what I had suspected and Dad didn't have a stroke, but a seizure. He is now getting antibiotics for his bladder infection which was likely the cause of the seizure. When I asked if they had changed Mom's medication, she told me no, but they were now hiding it in her food so she is getting it consistently. Well gee, that was the reason we put them in care so long ago; why did it take so long to finally get to doing that? Oh well, it was great to see them looking so good today. I just hope it will last awhile.

Aileen and I worked on cleaning up some old fencing yesterday then helped build some new fence later. I did get some reading in the sun time while Aileen was napping then Chas came along wondering if I wanted to help.

Mitzy decided to take a break from being a “lady” dog and rolled in a nice juicy fresh cow pie yesterday. Aileen was not impressed. I went to a bluegrass concert last night and there was some great music played and sung. I sat with my sister Wendy (and Randy). She only has 7 more days until she retires and is looking forward to it. I plan to go to another bluegrass event tonight. It will be the last of the season.

The four images included with this post were all taken at Joan’s where art was on Wednesday. I have combined 3 – 5 images in each using PhotoMatix Light. I used a tripod so all the images are in register and varied the exposures. Each image had exposures of as the meter suggested, one stop over and one stop under. Some of them had two and three stops under as well, to cover the highlights. I had thought it would be most effective in bright sun but the one picture of the old truck was in full shade and I think it benefited the most. I’m sure I will learn how to adjust the levels more effectively as I learn the program but was pleased with my initial results.

I went to a workshop presentation on “happiness” on Thursday night with Aileen, Sheila and Sheila’s mother Ethel. It was rather interesting. Today Aileen and Sheila are at another workshop. This one runs 10-4.

Posted by John and Aileen on the road at 8:10 AM