Since the weather has moderated and gotten almost pleasant, we decided that yesterday was too nice to stay home.  We got an early start and took our lunch and supper with us.  Wanting to do some geocaching as well as hoping to see some larch trees with their fall coats, we headed over near Greenwood, BC and McCarren Creek Forestry Road.  The larches didn’t disappoint and we picked up twenty geocaches while we were at it.  We ran into quite a bit of muddy and sometimes icy/snowy road but after we stopped for lunch Aileen was able to walk on mostly good road.  She walked until running into snow and had to turn back.  I wasn’t able to keep up to her geocaching as several were quite elusive.  A little before three in the afternoon I called it quits on the caching and said it was time to look for some good photo opportunities, which we did find.

Things are progressing a little more on the house front.  We went and sat down with them to go over the electrical schematic the other day.  After much searching and back and forth with the store, we have purchased our appliances.  I ran into so much difficulty with items being discontinued or unavailable.  We found it was impossible to get the appliances we wanted in white so have had to switch to stainless steel which was certainly not our first choice.  They will gather them up as they become available and hold them in a warehouse in Calgary until we are ready for them.  Some of the appliances are on two month backorder.  I guess it is a combination of the Covid and so much building and renovating happening.  Our builder needed to know what appliances we were buying so they could ensure everything would fit after construction.

Karen’s on again off again handyman is back so less for us to do over at her place.  Aileen and I did go over this morning and trim the cedar hedge along the front sidewalk.  Left as it was the snow would cause the branches to droop down on passersby.  Aileen recently planted a winter garden at Karen’s also.

We winterized the motorhome for the first time since we bought it ten years ago and hope we have done it correctly.  I had thought of taking it to a local dealer but all the ones I contacted just laughed at me.  They were booked up for weeks already so some of those units may be getting some frost before getting winterized.

I went to Kelowna with Karen the other day and we went to an antique store to pick up several items she had purchased.  There was another couple in there talking to the owner at length and who I didn’t pay much attention to other than noting the guy was a bit older and the lady somewhat younger.  Later, the lady came over and asked if I was a John.  After looking at her for a bit, I asked if she was Laurie.  By gum, she was!  John and Laurie who I used to hike with years ago in Salmon Arm.  It’s been twelve or more years since I had last seen them.   Our Travelaire 5th wheel that we bought used, was Laurie’s full time home for a couple years before we got it.  It turns out they actually are living here in Penticton so maybe we’ll get together some time.

Our friend Bev, whose apartment we are staying in, has wanted to close up her storage container and get rid of the monthly expense.  Aileen and I helped her taking some to a thrift store, some to garbage and the rest into our storage container.  The plan is for Bev to putter away at sorting and disposing of the rest over at Karen’s.  We’ll take a box at a time into the house so she can work in comfort.  The plan is for her to be finished that by the time we are ready to give the storage container back.  We currently don’t know when that will be.   Our house is in the queue but no indication when actual construction will begin. 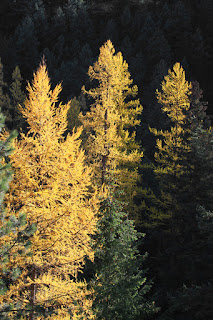 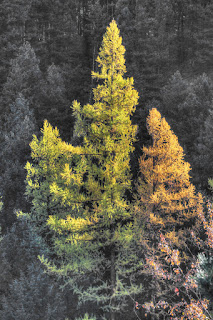 These two photos were taken alongside Hwy 3 just east of Midway, BC 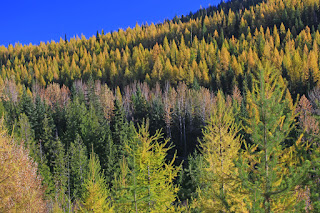 The rest of the photos were taken up McCarren Creek Road 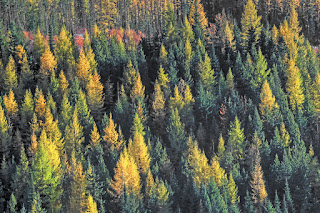 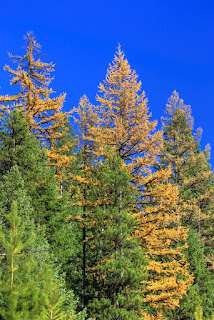 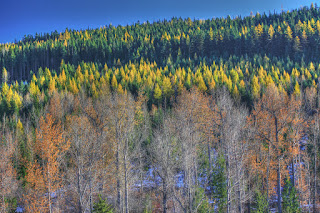 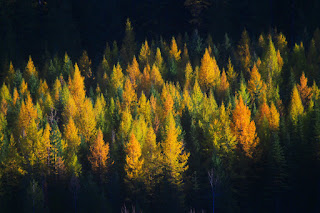 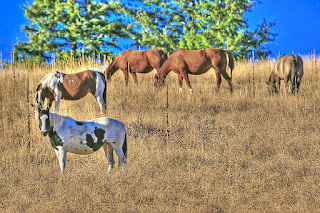 I managed to find something that wasn't larch trees 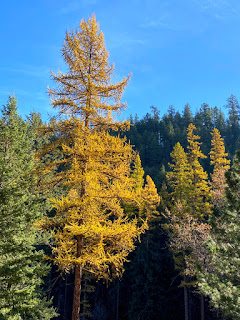 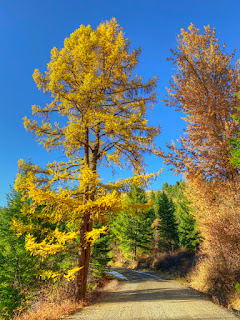 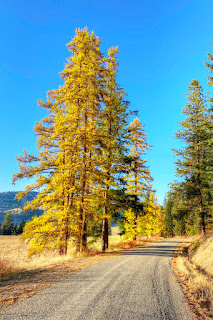 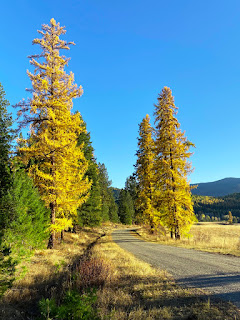 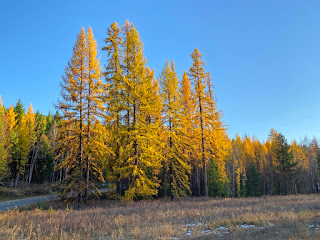 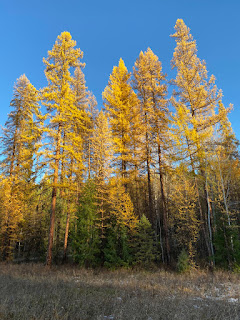 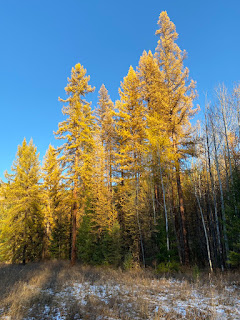 Posted by John and Aileen on the road at 3:54 PM