We headed off on another geocaching exploration drive yesterday morning.  Our target was Norwegian Creek Road, just east of Midway, B.C. about one and a half hours drive from Penticton.  We wandered up the road gathering geocaches as we went and stopping for wildflower photos along the way.  There was very little traffic so we had a close to nature experience for much of the time.
There are a few remote ranches along the road, some of them occupied and some abandoned.  The abandoned ones are often interesting with old equipment lying about.  Another thing that made the trip fun was that the road intersected with another road so were able to make it a loop drive.   We picked up 41 geocaches but there are still 162 hidden along those roads.
Since we were so close, we took a drive to Greenwood which is an interesting old town that hardly seems to change over the years.  Since it was time to head homewards, we pointed our noses westward.  As it was 29C down in the valley, we headed up into the higher country for cooler temperatures and took a side road off into the forest to have our supper alongside the road.  While sitting by the car in our chairs, just one car drove by.  We went for a walk along the road after eating and no cars passed us the whole time.  Another did go by just as we were ready to drive home.
We are still working on projects for our friend Karen, making sure we are paying our way for her generosity in letting us park in her driveway and use the facilities.  The other day Aileen and I spread five yards of mulch.  When we got home yesterday, another five yards of mulch had magically appeared so we’re not out of work yet.  With nearly ¾ of an acre, there’s lots of room to do things. 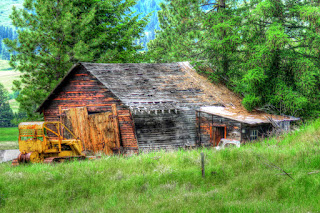 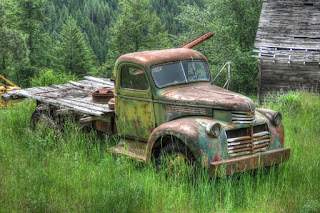 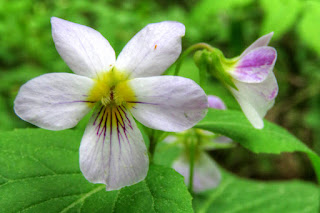 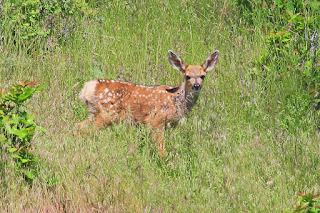 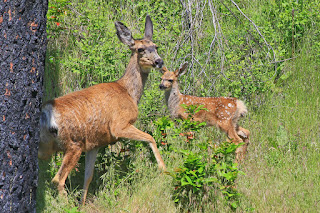 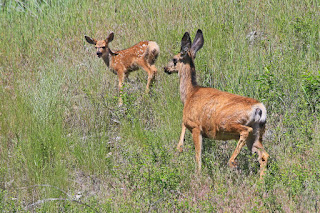 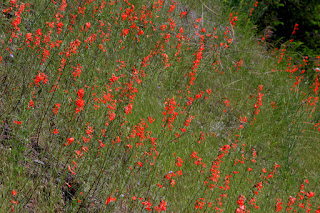 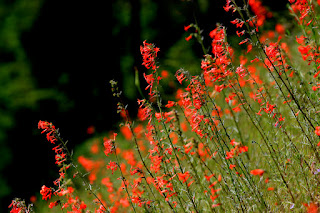 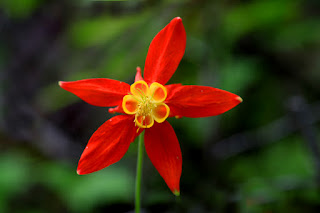 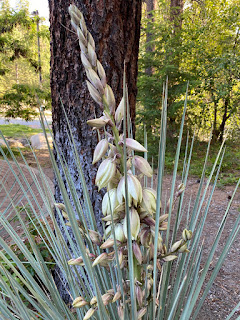 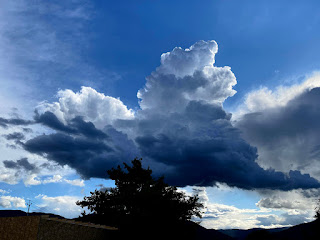 A creature crossing the sky.  Is it a dog or something else? 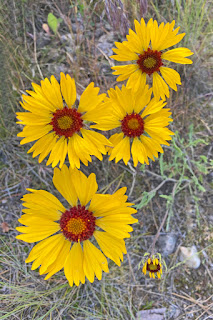 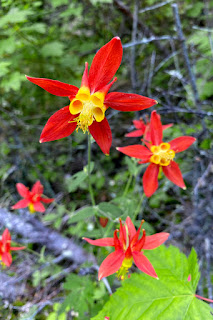 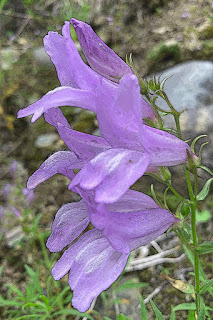 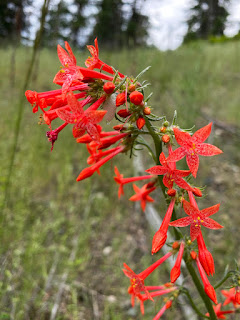 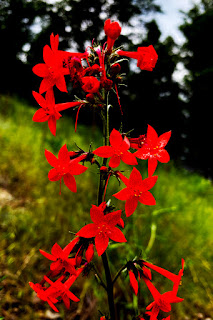 Posted by John and Aileen on the road at 2:34 PM