We've had a busy three days.  We were up early on Sunday morning and were on the road at 5:22 am heading to Victoria.  We got to the ferry south of Vancouver just after 10:30 which should have been in time to catch the 11 am sailing.  However, it was full and we barely made it onto the 1 pm sailing.  We went to Richard and Robin's when we got off the ferry and Aileen had a nap on the couch.  Richard made us all a tasty supper then we headed into Victoria to stay at Robin's sister's house as they are away in New Zealand.
On Monday, Aileen had her appointment with the eye specialist and he said he was very pleased with how her eye is doing.  She doesn't need to return there until next May which is good news.  Aileen says her vision is improving slowly but steadily so that is good.  I spent part of Monday afternoon buying our travel insurance.  Between my moving up an age bracket and Aileen's eye surgery, we are paying more than fifty percent more than last year.
Today, we were up really early and on the road about 5:25 am heading for the ferry.   Arriving at the terminal about 6 am, we had to wait until 7 am to depart heading back to mainland BC.  The ferry ride was 1.5 hours long then we hit the pavement and were making good time until the freeway was choked up from an accident.  We barely moved for 45 minutes before finally breaking free of that mess.  It was a smooth drive the rest of the way back to the motor home in Penticton.
When we got home, we unloaded and started putting things back where they belonged.  Did a load of laundry so that is caught up, Aileen had a much needed nap and I puttered outside.  I loaded up the car and and packed up what I could.
Karen took Bev and us out for supper as she didn't think we should have to cook after our rushed few days.  We appreciated that.  We really appreciate having good friends and family who allow us to park in their yards and use their services.  Laundry, internet and bathroom privileges make our life much nicer and cheaper.
We intend to pack up and head out in the morning on  our way to Grand Junction, CO.  We are hoping to make it in five days/four nights.  There are a couple of longer than we like days but the last day is only 150 miles.   Our Colorado friends are eagerly awaiting our arrival.  Not sure what our internet connections will be along the way as I don't intend to activate the air card at this point.  Aileen will be able to keep abreast of things via her i-phone and I may just try and rely on public wi-fi and see how that goes. 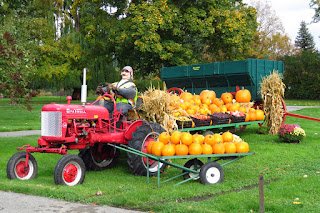 I was impressed with the amount of work entailed in putting this display together in Penticton.  The tractor is a Farmall Cub, which is the same as the one I drove starting at age five. 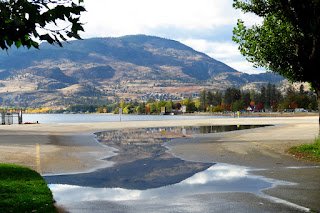 After some rain, this parking lot offered some nice reflections 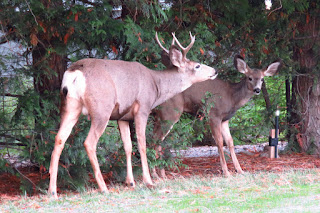 In the yard where we are staying, our friend Karen has several deer that make themselves at home 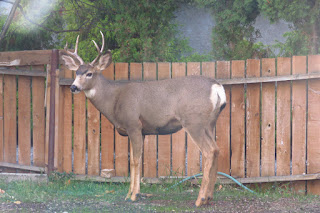 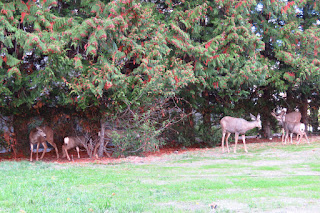 Six deer in this shot 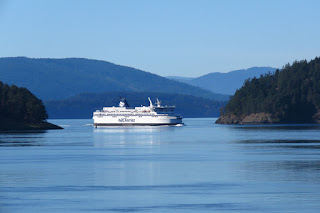 On our way to Vancouver Island on Sunday, we watched the sister ship to ours enter Active Pass 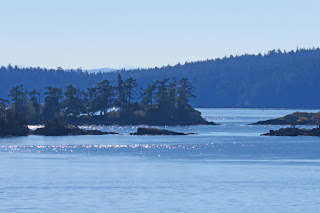 Some little islets along the way heading to Victoria 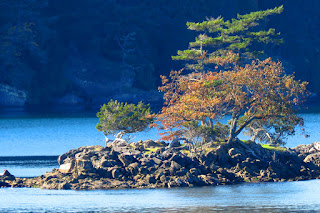 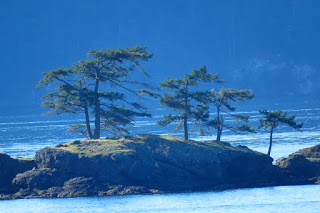 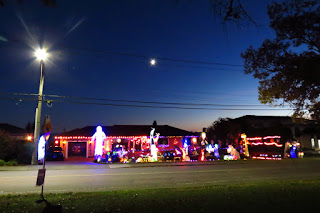 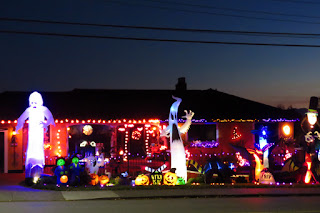 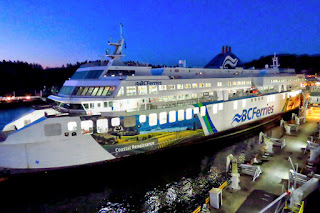 Taken from our ferry this morning of a sister ship 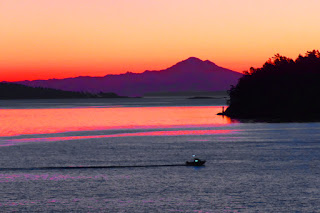 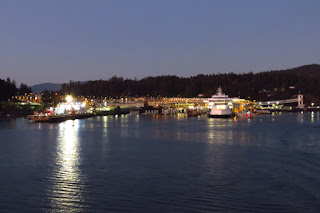 Looking back at the dock we just left.  The ship on the right is the one I took the photo of earlier 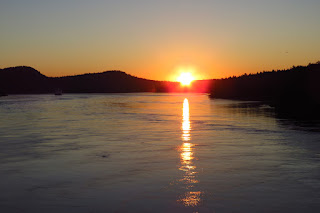 Sunrise this morning as we entered Active Pass 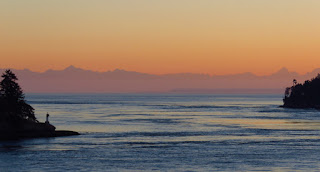 Looking out of Active Pass toward Vancouver and mainland BC 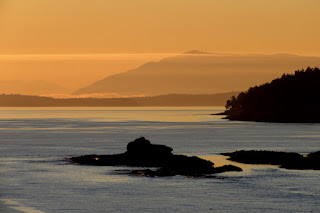 Looking down into the San Juan Islands of Washington State 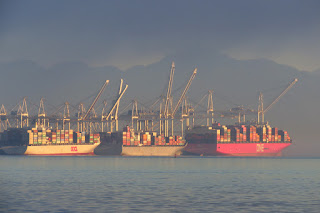 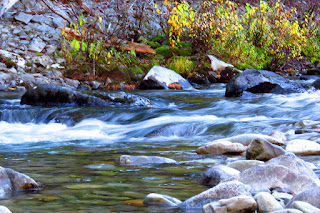 We stopped at a closed campground in Manning Park on our way home this afternoon and had our lunch there then went for a walk along the Similkameen River
Posted by John and Aileen on the road at 10:01 PM