Time is whizzing by and it is once again that time of year when we start making plans for the trip north to the border.  I've tried to come up with a bit of new country for us to see but it isn't easy.  Closer to departure, I will have to start monitoring the weather along the proposed route to see if it is snow free.
The organizing is underway, what do we need to take and what can we leave behind.  What are we wanting to get done before we leave etc.  We don't have a departure date nailed down yet but somewhere in the next two to three weeks, I think.
I only rode once this week so not as many photos taken.  I spent much of yesterday washing the motor home.  There is a lot of surface to cover with a rag!  Up and down the ladder lots of times too.  I had to change the water more than usual as both our last rains were more like liquid mud.  While driving the car in the park here, each time the wipers swept across, they were pushing brown water.  That was caused by a dust storm combined with rain.  I guess the dust gets taken so high in the sky that it is carried a long distance before it falls. 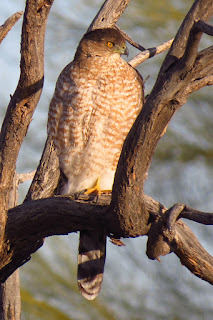 Cooper's Hawk out behind Caliente while walking Mitzy one morning. 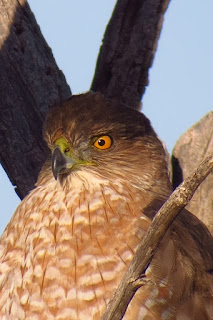 Taken with my Canon SX50 hand held at 200 x on the digital zoom so highly magnified.  I was about 60-80 feet from the Cooper's Hawk. 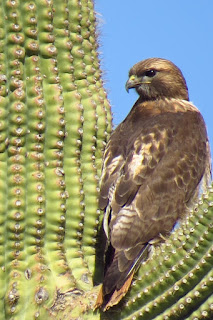 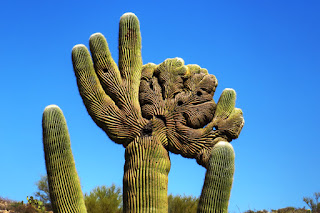 A Crested Saguaro.  Not very common, they are probably caused by a mutation.  Notice the holes drilled by Gila Woodpeckers. 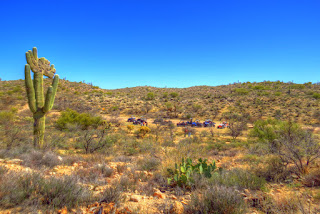 My group last Monday at the crested saguaro 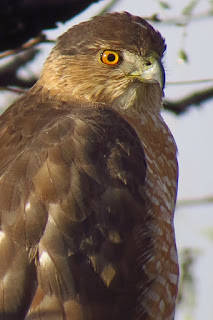 Another morning walk with Mitzy and just as we went through the gate into the desert, this Cooper's Hawk was waiting for us.  I am only about 60 feet from it.  I seem to see this one or its mate several times each day but not often where it can be well photographed.  Sometimes in flight but more often sitting in the middle of thick brush. 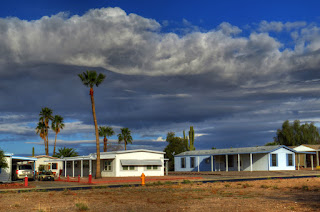 We had some showers one night, this is the next morning in Florence Gardens the park next to us. 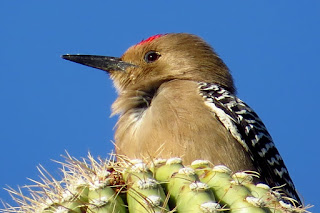 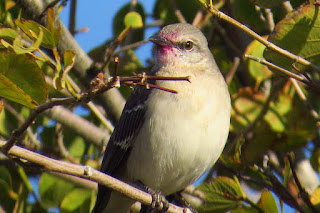 Not sure what this Northern Mockingbird had been eating. 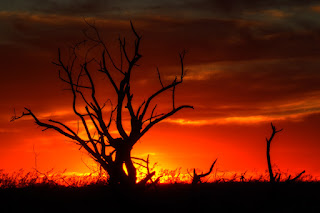 A bit of a nice sunset after supper tonight when Mitzy and I went for our last walk of the day. 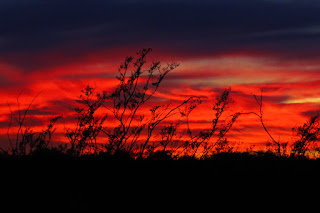