We stayed three nights in Yuma. Thursday night we went to the clubhouse and played bingo.  We met Clarence and Jan from Washington who were at our June rally in Chemainus.  There were ten games with the first nine paying $4 and the blackout tenth was $17.   We spent $4 buying two cards each and when I won the first game, we broke even.  We went to the hot tub after that and met a guy from Kerr Rd in Coombs.  That’s just three or four miles from Charlie and Sheila’s!
It was windy overnight and it kept it up all day Friday.  Keith and Sue picked us up shortly after 9 and gave us a bit of a tour of old town Yuma.  In the afternoon Aileen and Sue went to a tea and fashion show in the clubhouse and enjoyed themselves.
On Saturday morning we had the expected windy drive up to Quartzsite arriving a little before noon at the bloggerfest site in LaPosa South.  After lunch, Aileen had a good nap while I read outside.  There were thirty some attendees, mostly bloggers and spouses, and we had a visiting good time.  I took a group shot but some people had already snuck away.  I think at least a third of the attendees were Canadian.
After leaving bloggerfest, we moved up to the State Trust land on the outskirts of town in the same area we were in last year.  We are a little further from the road though.  I had thought we would move to Hi Jolly or Plomosa Rd free sites but they are much busier still this year than usual so we will hope to stay here for the duration as it is very handy to town and my riding areas.
I went caching Tuesday and today out in the Gold Nugget Rd area.  I had a long day Tuesday and a short one today finishing the area.  Tuesday got quite thrilling when a desert bighorn sheep bolted across in front of me then ran up the trail in front before stopping.  He and two other rams paraded around for me before heading off up the hill.  When I spotted two more off to the side sneaking around a small knob, I got out and snuck up on my side expecting to see them on the next hill.  It was quite a surprise to look up from watching where I was walking to see one young ram staring at me from about thirty feet away.  He had a Cholla spine on his chin.  Not far behind him was a more mature ram who also posed for me. On today’s ride I saw several lizards and a young mule deer doe but she was too shy for photos preferring to peek through the branches at me.


Not sure at this point how many riders will be joining us next week for rides in this area.  We expect to be here at least until next Friday or Saturday at which point we will head back to Florence. 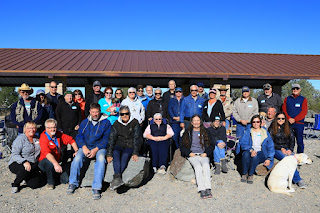 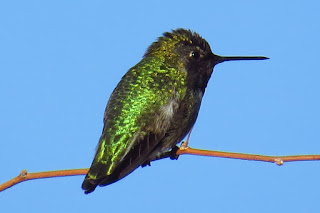 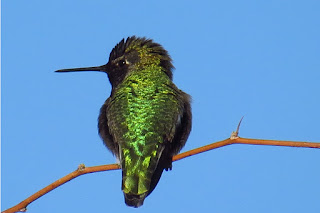 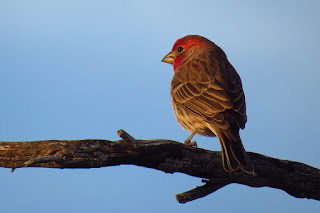 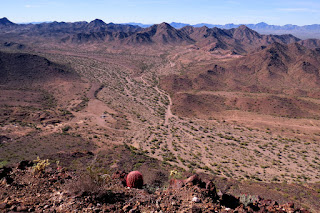 Above and below are a couple of views from Guadalupe Mtn 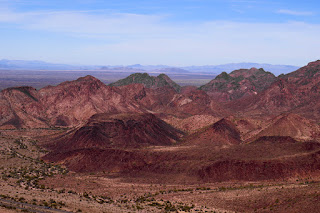 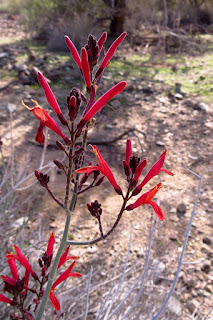 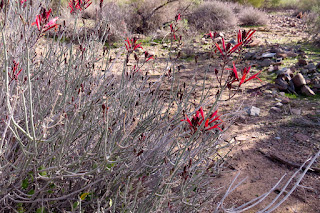 There are just scattered flowers on the Coral Bean, the leaves come later. 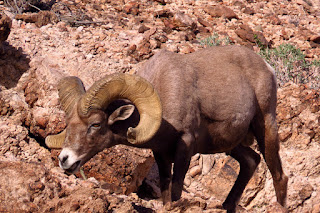 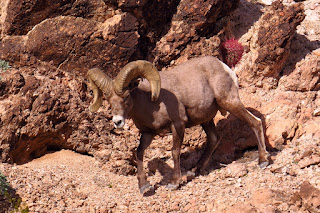 Notice how large his feet are 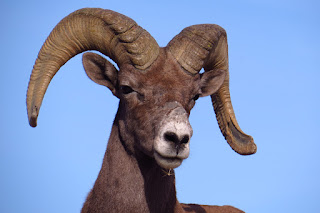 This was taken from just thirty feet away 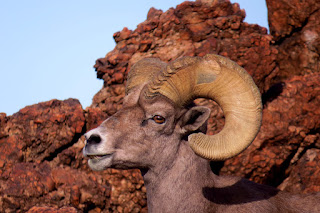 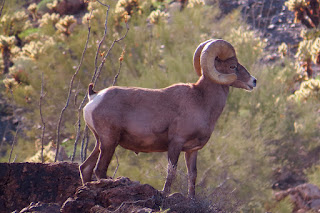 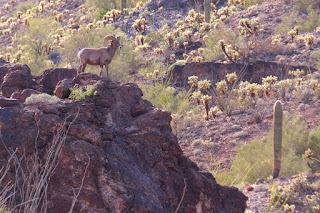 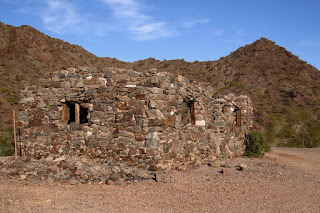 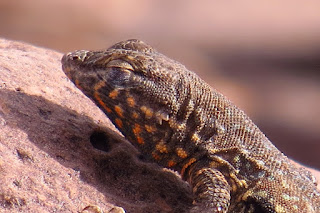 I believe all three of these are Side-blotched Lizards 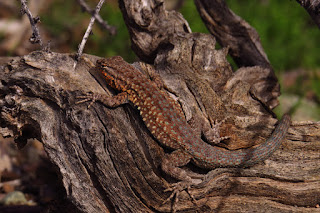 This was taken from the driver's seat in the RZR 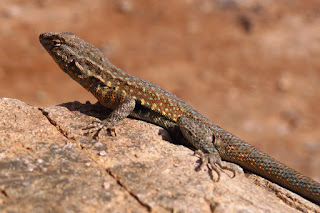 My camera is only about one foot from this guy 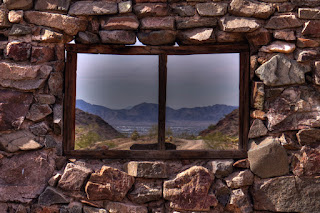 Looking down to Quartzsite from the Spanish Wall Cabin