ON THE MOVE AGAIN

Today was moving day for us as it was time to depart the north island.  Of course since it was moving day, it rained.  No rain for weeks but pull up the jacks and start moving and look out.  We had a leisurely pack up and departure.  We visited with John this morning while packing up then Aileen zipped into town to say goodbye to Anne and Donna at their workplaces.  I topped up tire pressures at the gas station.  The north island was still dry when we left but we hit heavy rain just before Eve River then it was off and on showers the rest of the way.  We are south of Campbell River at Bill's tonight and tomorrow we'll move down to Charlie and Sheila's for a while.
Yesterday was a quieter day for us.  My cousin Chris and her grandson Brody joined us for lunch at the motor home and we had a great visit.  She bought a Canon SX50 the same as mine so I was able to share some of what I have learned so far about the camera.  In the afternoon, while Aileen had her nap, I went to Port McNeill and had a quick visit with my cousin Donna.  Later, John, his grand kids and I went down to the wharf to have a look at a different type of ship than is normally found in these waters.  We got there just as it was departing, so we were lucky.  I noticed it was going to go past our campsite so when I got home, I alerted Aileen and Anne and they joined me at the beach to watch.  I don't usually post a lot of photos of the same subject but am making an exception today as this boat looks different from all angles. 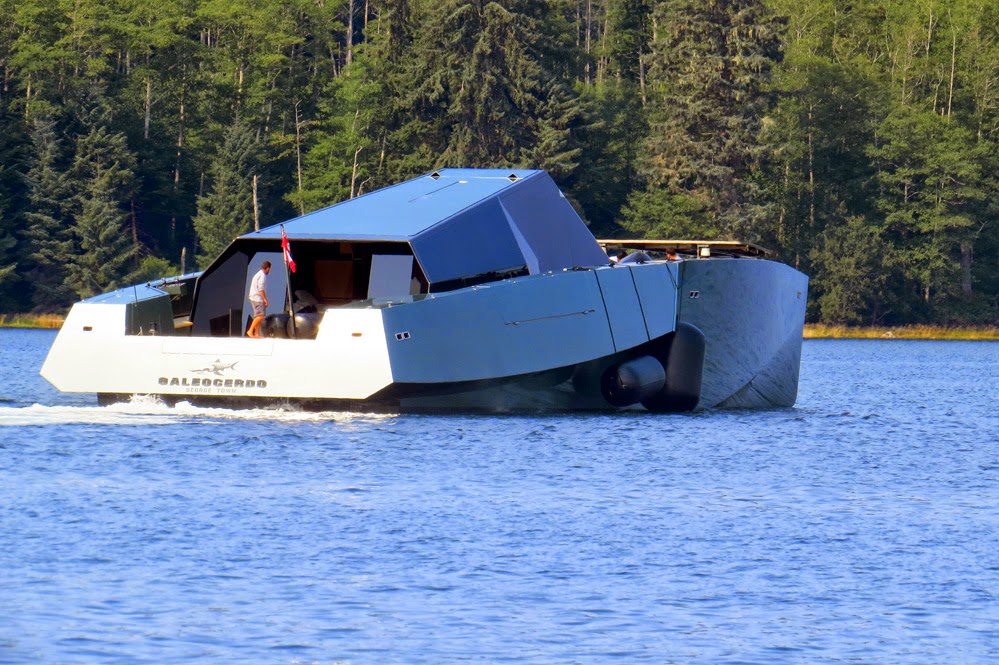 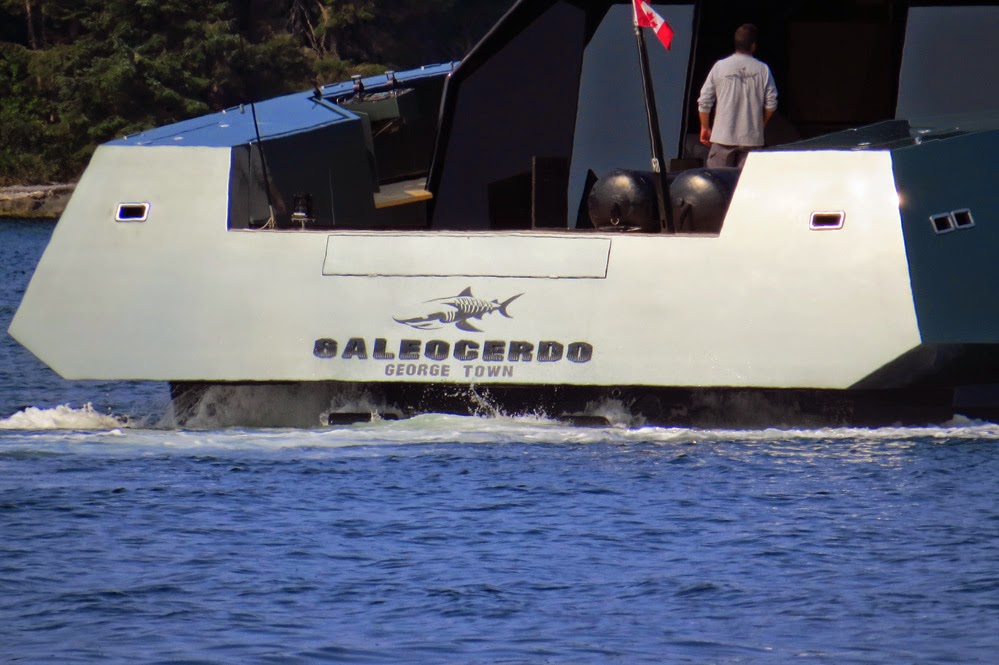 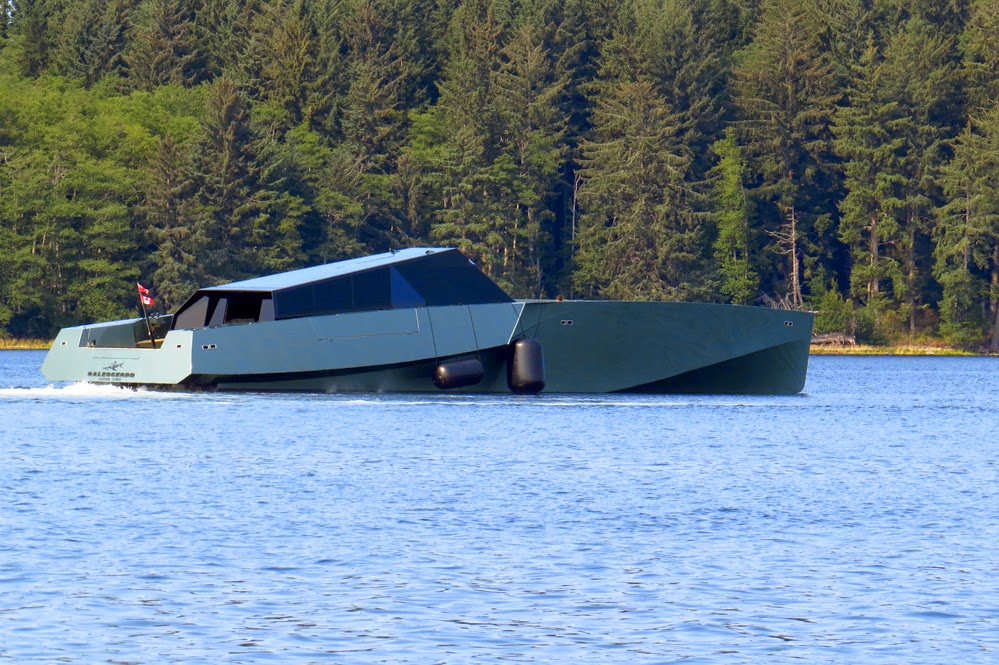 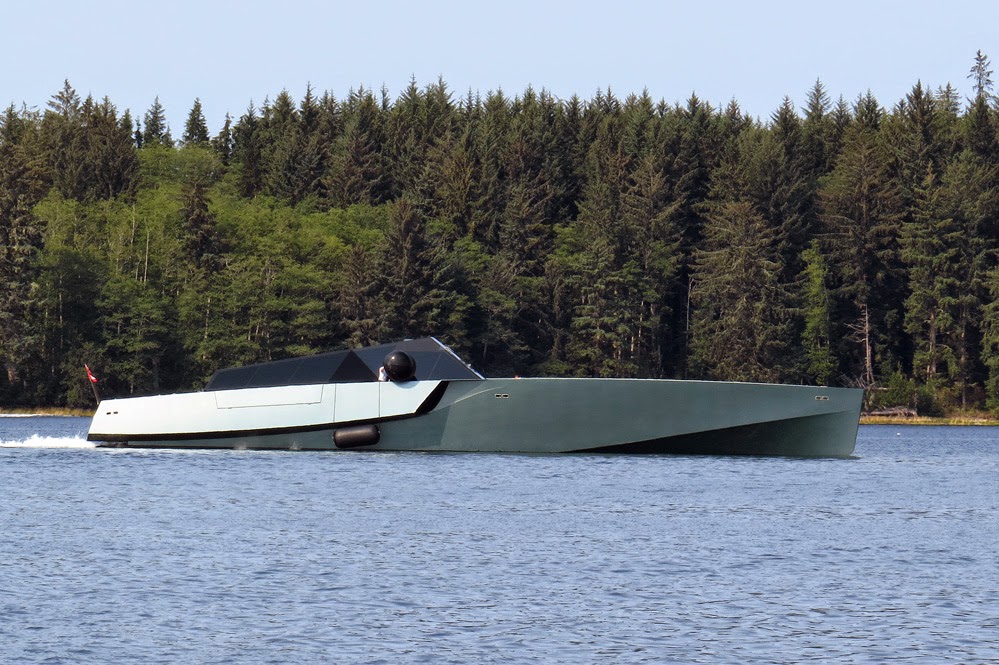 It's putting along on its two 375 hp Cummins diesel engines 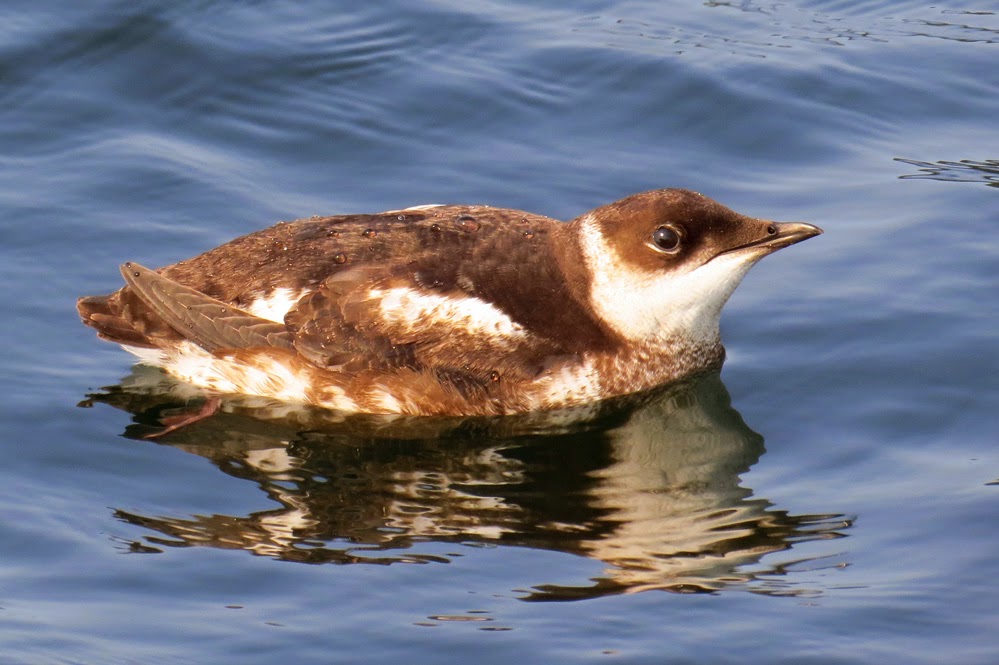 While I was shooting the boat, this Marbled Murrelet kept bobbing up in front of me.  According to my Stokes Field Guide, it is already in winter plumage but it was only August 14! 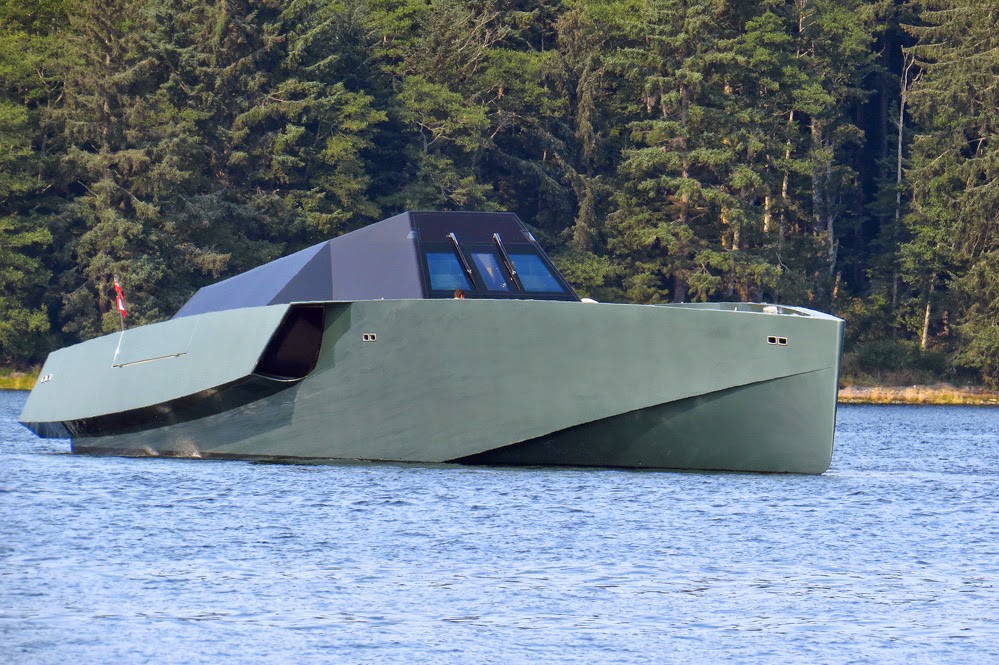 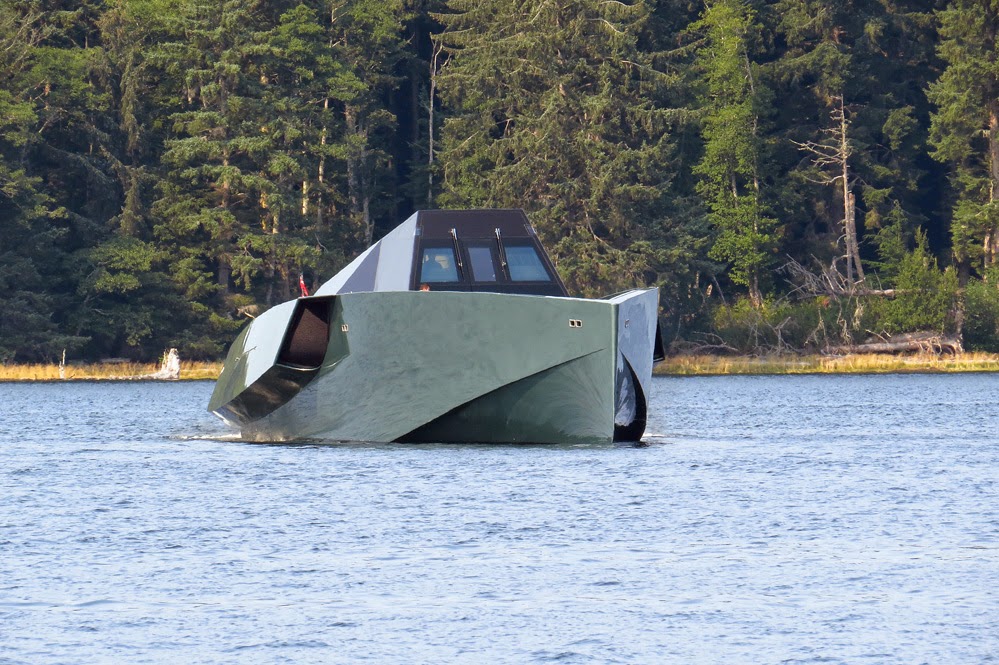 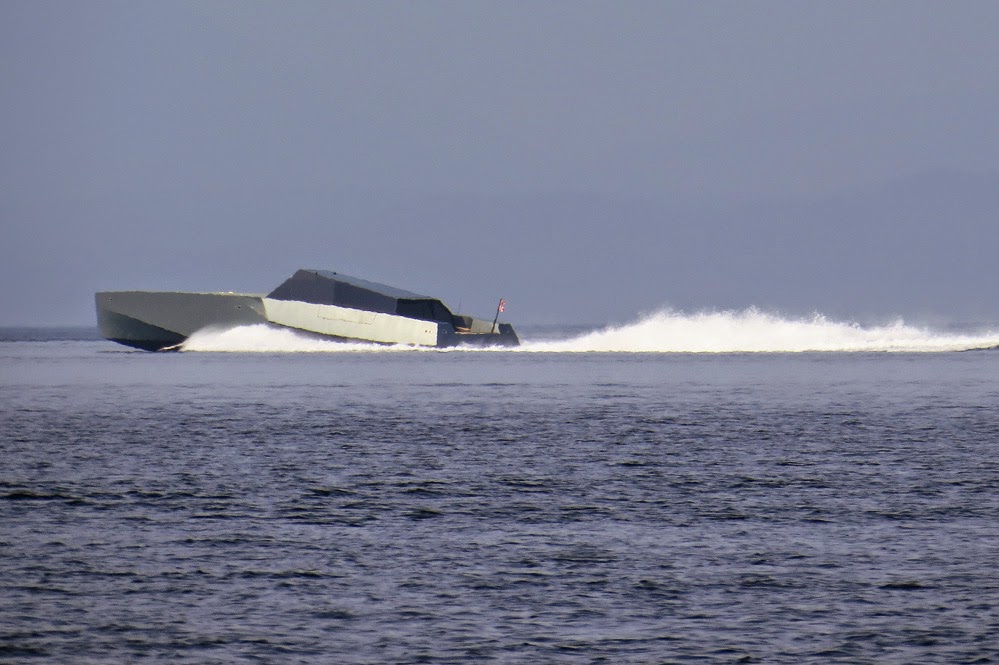 For the open water, the boat has Detroit Diesel turbines creating 16,800 hp giving it the ability to exceed 60 knots and cruise at 45.  Pretty good for a boat that is 119 feet long!  This was shot at the equivalent of 920 mm then cropped a bit. 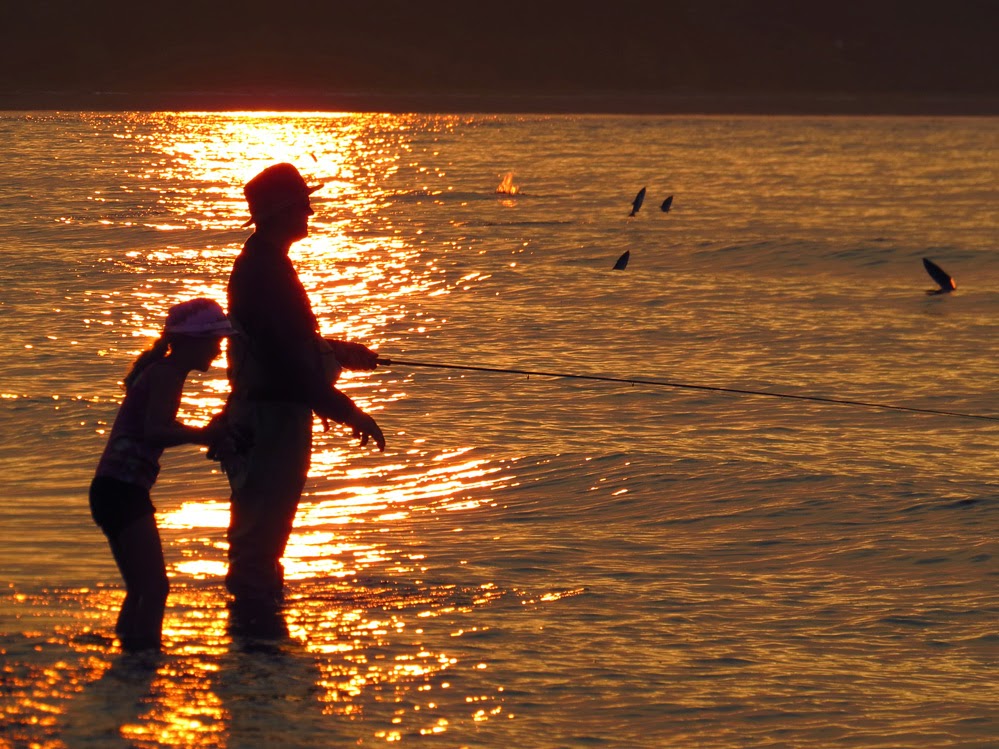 We walked out to the spit last night for the final time and watched Nephew Dennis and his daughter Niki fishing.  Note the Pink Salmon (that's their name!) jumping in the background.
Posted by John and Aileen on the road at 5:25 PM