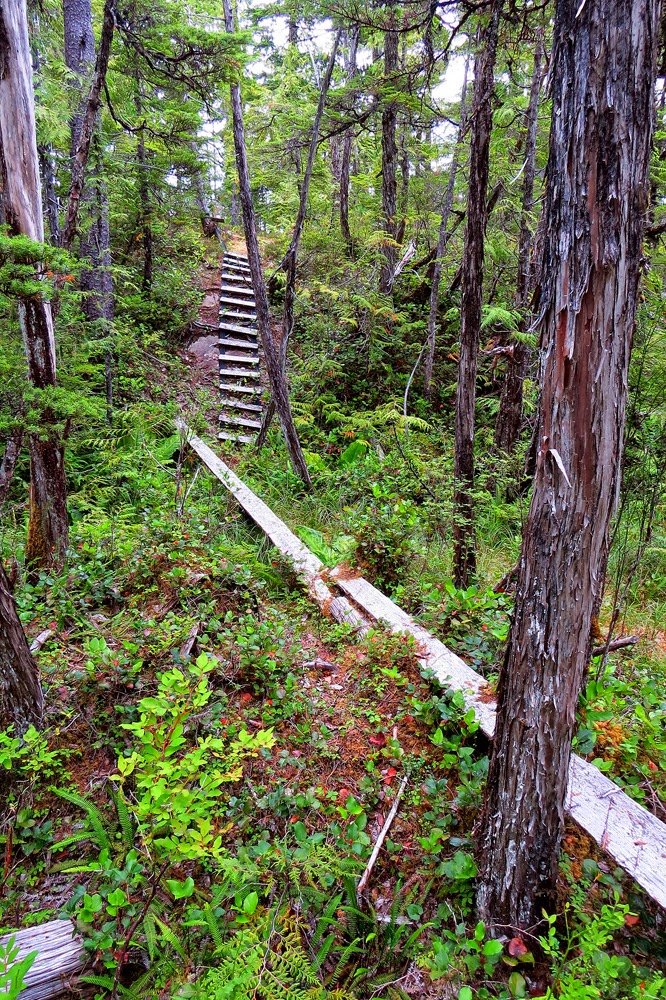 A few days ago, my brother in law John and I walked in to Songhees Lake from Georgie Lake to retrieve a distant geocache.  The trail was pretty good for being quite old and not maintained.  It was about 8 kms return. 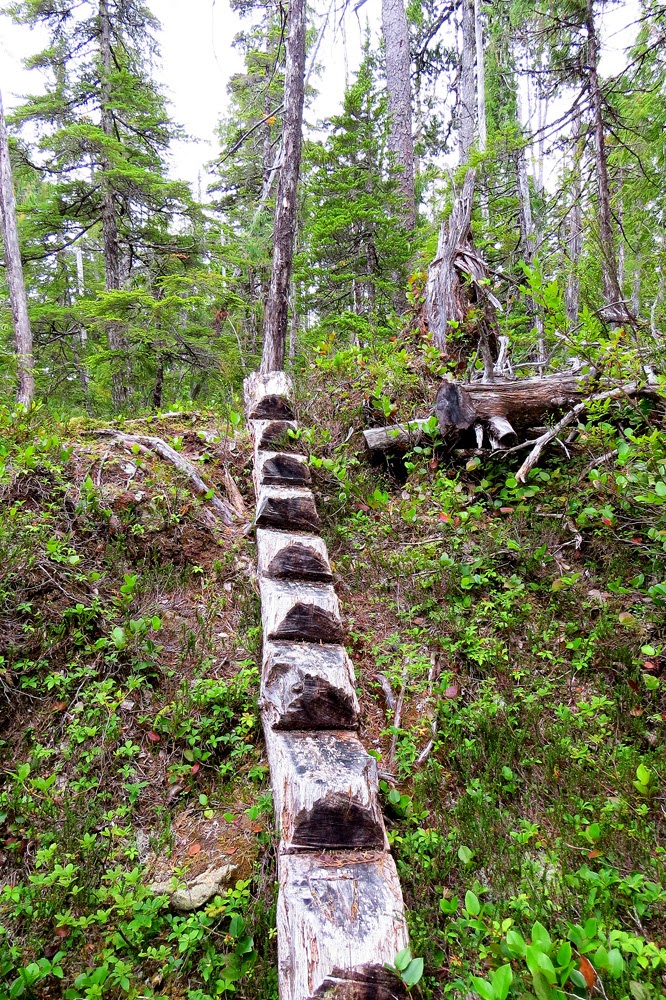 Some creativity was involved in the trail building 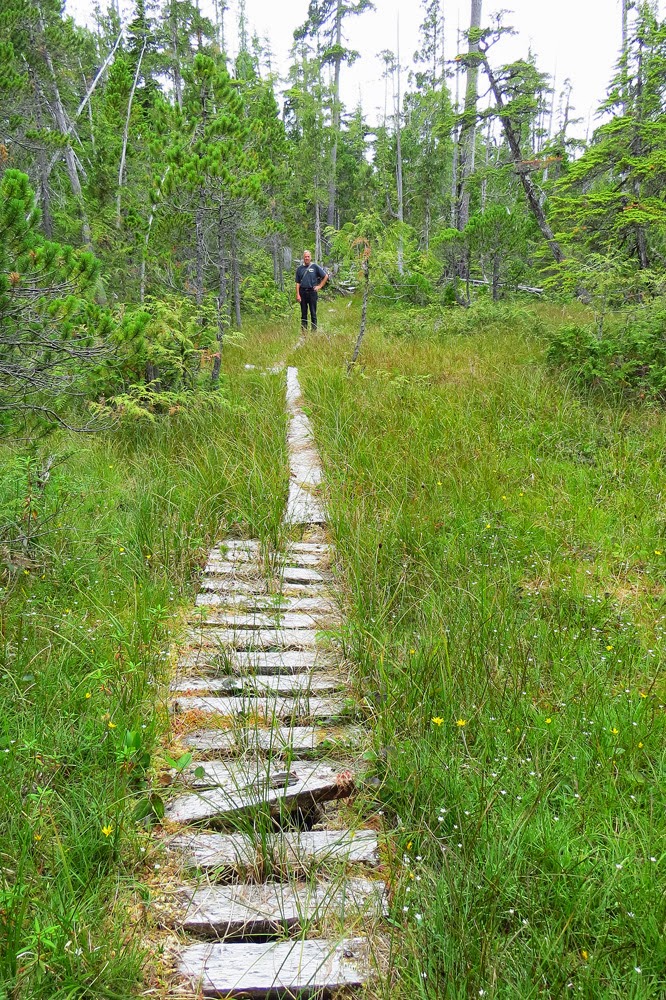 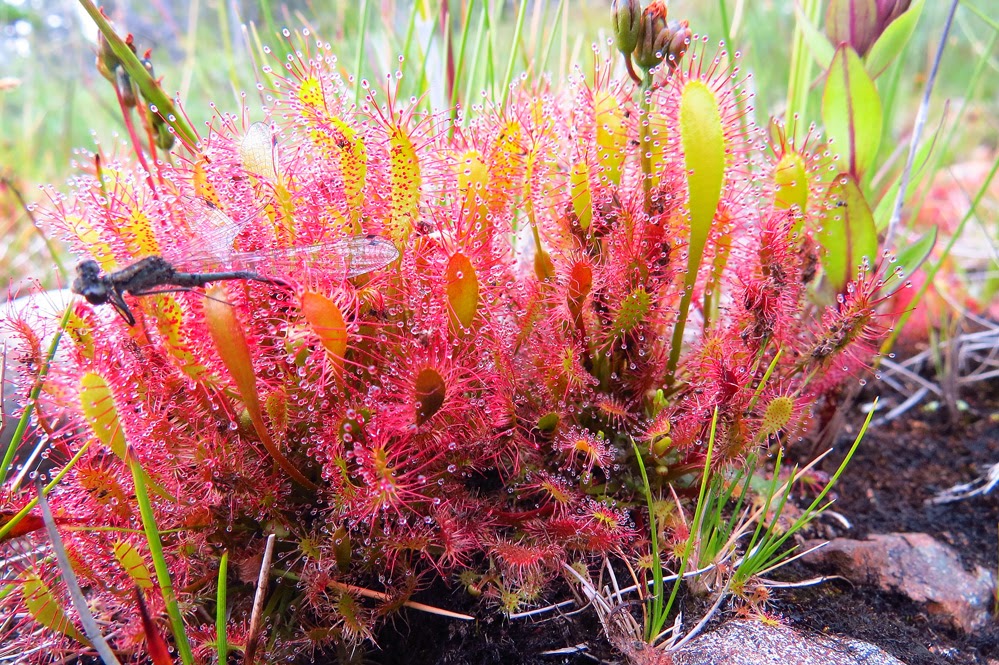 Sundew plant which is a type of fly catcher.  The bug on the left was one of the unfortunates. 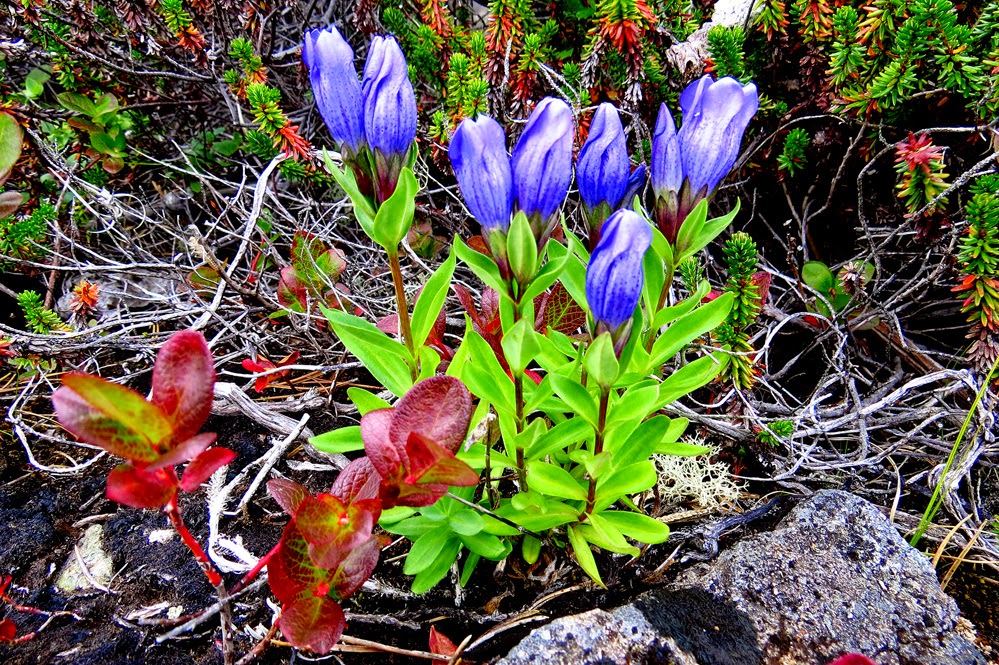 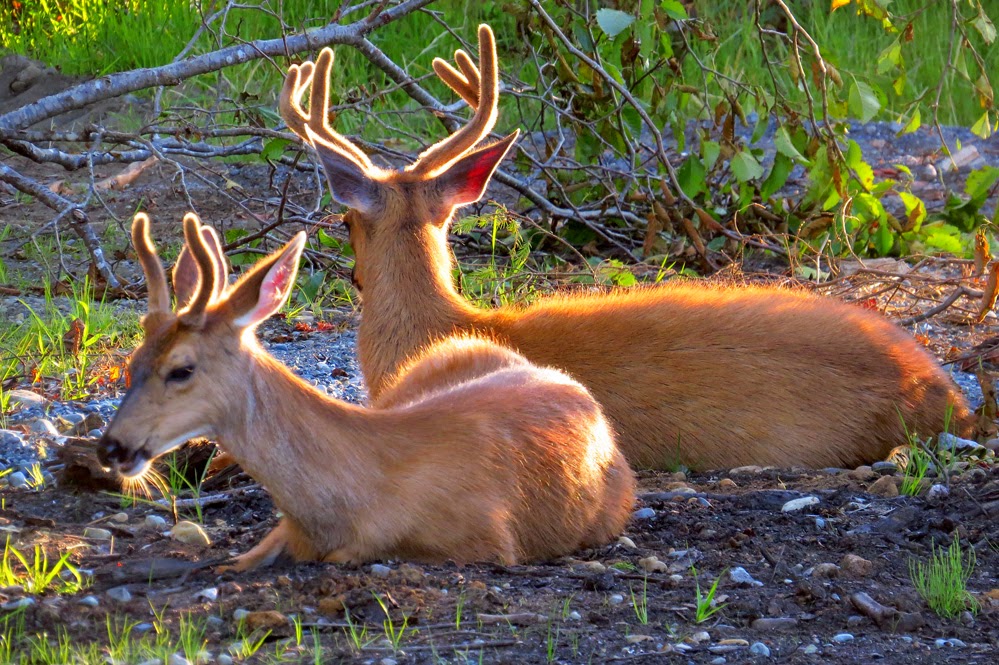 The boys resting at Cluxewe campsite.  They are taking a break from eating Anne's flowers.

John and Anne and Aileen and I went to Malcolm Island yesterday and had a great trip.  We drove around the quiet island roads, did some geocaching, had lunch on the beach and walked a few trails.  We took the 10:25 ferry over and the 7:10 one home.  Apart from the town of Sointula, the rest of the island is very rural with pockets of civilization scattered mostly to the east end of the island. 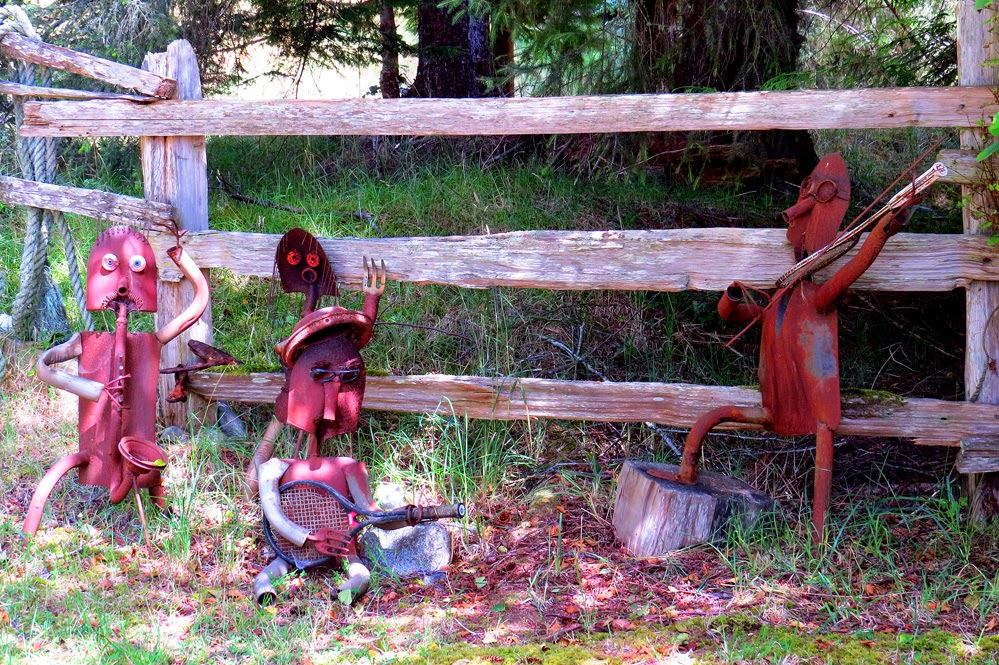 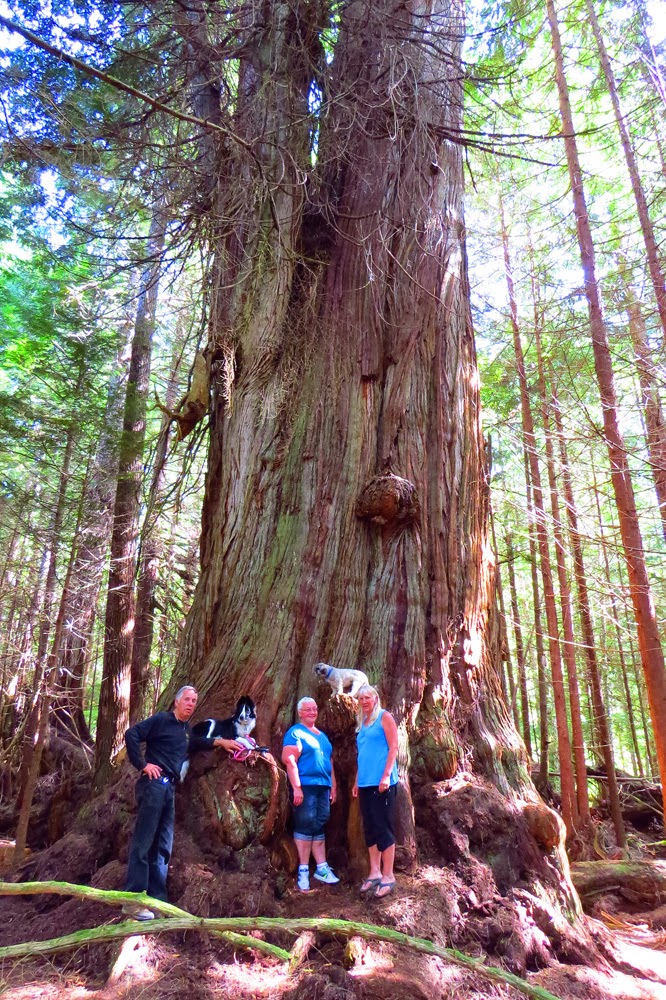 This monster old growth Western Red Cedar tree is called the Tree of Life by the locals and there was a nice trail taking us there. 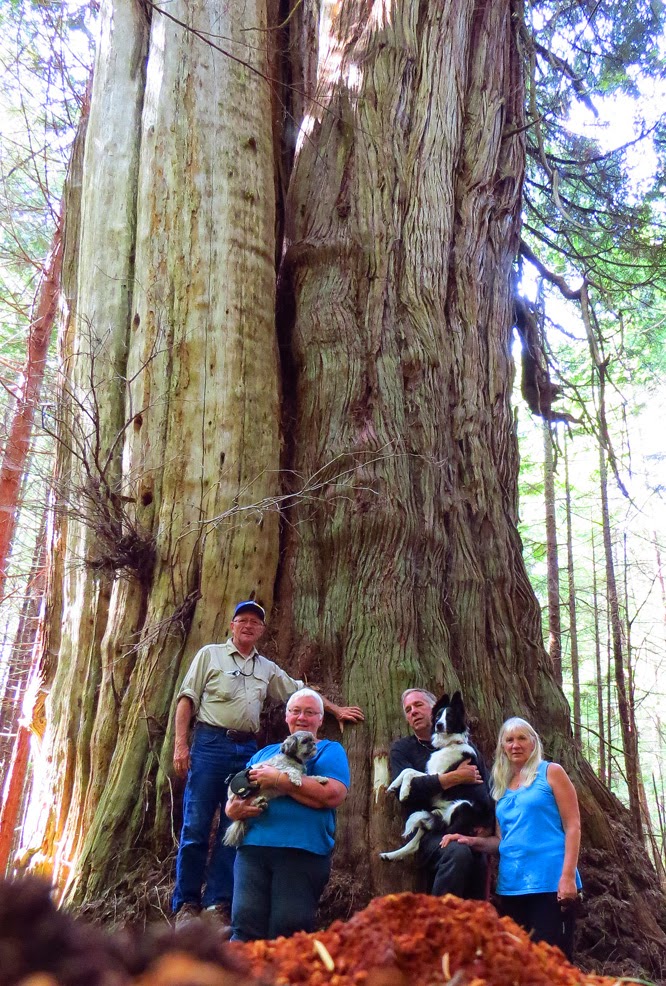 From left myself, Aileen and Mitzy, John and Bryony and Anne 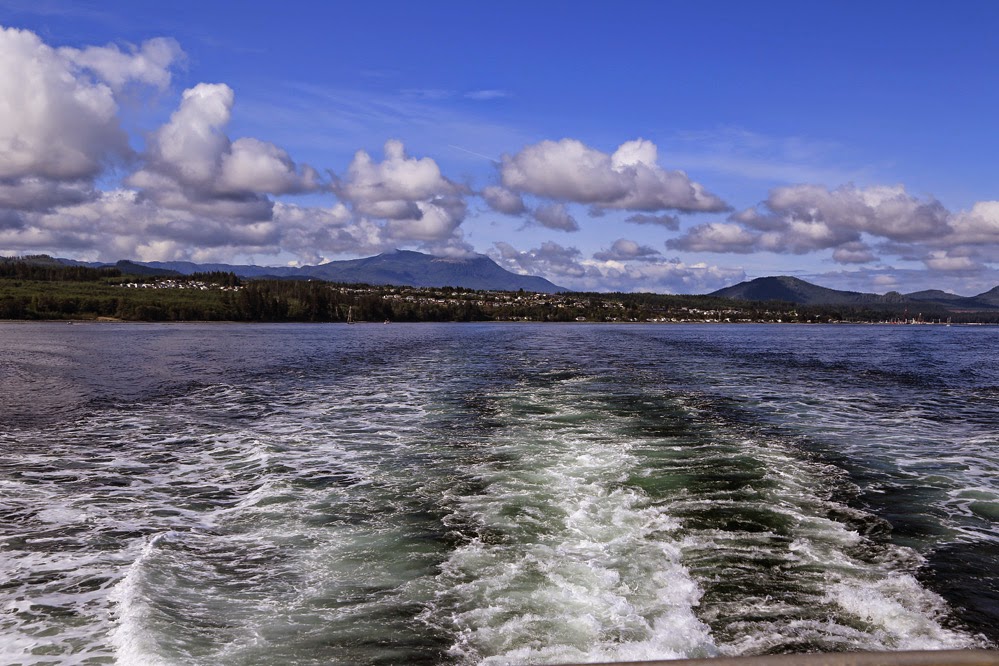 That's Port McNeill on Vancouver Island.  Last weekend, we were ATVing on that mountain in the center, approaching the two peaks from different roads. 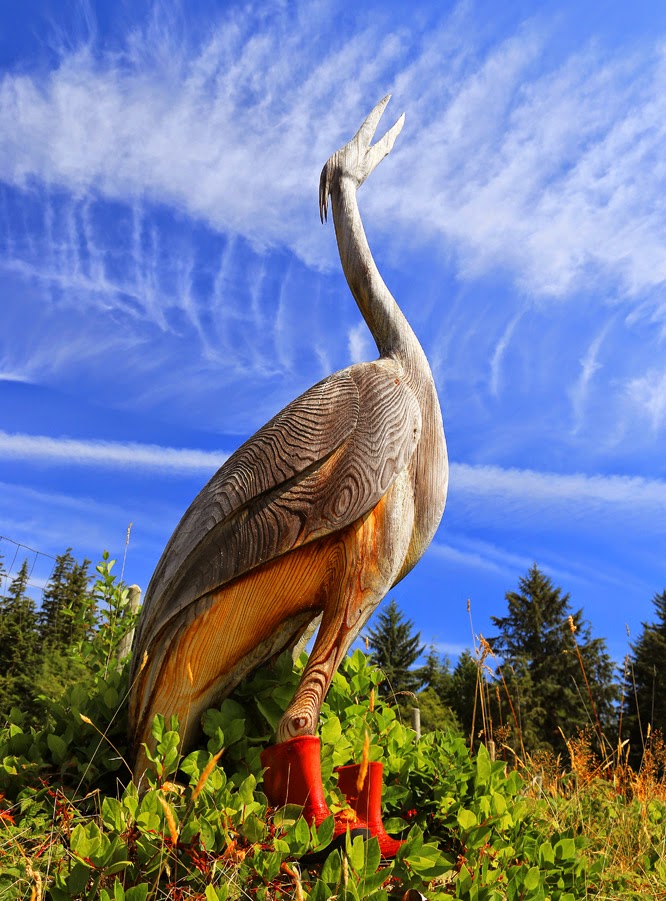 A large bird carving along the roadside 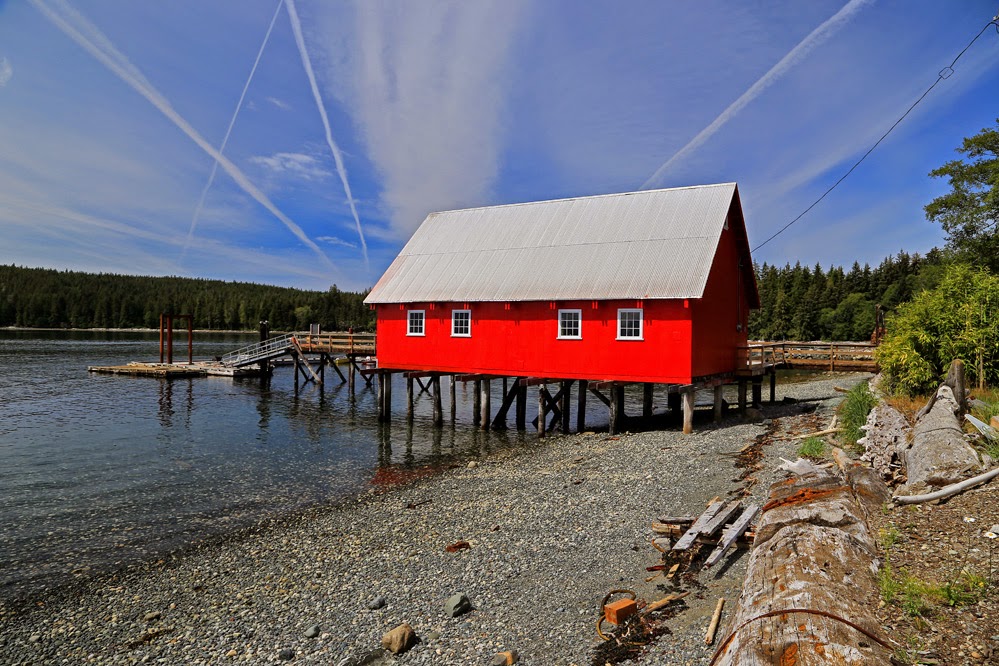