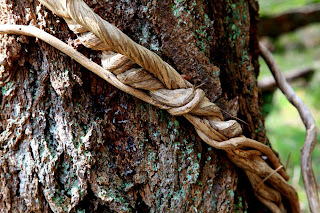 An otter with his lunch 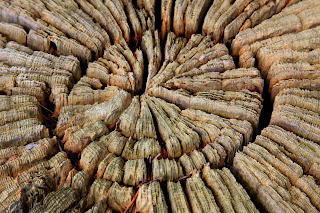 An old tree stump weathered by the ocean winds 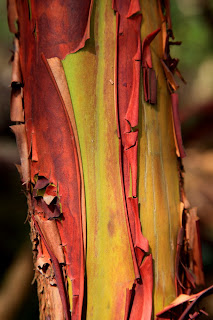 Trunk of a young Arbutus tree. They tend to shed their bark until they get old and the bark becomes thicker 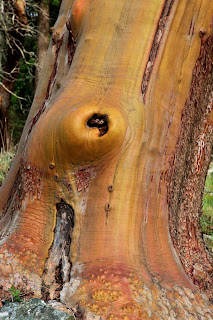 Base of a large Arbutus tree 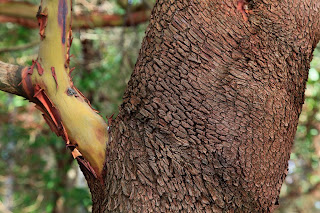 An Arbutus tree. The branch on the left is how the young tree looks, changing to the mature bark on the main stem 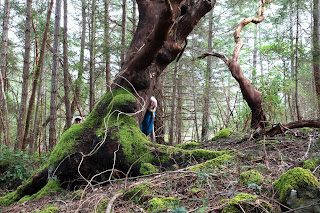 John and Sue with a very old Arbutus 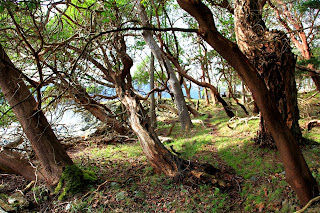 Arbutus trees have leaves year round and are called a deciduous evergreen. These trees are leaning reaching for the light and possibly affected by prevailing winds also. We are right on the ocean's edge

Yesterday morning I went for a hike with my sister Susan and her hubby John. They showed me a neat area along the ocean not far from here which is seldom visited by many people. There were many interesting arbutus trees and we saw some seals, a couple of sea lions and an otter having his lunch. It appeared to be some type of fish he was devouring but there wasn’t enough visible to identify. Since the trail had some rough scrambling involved, Aileen declined joining us. She did instead walk down to the post office to get our hosts mail. Mitzy really had a ball rushing back and forth keeping track of the three of us on our hike.

We received word last night that one of Aileen’s cousins, who is her age, is dying of cancer and not expected to last out the year. We last saw him at Aileen’s Mom’s celebration of life two years ago when he and his younger brother made the long drive from to be there.

We were invited to my sister Sue’s for supper the night before last and are going to my sister Janet’s for lunch today. It’s nice to have family and get together once in a while. We are hoping to leisurely visit quite a few of our family and friends over the next few months. We have no idea how long we will remain on the and have no set plans.

Posted by John and Aileen on the road at 9:28 AM