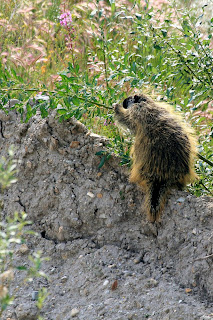 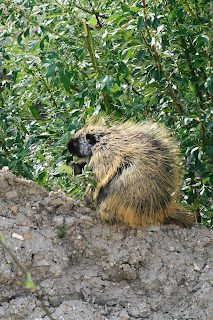 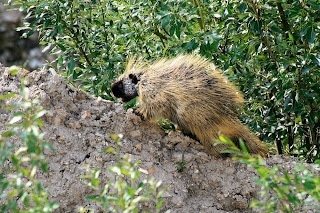 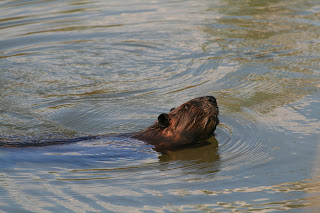 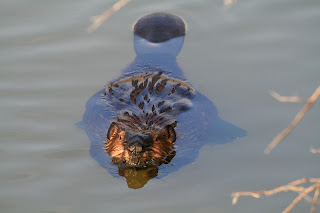 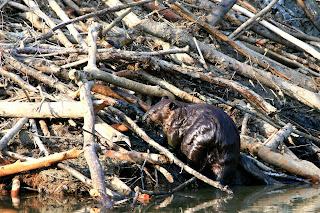 Beaver working on the lodge 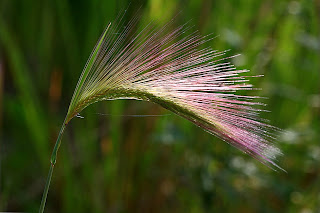 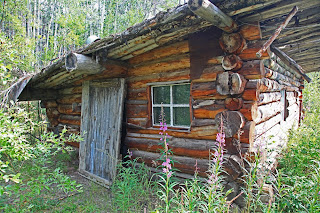 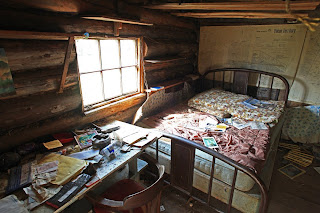 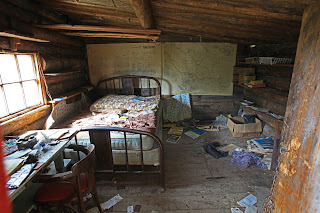 Yes that’s right, Aileen celebrated her 60th on the 6th and we’re still north of 60. So she got to be north of 60 north of 60! We had a quieter day yesterday. First we went to the restaurant next door for a late breakfast then we walked the dyke along the river beside town and around the town a little. After lunch Aileen had a looong nap. We went to The Drunken Goat for supper. It is an excellent Greek restaurant which only has eight or nine tables. The food was as good as any we’ve had. After supper we went across the river and checked out the Top of the World golf course – the most northerly green grass golf course in . On the return we sat up at the viewpoint overlooking and the and . Aileen had a call from daughter Bev while there. Richard and Georgia had called in the morning while we were in town. While along the riverfront in the morning Aileen met a lady who went to college with Shane Ready, a pharmacist, who she knows in Salmon Arm. A few minutes later he met a guy whose sister she knew in SA as well.

The day before yesterday we took a drive through the gold fields mining area south and west of where we’re camped. It turned into a 172 km loop, mostly on unmaintained gravel. We saw a porcupine, scruffy little black bear and many small squirrels. We were surprised to meet up with one of the couples we met the day before on Top of the World. They gave us lots of information on the area. We drove by five abandoned dredges and several old cabins. I found a wallet at one and was able to return it to his brother back in town. We are pretty certain we met the guy on the road when I described the vehicle to the brother. It had been lying out there for some time as the leather was faded and cracked and wouldn’t fold. The $20 bill inside was pretty faded also.

In the evening, I took my big lens and went back to the beavers up the road. They came and greeted me and let me get some decent pictures. Mitzy and I went there again last night and they were right over to see us.

Aileen gave me a haircut the other day and this morning she tackled Mitzy. The clippers don’t work ass well on Mitzy’s fine hair. We are going to have to get a proper set of dog shears.

This afternoon we went for a tour of the Parks Canada Dredge #4. It is amazing how much gravel they processed while extracting gold. They totally annihilated the valley bottoms.

Tonight we went for a two hour ride on the Klondike Spirit and side paddle wheeler. We pre-booked supper onboard and the trip was fun. Not great for pictures as the forest fire smoke is intensifying all around here. We were entertained by some skinny dippers at one point. Note this was to be posted July 7th but the internet wouldn’t co-operate so is being done July 8th.

Posted by John and Aileen on the road at 8:39 AM