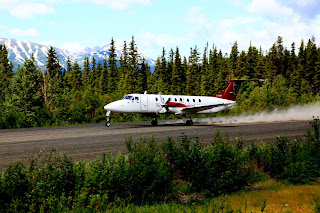 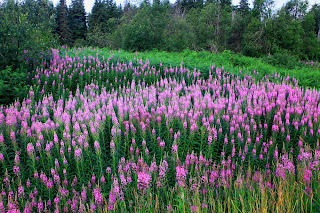 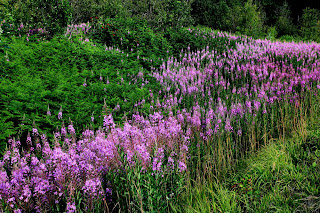 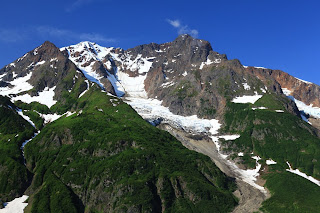 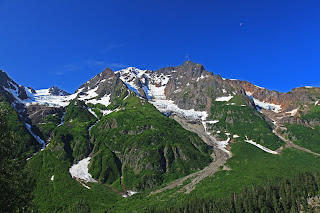 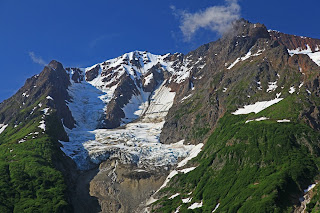 Mountains on the way in to Stewart, BC 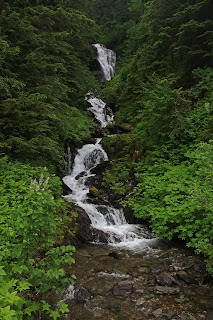 A little waterfall beyond Hyder, AK 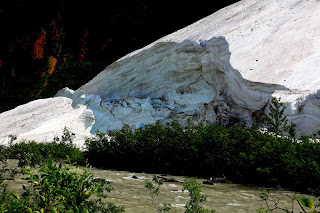 Glacier beside the highway 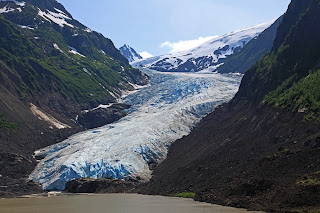 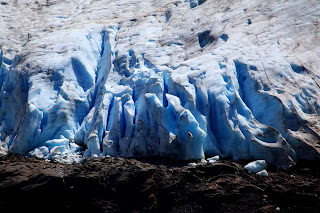 And some of us aren’t too thrilled getting back to the hustle and bustle and crowds and traffic behind etc.! It’s so easy to fall into the peace of the north country even with the nasty bugs. However, the long cold winters would be something else all together. We spent two nights at . Our site was right at the lakeshore and it is a very pretty lake. Interestingly, when we first arrived, I got chatting with the guy two sites over who happened to be from (for those not family, that’s where I was born as was my father and my father’s mother). Anyway, the long and the short of it is that his wife lived on the farm next to us back in the late 50’s and she played with my siblings. She is in even in group pictures of my siblings and neighbour kids I took in 1959 with my first camera. I hadn’t seen her since 1961. For those in the know, I’m speaking of Terry Middlemiss. We had several great visits with her and her husband Terry. Terry and Terry have done the same as us and rented their house out and hit the road for a year at least.

We also had several great visits with a couple from , Susan and Hal who were parked next to us at Dease and again at Meziadin. We also met them at a lunch stop beside Bob Quinn airstrip and were all amazed when the plane landed beside us. Meeting so many friendly people has been one of the real highlights of our travels.

Yesterday was spent in traveling into Stewart and Hyder. was a real disappointment. It just seemed like a grubby little town that didn’t know what it should be doing. I just couldn’t work up the ambition to take pictures in either town. We drove a ways beyond Hyder but it was dusty and overcast and I didn’t think we’d get any glacier shots. We saw one black bear just north of Meziadin on our way from Boya and that was it for the whole of Highway 37 which people had told me was a hotspot for wildlife of several types. We only traveled about 140 kms yesterday but with all the photo stops we were gone from 9-5! The lighting was very good and the mountains are great with their many glaciers and snow fields.

We left this morning and drove to Smithers where we are in the beautiful little city park and campground alongside the . Aileen managed a nap while I went in search of a truck oil change. We decided to go out for supper but it turned out to be not the best plan. The restaurant we went to had good food when we finally got it but we waited over an hour. We did get free dessert out of them (not that we needed it!) and later Aileen and I talked to different people who told us they are notorious for that. Why can’t we talk to those people before we decide where to go? After supper we did some grocery shopping. It’s taking a bit of getting used to having dark nights again.