ALMOST TIME FOR A CHANGE OF SCENERY

The neighbourhood is nearly full now.  Renters are in the park model behind us and Terry and Sandi to our west just arrived.  Sandy and her sister to our east arrived a few days ago.  We have thirteen ATVs on our block this year.
The number of ATVers riding this year seems to be up.  I’ve had groups of eighteen to twenty one lately and on Thursday there were other groups out with nearly as many.  There were several large groups of Jeeps as well.  Our riding area seems quite a bit busier than past years at this time.
We took a road trip with friends Richard and Judy last Sunday down to Oracle then through the San Pedro Valley and came out on I-10 at Benson.  Took I-10 back to Casa Grande then home.  We all got to see some new country and different scenery.  I led three rides this week, two with the club and one on Wednesday with just us Richard and Judy and Mike and Wendy.  Wendy doesn’t function well in a large group so she had a good day with just the few of us.
We managed to fit in a card night with Ken and Marie playing Sets this time.  We played one game then had hamburgers for supper and then two more later.
We will probably head out to the Quartzsite area sometime this coming week for a change of scenery. No idea how long we will be away this year.  We will take the General as well as the car so we will have the option of both off road travel and the ability to take some road trips. 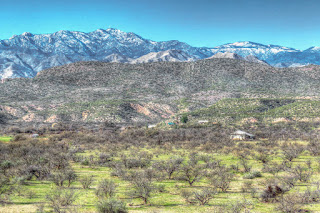 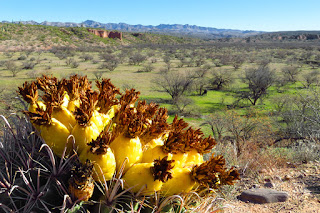 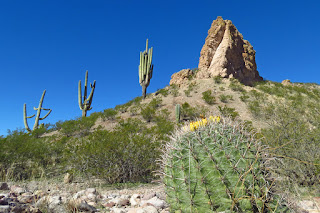 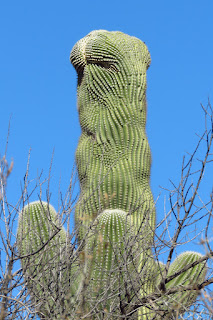 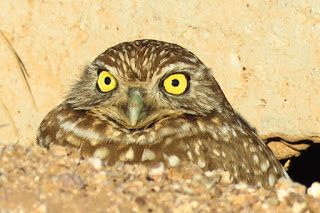 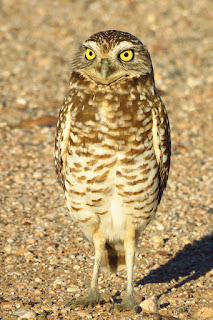 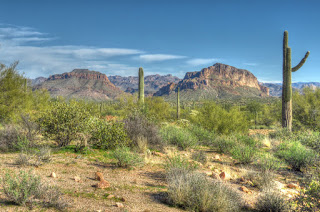 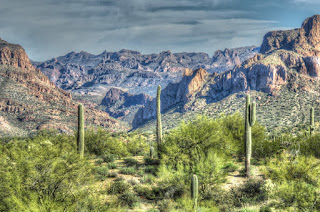 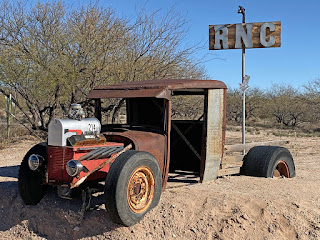 Just north of Benson we spotted this rat rod mailbox 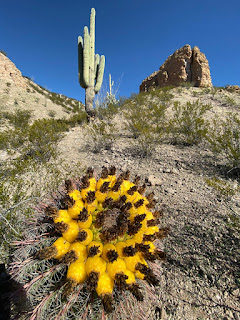 Barrel cactus in front, Saguaro behind. 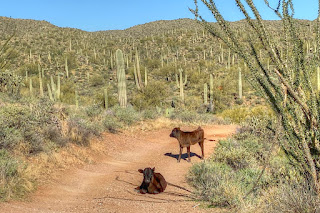 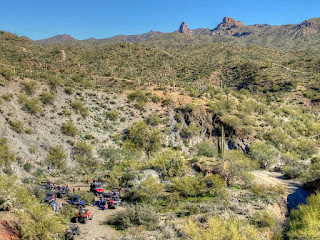 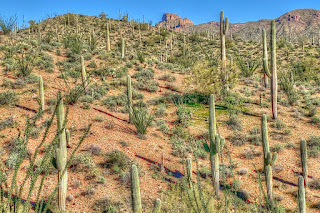 Some of our desert scenery 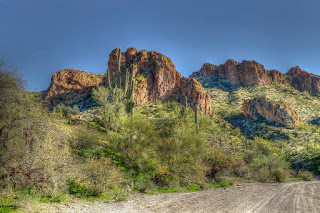 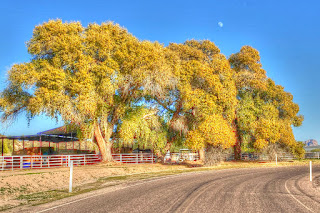 January fall colour near Florence, in a few short weeks the trees will again be green. 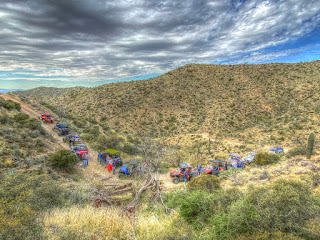 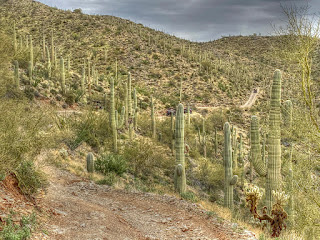 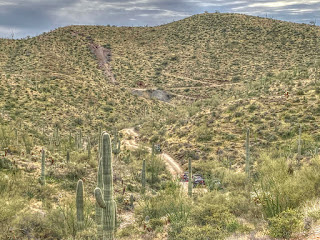 Old mines on the far hillside

Posted by John and Aileen on the road at 8:36 AM