RALLY OVER, GEOCACHING AND THE RAINS CAME

Yes, the last rally of the year is done and gone.  We had a good time again.  No campfires this time because of the extreme fire conditions but lots of card games.  Aileen was food host this time and she, with her helpers, prepared a great totally gluten free supper one night.  There was lots of food left over so we used it as a basis for a potluck the next evening.  Rather than have most of us get together at a restaurant for supper where it is always way too noisy, we split off into smaller groups this time and that was very successful.  Our group of six went to Union Street Grill which has lots of great gluten free food and we had wonderful evening quietly getting to know each other better.  One morning we visited a distant relative that we met nine years ago at a family reunion.  Sharon and I share the same great grandfather.  Not sure how many times removed that would be!
From the rally we moved about 20 kms up to Miracle Beach Provincial Park to camp with Aileen's sister, Anne and her husband John.  John and I did quite a bit of geocaching, mostly walking trails.  Partway through the rally we had some light rain but our second day at the park, the skies really opened up.  We spent Sunday morning going to Costco and it was really raining when we went in and still when we came out.  We had a nice meal at the Union Street Grill then in the evening went with Anne and John for supper with their daughters and grandson at Boston Pizza in Coutenay.  Aileen had safe meals at both places so that was good.
We moved back to Errington on Wednesday as the car was going for service in Nanaimo on Thursday.   Someone from Nanaimo Honda emailed me wanting to know if they could buy our CRV as they had a buyer looking just that model.  I emailed back and said why would I do that since Honda no longer makes a vehicle that can be flat towed behind my motor home and I would then have to buy an inferior vehicle from one of his competitors!   No reply was forthcoming.
Aileen and I went to Nanaimo today looking for a light jacket for her.  We finally found one in Cabelas.  While wandering around, we happened to meet one of my cousins.  Debbie and her husband Dale live in Hudson's Hope in Northern BC.  I last saw her at her mother's funeral in 2017 and before that was many years ago.  Debbie is friends with some Kyllos up there who are nephews of our Kyllo friends in Salmon Arm.
We plan to stay here in Errington until later in the month when we'll move down to Richard and Robin's for a few days before leaving the Island to begin our journey south.  Aileen still has an eye appointment on October 1 to deal with.  She is still having a lot of difficulty with her left eye in particular.  We plan to get together with Cousin Bill for lunch in Campbell River and we intend to visit John and Alethea on Gabriola Island.  We hope to visit some of the local family while we're still here as well. 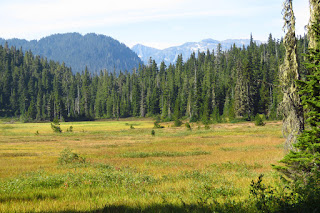 While at the rally, I led a small group on a walk around Paradise Meadows on Mt Washington 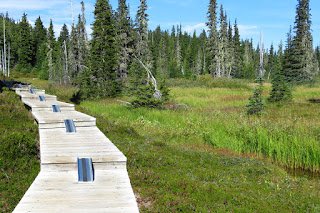 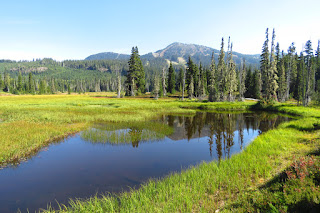 Some of the ski runs on Mt Washington in the background 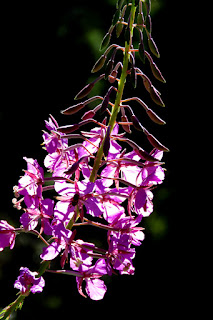 Fireweed still blooming up in the alpine 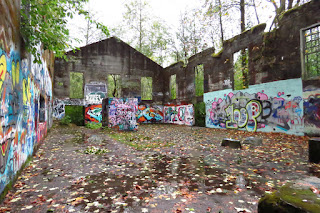 One of our geocaching adventures took us past this old cement building that may have been a power house back in the day.  Lots of paint used lately. 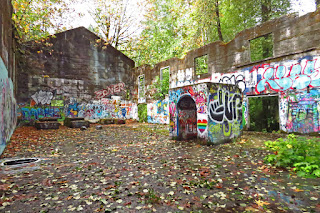 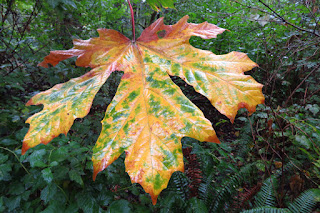 Bigleaf Maple on a damp morning 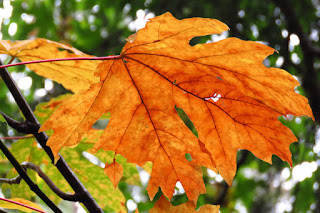 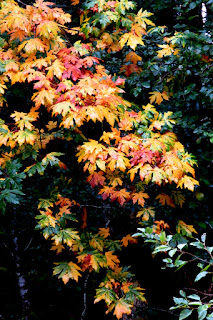 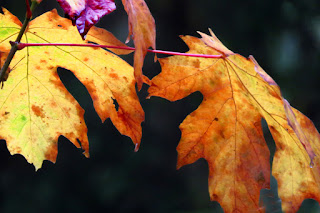 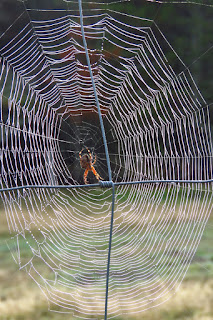 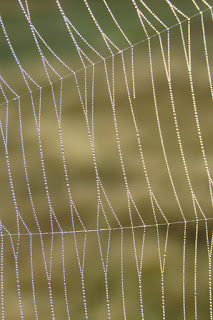 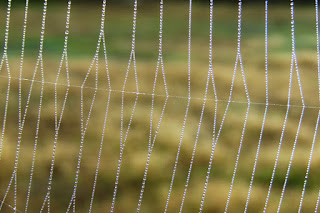 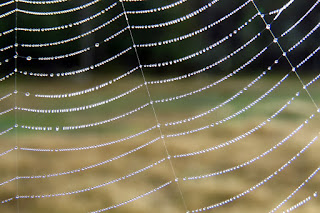 Closer view of the spider next 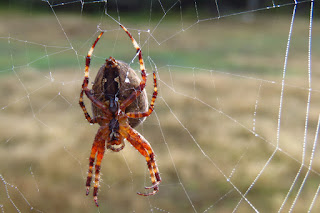 Posted by John and Aileen on the road at 9:18 PM