As planned, our ATV club friends from Florence began arriving on Tuesday.  One couple made the three plus hour drive over Wednesday morning which was our first ride day.  Their friends drove the 75 miles down from Lake Havasu that morning to ride with them on day one.   Aileen took a rest day on Thursday as she had already been to Dripping Spring but rode with us the other two days.  Yesterday, we invited a couple camped just across from us to ride along.  They are newly retired from Spokane and brand new at ATVing.  They had just a few miles on their brand new machine and those miles were put on in flat terrain.  Well, they and their machine were all well broken in by day’s end!  They claimed they weren’t too traumatized. We had a great time with great weather and great friends all three days.  We seemed to spend most of the day laughing and the rock hounds in the group were ecstatic with some of the areas I took them to.


Several said they wanted to come here again next year.  Not sure how I would be able to top this year’s rides.  I guess I will just have to get out and discover some new areas.  The BLM which is the government agency that oversees the desert area here is talking about closing a bunch of the ATV trails which would be disastrous for the local economy as ATVing is a large part of the reason people flock to Quartzsite.   The town and merchants are all actively lobbying against the closures and there is a meeting coming on January 23 that promises to be quite contentious. 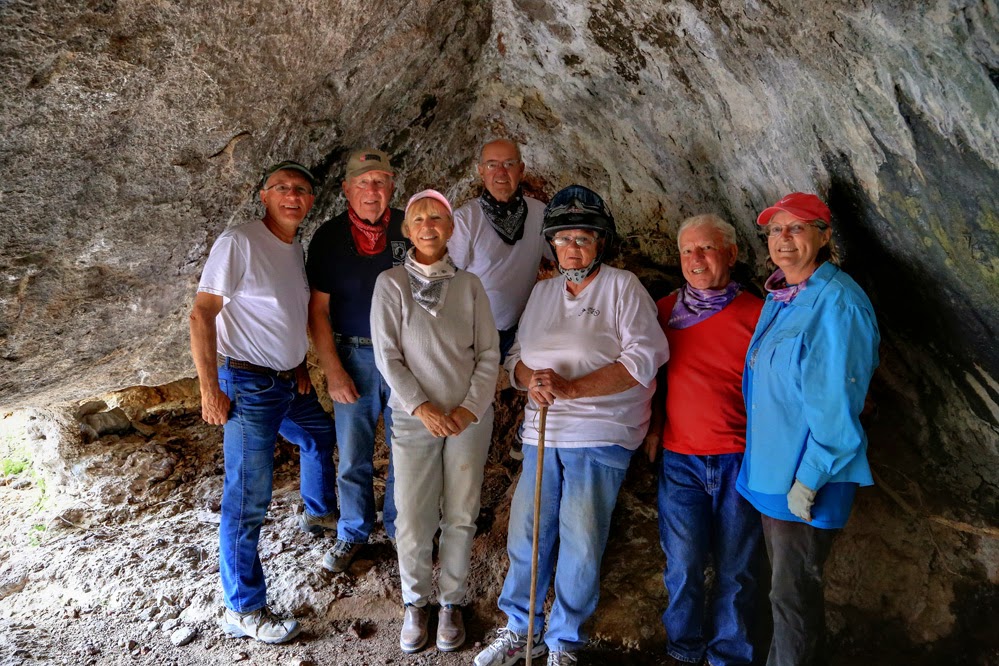 Inside the cave at Dripping Spring on Thursday 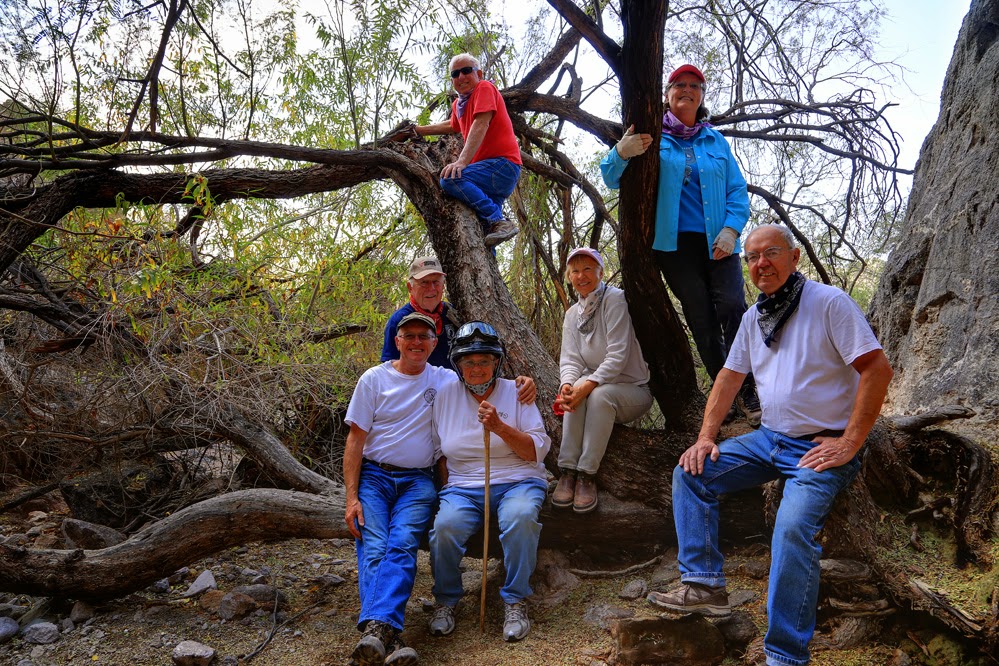 Outside the cave at Dripping Spring 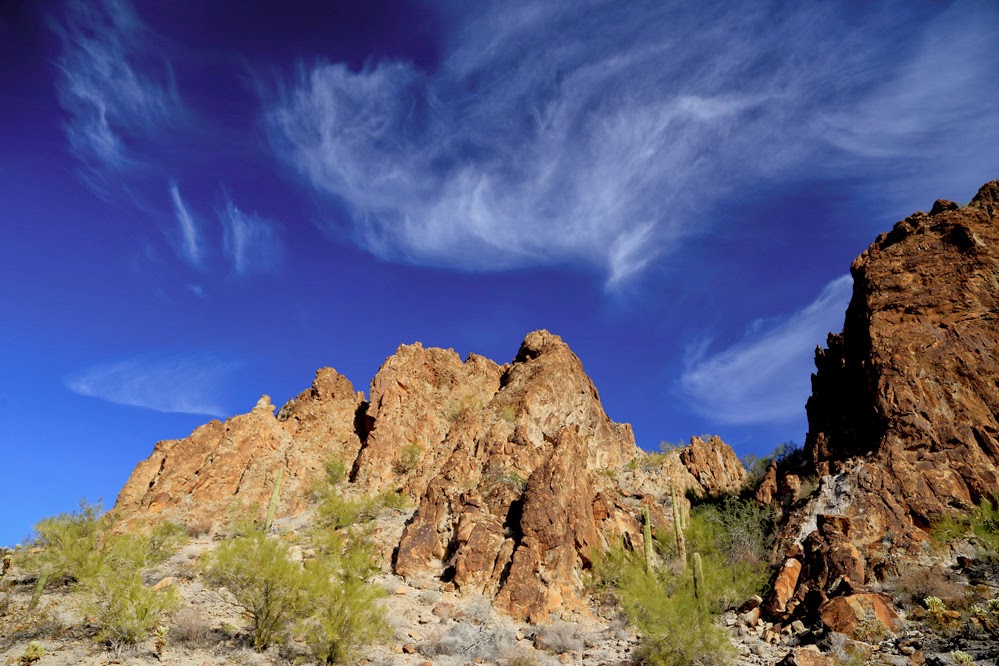 Near Dripping Spring.  Can you see the owl in the clouds?

See it now?  Looks like an owl in flight to me. 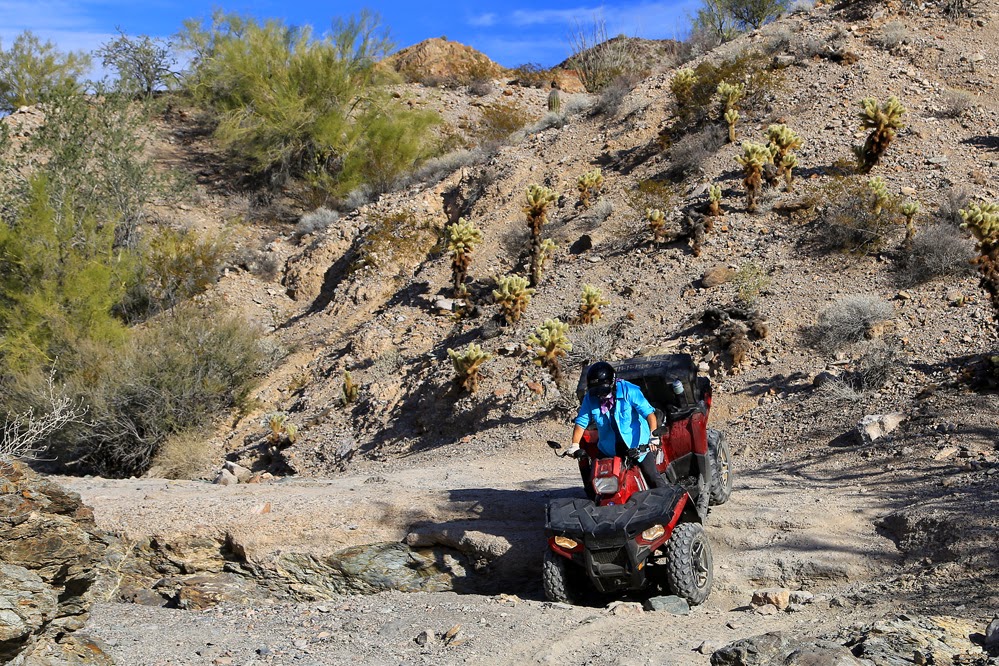 A few of the more challenging areas below Dripping Spring 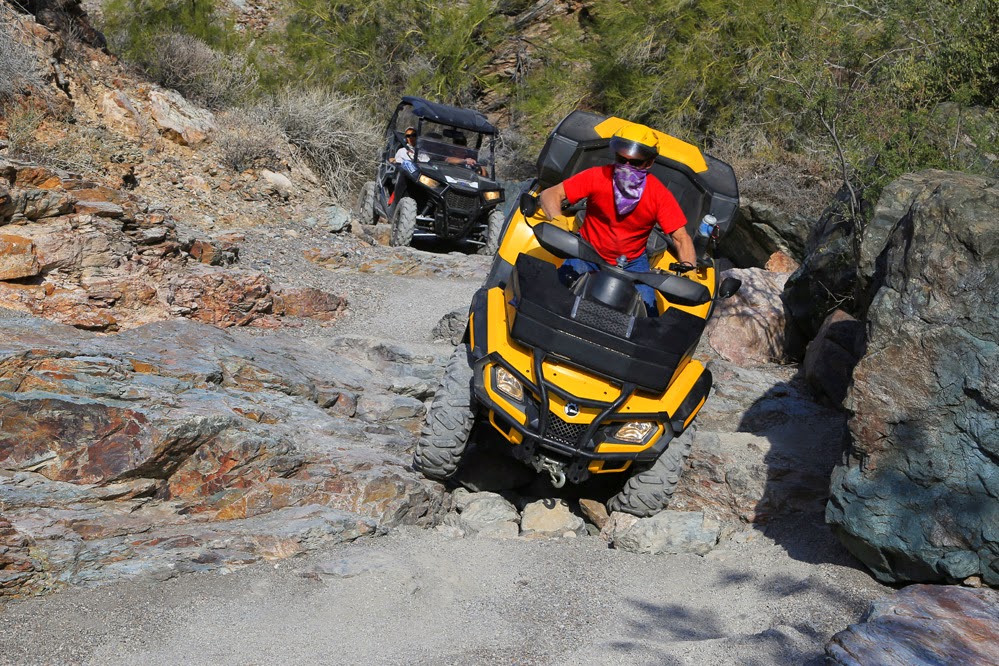 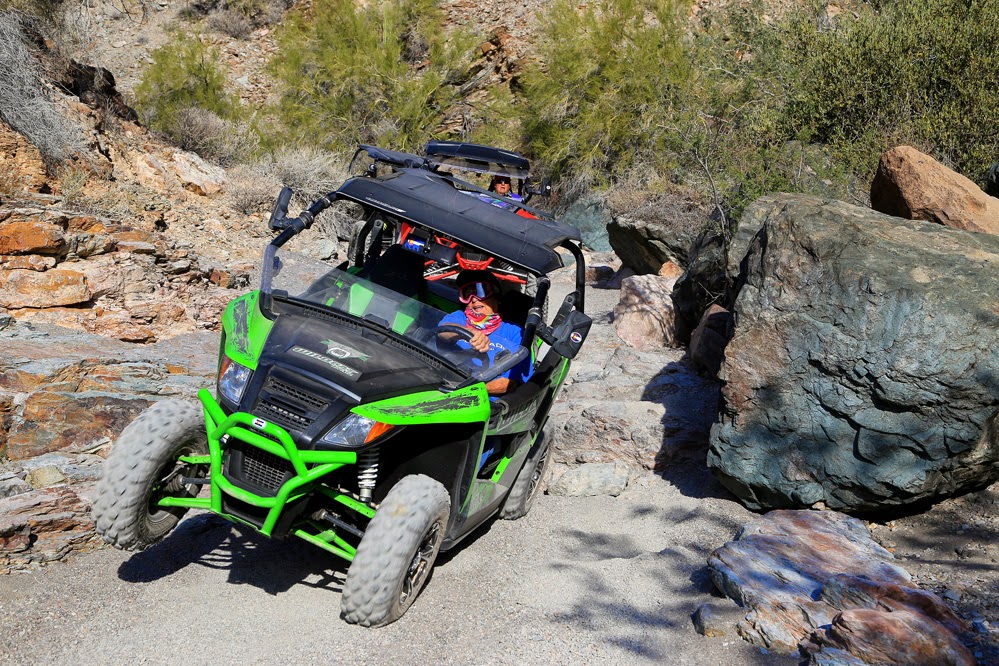 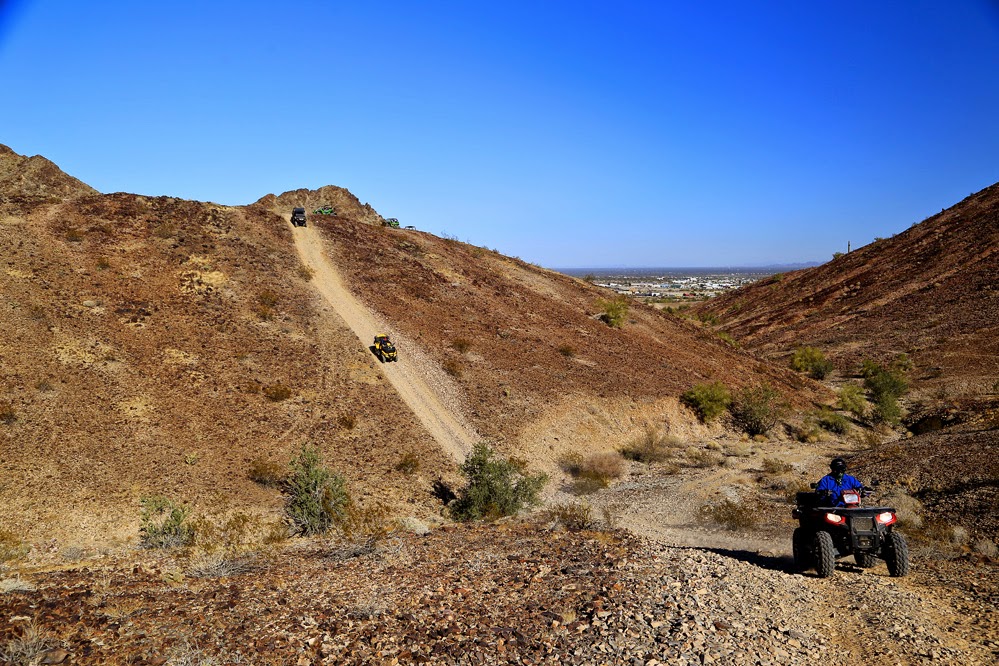 This was Friday's ride.  One of the more exciting spots. 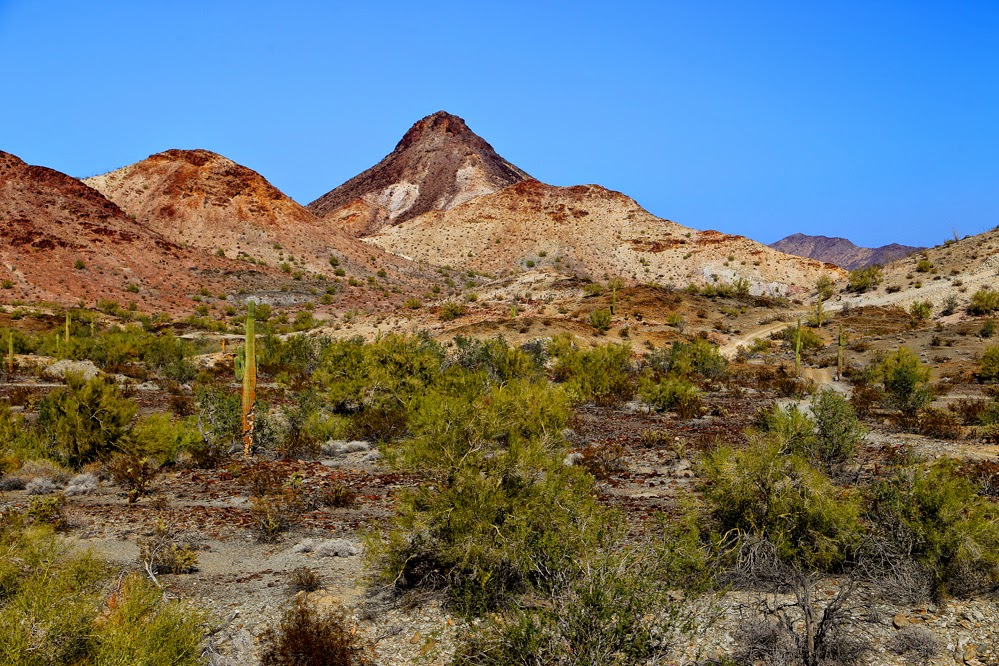 In the desert west of Quartzsite 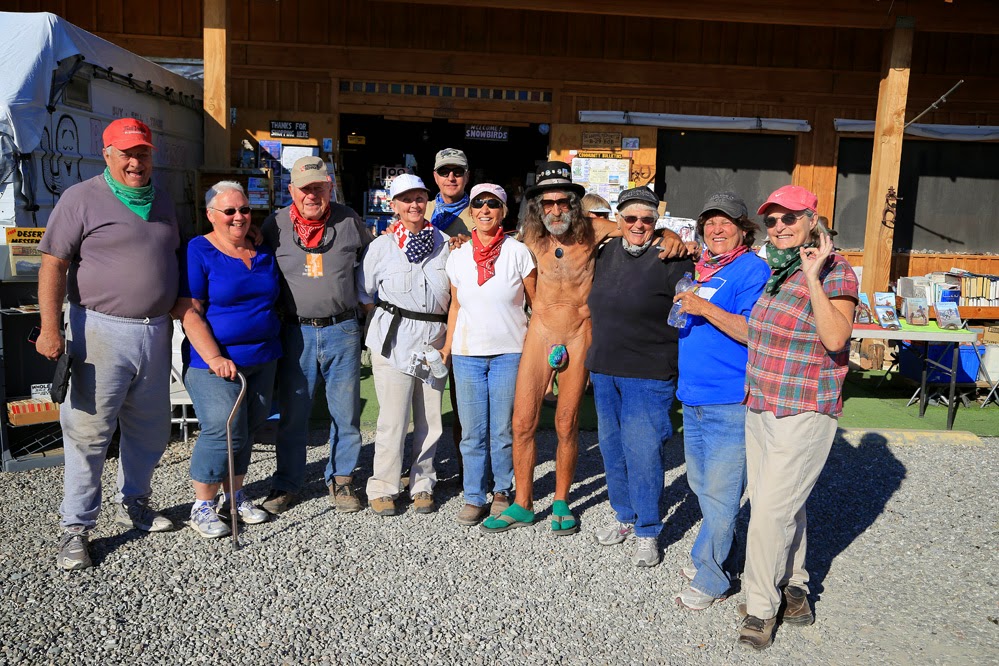 Most of the group wanted to visit the Naked Bookseller, Paul Winer.  At 71, his years of sun exposure have not been kind to him but he is a very outgoing chap and really knows his stuff when it comes to books.  He is also a very talented pianist and plays a mean boogey woogey style.  He recently had a sold out concert in New York and performs several times a year in Quartzsite.