THIS MIGHT BE OUR LAST MOOCHDOCKING ON THE ISLAND THIS YEAR

Summer is winding down quickly and next week we will head up to Seal Bay for the fall Escapees RV Club rally.  We have been covering lots of ground since we came down to Duncan.  We went to Nanaimo for the RV group lunch one day.  We've been to Victoria three times.  The first one was to take Bev D out for her birthday lunch.  The second to Victoria was to meet Richard and bring Georgia back to the motor home for the night as this was moving week for them and then we took her home yesterday and had a peek at the new house.   On Monday, we drove to Port Renfrew via Lake Cowichan and spent some time at Botany Bay and Botanical Beach.  We had perfect weather at the ocean and it wasn't too busy either.   We picked up four geocaches in the park and another twenty five on the way home.   And then, on Tuesday, we drove up to Parksville for my sibling's supper.  All eight of my brothers and sisters attended with their spouses.  No mean feat in these busy days.
We don't have formalized plans yet but after the rally ends on September 7th, we will stick around a few days then head for Salmon Arm for a short time before going to Penticton just after mid month.  Aileen will stay there in the motor home while I attend the PSA photo convention in Spokane.  After the convention, we will have a little over two weeks to do something else before we can cross the border and head south for the winter.  By the way, moochdocking is what I call parking in family or friend's driveways. 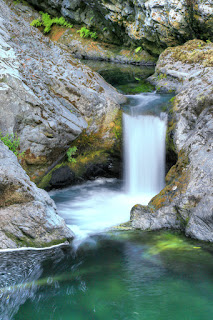 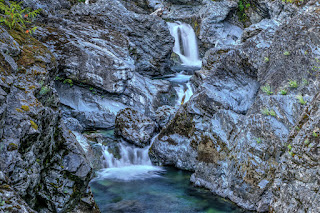 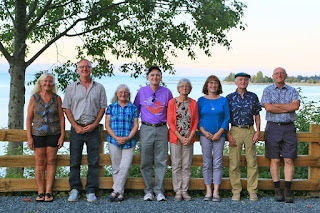 My siblings, that's me on the right.  We are lined up by age. 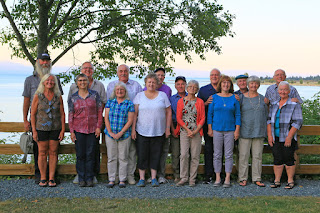 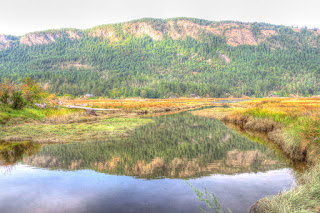 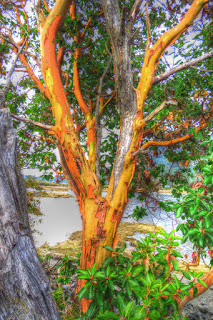 An Arbutus tree along the ocean shore 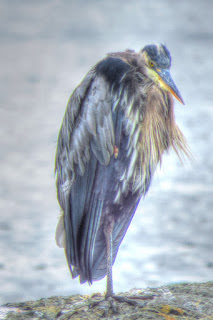 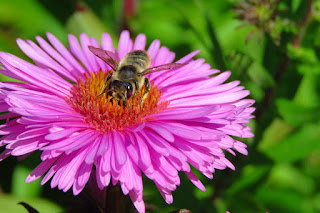 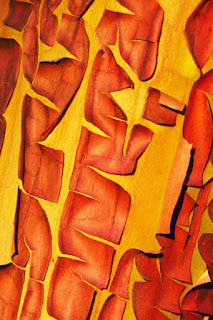 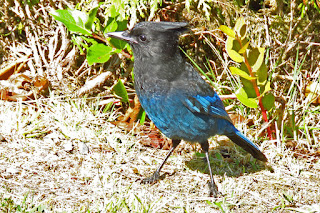 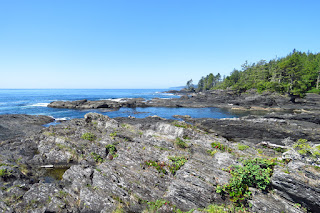 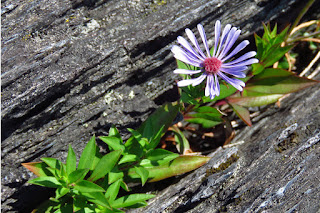 Growing in a crack on the rocky bluff beside the ocean 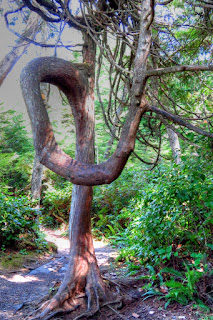 Twisty tree on the path 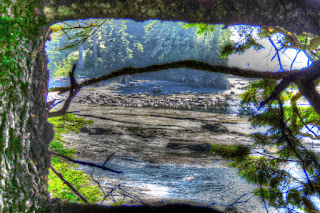 A window on the seashore from the forest path 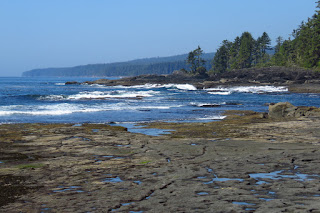 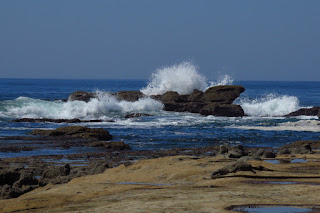 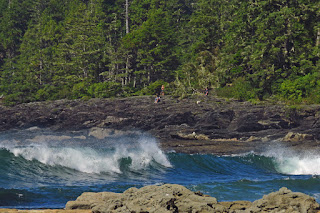 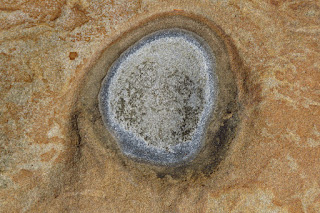 These rocks embedded in the sandstone were intriguing 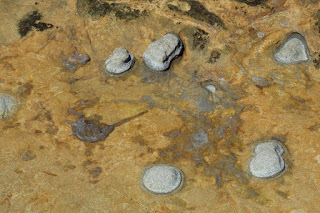 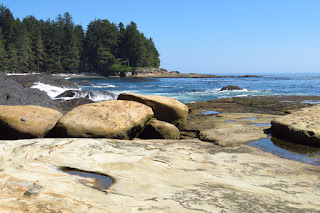 The infamous Fairy Lake Hemlock in the lake.  I have seen photos of this little tree from all over, mostly on Facebook but in other media as well. 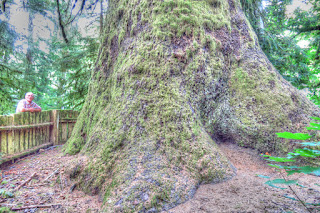 The monstrous Harris Creek Spruce.  I am standing even with it for perspective

Posted by John and Aileen on the road at 2:10 PM