WE GET A GRANDDAUGHTER VISIT

Our son Richard brought our granddaughter Georgia up from Victoria today.  They are staying overnight with us in the motor home and will head home tomorrow sometime.    We all went down to Englishman River Falls Provincial Park after lunch and enjoyed a walk.  Lots of other people had the same idea.  I think all the parks are getting more use since the government rescinded the day use fees.
We made it up to Campbell River on Thursday and had a good visit with Cousin Bill.  We checked out a couple real estate listings while there but nothing very interesting.   A couple were old single wide trailers with additions and they both needed a lot of work.  One was quite moldy and would be better by doing a match reno; that’s lighting it up with a match!
Aileen and I went to the Coombs Country Opera last night and enjoyed the evening.  The local and Port Alberni Old Time Fiddlers opened and closed the evening.  In between was sort of an open mike with most performers and groups getting up and doing three songs.  There were some really good performances but as is usual with this type of venue, some were less than stellar.  It cost $5 each for nearly three hours of music.  The Coombs Country Opera will celebrate 36 years next month.
We had a pretty nice day with lots of sun today.  The past week has been very lousy for weather with several snow falls, some high winds and lots of rain.  Not much of the snow stayed on the ground fortunately.   We’re hoping the weather improves quickly now.
I’ve been noticing that quite a few of the bloggers I follow have left their winter abodes and have headed back to their summer locations or are at least starting to work their way there.   Next year we hope to go south later and not have to cross the border until mid April.  We had to come back so early this year because of going down before the middle of September for the Colorado Springs photo conference.   I think for the next few years if I want to attend the September conferences, I will fly down then right back again.  I have been watching enviously the pictures of the desert starting to flower from some of the blog posts plus the pictures sent out by my ATV friends. 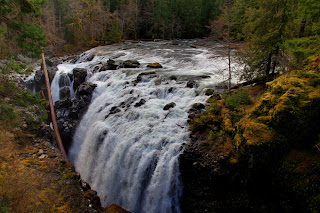 Englishman River Falls from the bridge 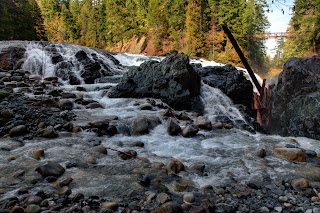 From the other side looking up to the bridge 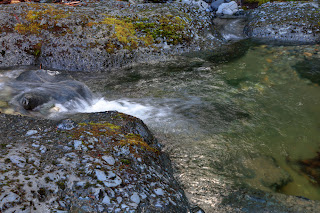 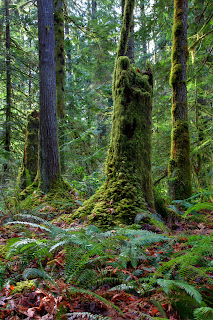 Ferns and mosses dominate the forest 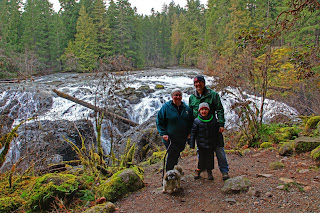 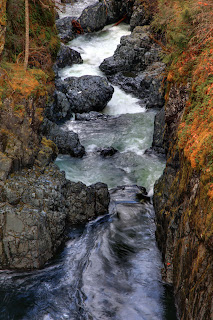 Looking downstream off the bridge

Posted by John and Aileen on the road at 8:48 PM