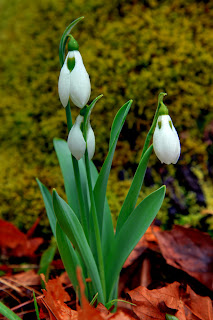 The weather has been all over the place recently.  We’ve had snow then minutes later the sun will be shining and nice and warm and within minutes it will be raining.  It sure is nice to be plugged in to power so we can have an electric heater running.
Chas and I went to visit our Mom the other night and she was doing fairly well.  She doesn’t seem to have lost any ground since last fall.  It is so good that she can be in a home where she is well cared for.
Aileen and I had another bonfire and burned up a lot of branches and debris.  We also burned off some dry grass.
We took a drive over to Port Alberni a couple days ago to poke around.  I had found an interesting little restaurant called Bare Bones, which advertised gluten free fish and chips, by typing in gluten free eating in Port Alberni.  They grilled some sockeye salmon for Aileen and their chips are always gluten free.  I had beer batter cod and chips and we both enjoyed our lunch.  Aileen had no ill effects later, which was good.
Aileen's sister Anne, and John, arrived midafternoon yesterday.  We visited awhile then went to Roong’s (Sheila’s Thai sister in law) Westhill Restaurant for supper at 5:30.  Chas and Sheila and Ethel and Terry (Sheila’s Mom and brother) joined us for a delicious supper.  John went home with Chas and Sheila to watch the Canucks get beaten in the hockey game while Aileen, Anne and I went to the Bluegrass show at the Rodeo grounds.  Ethel and Terry were there too.  There was some good music but some was a little loud.  We got to see Chris Stevens and John Milne from the Chris Stevens Band who are from Eagle Bay near Salmon Arm.  I’ve heard about them for years but never seen them perform.
As we approach noon today, it is beautifully sunny and blue skies.   Anne and John just left a few minutes ago to visit their son Mike in Port Alberni.  We hope to spend a month, or so, on Northern Vancouver Island with Anne and John this summer.
Posted by John and Aileen on the road at 11:56 AM